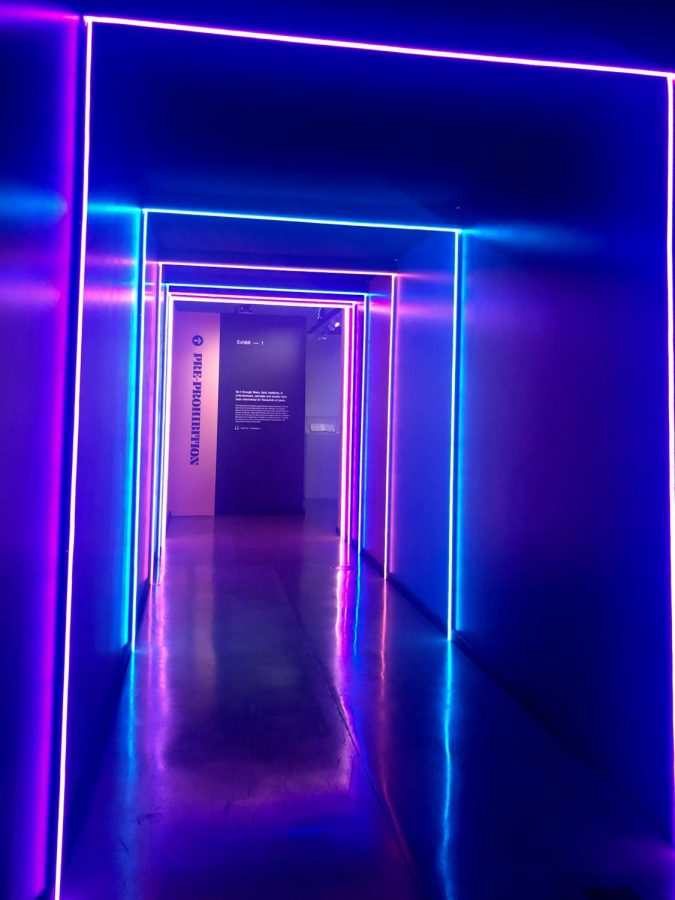 The Weedmaps Museum of Weed brings the compelling history of cannabis to life through its interactive exhibits. Covering everything from the plant, potheads, and the activists, each exhibit highlights a historic era in the plant’s long history. The museum includes seven immersive exhibits, all in chronological order, ranging from “Pre-Prohibition” to “Legalization.”

The main reason behind having such a museum is to increase awareness of its medicinal properties, as well as destigmatizing the plant, pointed out Madeline Donegan, the museum’s executive director, in an Aug. 2 article for Variety magazine.

A Seed of Hope:

The History of the Plant

Upon entering the museum, you are transported in time. Going back to early America, museum goers see the use of hemp, the fiber of the cannabis plant, as it was used for daily needs. As mentioned in their audio tour (available on http://bit.ly/MuseumofWeed for everyone), it has been rumored that the first American flag, sewn by Betsy Ross, was made from hemp.

At the end of the museum, patrons can also study the plant itself. With different strains and a detailed description of each part of the cannabis plant, all horticultural questions are answered in this immersive conclusion of the museum.

A Breakdown of the Pothead

What many people may not know before going into the museum, is that alongside alcohol, there was a prohibition on cannabis.

During its peak time in history, many industries that are included but not limited to the steel, cotton, and tobacco industries, decided to shift the opinion of the public against cannabis.

Movies played a major role in the spread

of misinformation. The film “Reefer Madness” (1936) is known as one of the most prominent pieces of anti-cannabis propaganda at this time. The film, which paints an inaccurate picture of the “stoner,” shows the protagonist of the movie descending into a psychotic episode after being pressured into smoking weed. Journalists were also responsible for the spreading of misinformation about cannabis through exaggerated stories, also known as “yellow journalism.” The word “marijuana” was even coined as a way to make cannabis sound foreign, and add to the anti-immigrant mindset that Americans were experiencing.

An Age of Revolution

After the Beat Generation came the post-war activism in the late 1950s, focusing on feminism, environmental issues, and the unnecessary destruction caused by the Vietnam War.

Over a decade after the protests, the Nixon administration introduced a set of policies, that are part of an era now known as the “War on Drugs,” which set forth harsh consequences such as decades-long sentences for the possession, consumption, and purchase of cannabis, as well as other drugs that were obtained illegally. It would be decades before the US would provide pardons for such strict sentences.

Though legal in certain states, the plant today is still considered a Schedule I drug on the federal level. Because of this, the sale of marijuana is restricted to cash only purchases, creating a new set of problems such as security for dispensaries. States like California, Alaska, Washington, and Illinois have legalized recreational use of weed, but laws vary on the transportation, consumption, and purchase of marijuana products.

The importance of having places like the Museum of Weed is to start and keep gaining the momentum of destigmatizing the use of the plant.

As of now, even with some states legalizing recreational weed, usage and activism for the plant is still considered taboo. The museum provides a fun and hands-on method of education, which is necessary in order to move forward with what’s next for the plant and its future.