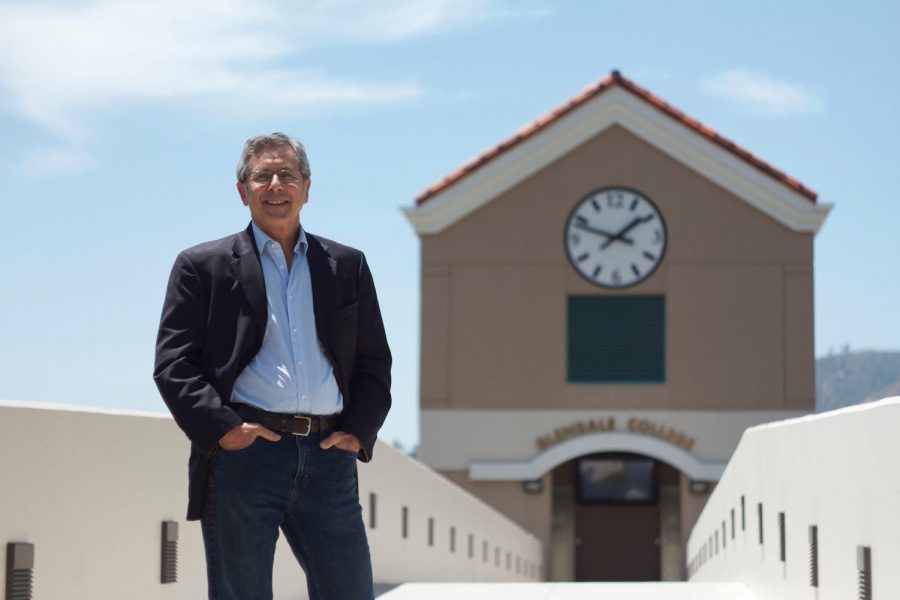 Daniel Brotman, climate activist, co-founder of the Glendale Environmental Coalition (GEC), and professor of economics at GCC is running for a seat on the Glendale City Council in 2020. Brotman has an extensive background in finance which includes working at the Federal Reserve and 18 years spent abroad in China, Taiwan, Singapore and Hong Kong where he worked in the private sector. He was planning to live a quiet life in Glendale teaching economics, tending to his garden, playing classical guitar and reading until the 2016 election happened. It was that political cycle that inspired him to get politically involved. He decided “to be an activist on the inside.” Brotman sat down with El Vaquero and talked about his campaign and the projects he seeks to develop.

Brotman and the GEC were instrumental in causing the City of Glendale to change their plan for the Grayson gas-powered power plant to one that will run on 65% clean energy.

According to Brotman, the city hadn’t really done any due diligence on the project or its environmental impact, and now that they have finally changed their plan after a bitter struggle with environmentalists and the GEC, Glendale will be saving about $174 million, which Brotman calculates, is about $875 for every man, woman, and child in the city. “They weren’t paying attention and that’s kind of reflective of how the city is,” Brotman said.

“We need a more activist council that’s looking out on the horizon saying, ‘Where are we headed and what are we going to do?’ and look at some of these things that are serious that we are facing like the climate crisis, the housing affordability crisis, the plastic waste crisis, homelessness and so many other things that don’t lend themselves to a business-as-usual approach anymore,” Brotman explained.

Brotman also pointed out that many of these crises are interlinked, like the transportation overload in Glendale and its lack of affordable housing, which causes many people to commute from other parts of L.A. He explained that many teachers and students at GCC cannot afford to live in Glendale and there are many other big businesses in Glendale whose workers drive to and from the city each working day, one person in each car.

Brotman’s priority is the environmental crisis and its many ramifications; climate, clean air, water and waste disposal methods. He seeks to reduce traffic in Glendale by making it more walkable and bikeable, and to give people more mass transit alternatives in order to reduce the number of  vehicle miles traveled.

Besides his ideas to reduce traffic and plastic waste, Brotman has many hopes for making Glendale a more environmentally-friendly place to live, including reflective “cool” roads and a tree cover for much of the city. “We need those trees,” he said.

Brotman said that many young people are under the strain of the inequality of housing and the imbalance of the climate issues that they face and some want to throw out the market system completely. He pointed out that in extreme cases students are forced to sleep in their cars due to the lack of affordable housing. “We are tinkering with these issues but we need to be more aggressive,” he said.

When asked about how to help, Brotman said that “students are traditionally low-propensity voters. They need to register, and then they need to go out and vote.” He also explained that changes are in place to make it very easy to vote in the next election and a voter will be able to register on the spot and cast his or her vote at any voting booth.