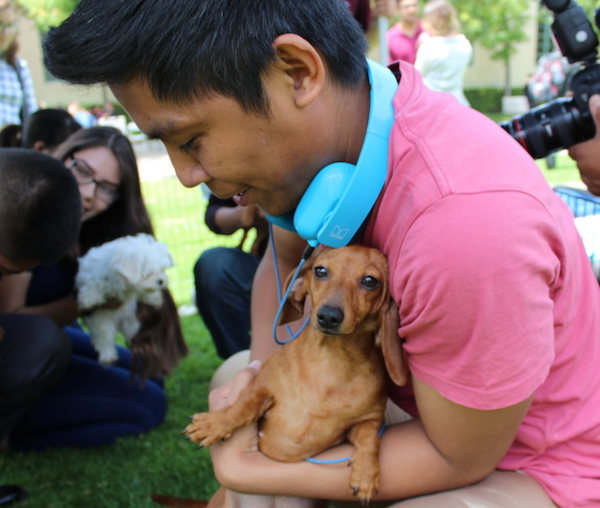 Louis Daza, a computer science major at GCC, gets his chance to pet a puppy.

ASGCC set up the event in Plaza Vaquero, where roughly 100 students patiently stood in line to get their chance to hangout with the adorable puppies.

A gated enclosure was put in place to keep the excited pups from exploring the campus, and students had one to two minutes to get their share of adorableness before they had to move on.

Students also received a gift bag, which contained a Scantron, a pen, juice box, chips, and some bubble wrap for additional de-stressing.