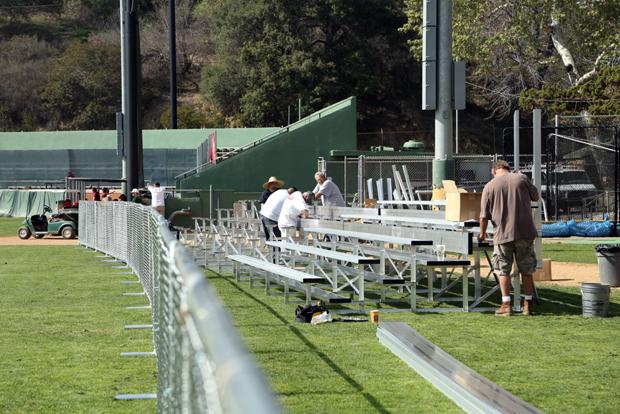 Construction began on the new temporary aluminum bleachers at Stengel Field Saturday, that will accommodate baseball fans until this summer. Glendale Unified School District trucks line the driveway outside the stadium.

The old bleachers were closed and fenced off by the city last October after the city had condemned the structure.

The new bleachers are set up along the third base line in rows of four. However, this could present a safety issue with wild foul balls racing up the line. The fence that is being built in front of the bleachers is only about four feet high.

No work will be done on the bleachers behind home plate until the summer, so for now fans will have to sit in the existing two-row seats that are at the bottom of the grandstands on the cement walkway.

Look for the full scoop in the March 5th issue of El Vaquero.