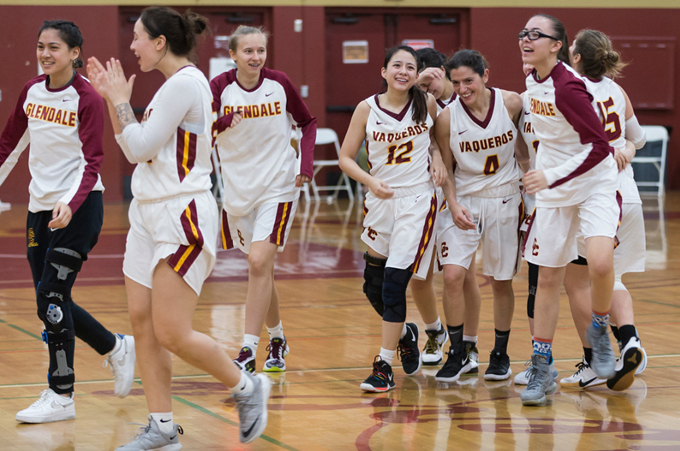 The women’s basketball team set numerous records as they finished their season with a dominating win against Citrus College with a score of 71-46. In this win, the team made a school record of 17 three-pointers out of 43 attempts. Despite losing their first game of the season, the Lady Vaqs started on an absolute tear as they went on a 21-game win streak, another one of many new records they set.

That run would come to an unfortunate end with a loss against LA Valley College. The loss inspired the team to win their final five games, punching their ticket into the playoffs. They also ended the season with the WSC South Title, just their second in two years, another school record.

Their 26 wins this season was another milestone that bested last year’s previous record of 21 wins. During their season, the team averaged 64.9 points per game, while accumulating a field goal percentage  of 41.8, three-point percentage of 34.5, free-throw percentage of 68.2, 29.4 rebounds per game, and 14.1 assists per game.

Their dominating season had GCC tied for third in Southern California, and fifth in the state, the highest rankings in school history.

The Lady Vaqs already got off to a good start in the playoffs as they beat East LA on Feb. 29. Tess Oakley-Stilson once again showed off her offensive prowess by leading the team with 26 points. Oganyan had three steals and a game-high nine rebounds. Zoe Rouse also scored 14 points while acquiring two rebounds and six assists.

That run however would come to an unfortunate end as the team was defeated by Palomar by a score of 53-47. Injuries plagued the team as Tess Oakley-Stilson suffered a foot injury minutes into the game. She would continue to play the remainder of the game, but wouldn’t be as effective. This game also marked the first time the team would suffer a loss at home this season. The Lady Vaqs started off strong but Palomar came back and proved to be a lot more than they could handle. Trieu led the team with 14 points while Oganyan and Jada Aldana both collected seven rebounds.

While they could not have gotten a win, their effort and determination shown this season will not be forgotten.