An Observation About Andy Reid 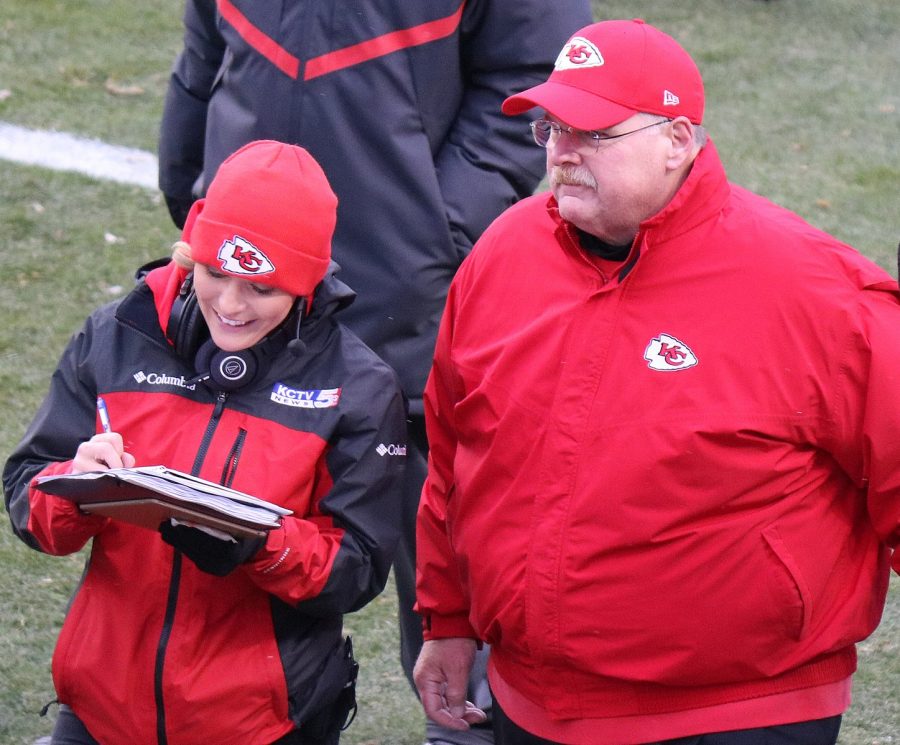 It has been just over a month since the Kansas City Chiefs won Super Bowl 54 with a score of 31-20 over the San Francisco 49ers on Feb. 2 in Miami.The cheering has died down, the confetti has been cleaned up off the field, and the celebratory parades have come and gone.

Back here in Glendale and specifically at Glendale College, our own celebration of appreciation for our native son and former student-athlete Andy Reid continues, and is not likely to taper off any time soon. For those of us who know or have met Coach Reid, winning the Super Bowl was a crowning achievement in a career that has spanned 21 years as an NFL head coach and many years beyond that studying, learning, and developing his craft. All of that brought him to that unbelievable night in Miami holding the Super Bowl Trophy that has, until now,  eluded him and the teams he has coached.

If you watched the game coverage after the game concluded, it was easy to see that “Big Red,” as he is fondly known as, was happier for everyone connected to the team than he was for himself. Players, coaches, staffers, volunteers, and families were all winners that night not just because he said so but because anybody connected to Reid has always been part of his extended family.

The Andy Reid coaching tree extends far and wide, and anybody who has at least held a clipboard or coordinated an offense or defense is held in reverence because they are part of his team. Over the years, many of his former assistants have earned NFL head coaching jobs, among them John Harbaugh and Doug Pederson, who have gone on to win Super Bowls over the past several years as the Baltimore Ravens and the Philadelphia Eagles coaches, respectively. It was Andy Reid who was one of the first callers to congratulate Pederson after the Eagles won, so happy for his former coach and the city that opened its arms to him when he was hired in 1999.

It is not a stretch to say that Andy Reid was the biggest story leading up to the big game, and he certainly was for us in Glendale and in the Los Feliz area of Los Angeles where he grew up. Former GCC Head Football Coach, John Cicuto, a longtime friend and Reid’s  former teammates, Jimmy Evangelatos and Bob Gagliano, were contacted for their recollections about Andy Reid by ESPN. They came to GCC to film the field and the scoreboard he donated, and filmed his teammates watching old game film showing Reid playing offensive guard for the Vaqueros in 1976-77, where he was also the placekicker, with Evangelatos as the holder.

Certainly this story would probably not be written had the Chiefs not made the necessary adjustments in the second half against the 49ers to turn a 20-10 deficit into a 31-20 victory. Much like the makeup of their coach, Kansas City did not panic but instead pulled together to rally, take the lead, and ultimately the victory. It was a methodical process developed by a man who has coached the game for over 40 years and orchestrated it in a way that defies logic for anybody on the outside looking in.

Andy Reid was a winner before he clutched that Super Bowl trophy in his hands last month but not for anything that has to do with football. He is a winner in the game of life.

Below is a  list of his career highlights as a player and a coach:

He played football at GCC in 1976-77 for Head Coach Jim Sartoris.

After several college coaching jobs, Reid was hired by the Green Bay Packers in 1992.

As the QB Coach to Brett Farve, the Packers won Super Bowl 31 over the New England Patriots 35-21.

Reid led the Kansas City Chiefs to the Super Bowl this year after falling to the Patriots in AFC Championship game in 2019.

His career record of 221 wins is sixth all-time.

He is a 2003 inductee into the GCC Athletic Hall of Fame as an individual, and in 2015 as a member of the 1977 WSC Champion Football Team.

Andy Reid’s association with Glendale College remains strong to this day, as he was the major donor for Sartoris Field in 2005.