A detailed breakdown of the intense fall sports season 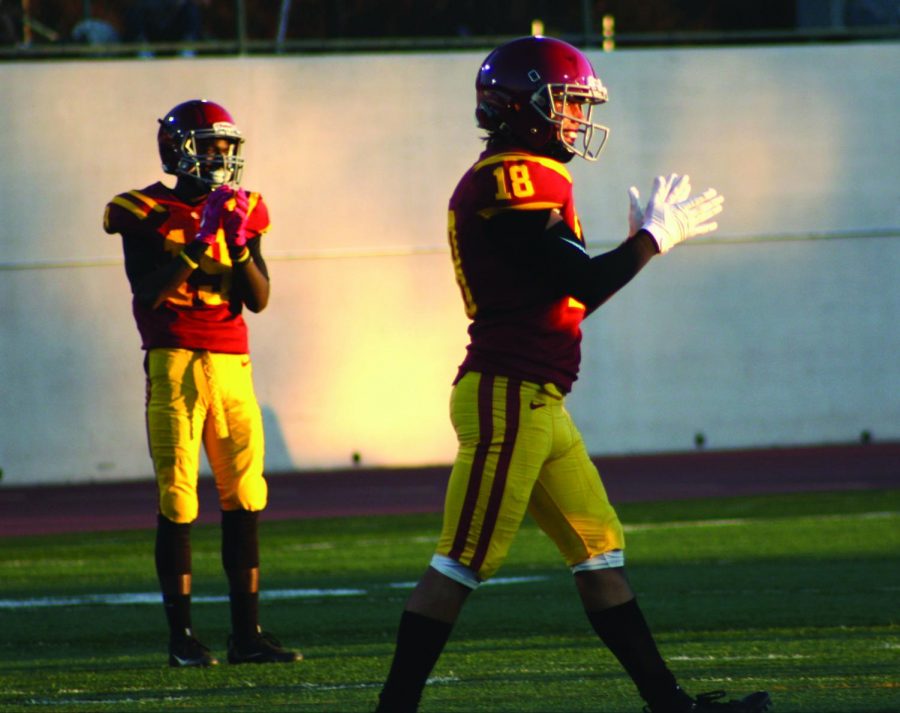 The month of September saw its highs and lows for Glendale College Athletics. Here’s a recap of GCC’s sports for this month:

Women’s Soccer. With a quick turnaround from last season, the Glendale Community College women’s soccer team began the season by playing home against Compton Community College. In the early stages, it was a stalemate that was broken early on by Adriana Sarukhanyan who  scored the first goal of the season. This would be the only goal of the game as the Lady Vaqs won.

The team then faced the Imperial Valley College Arabs on September, 4th on their home field. This would be the real test for the team. They started off strong, completing their passes and getting the shots on goal. Unfortunately, the Arabs got out to an early one – nill lead. The Lady Vaqs then got the equalizing goal by Elsa Rocha to even the score at one a piece.

Right at the second half, the GCC team established their dominance and Adriana Sarukhanyan put the team up one to two. This would only be the start as Haley Tsarofski knocked in two goals to extend the lead, one to four. GCC put up a comfortable lead and many of the players were able to be rotated.

As the final moments of the game drew near, Adriana Sarukhanyan pushed the lead five to one. In six games the Lady Vaqs would go on to win three, tie twice and only lose once.

Men & Women’s Cross Country. Both Men’s and Women’s Cross Country teams excelled early in their season. The women’s team completed five races and are ranked number one in the state. The teams are on a roll and both have gone as far as to compete against top division athletes. The Women’s team is lead by Jennifer Perez-Cazarez. On the Men’s side the team is just as dominant as they blaze through the competition.

The Men’s Cross Country team is lead by Spencer Geck, who finished third over all across the four mile course in the WSC Preview Meet. Both Men’s and Women’s Cross Country are aiming to finish the season chasing the state title.

Men’s Soccer. The Glendale Community College Men’s soccer team had been searching for their first victory in the month of September. The Vaqs began the season at home against the Fullerton College Bees. The Vaqs put up a strong offensive effort but unfortunately came up empty on all their scoring opportunities.

The team would look to bounce back moving forward and focus on putting up a win early in the season. Unfortunately, the months of August and September has not panned out the way they envisioned it.

Women’s Volleyball. The Women’s Volleyball team has seen its side of come from behind wins. The team is lead by co-captains Jennifer Frasco and Caleigh Panzarini. Both players are the only two returning starters for the team and this season they will rely heavily on their experience to lead this team.

With the summer months gone, the team has pulled off upsets and lost nailbitters, but they worked hard and fought. The Lady Vaqs started the month off dropping the first two games at Mt. San Antonio and L.A. Harbor.

The team was looking to bounce back with their home opener against Cal Lutheran JV. The game started in favor of the Lady Vaqs as they easily took the first two games. The team began to get complacent and started playing poorly and eventually dropped the next two, forcing a decisive game five. The anxiety started looming and the idea blowing a 2-0 lead was real but the Vaqs kept calm and played smart. The team pulled out a 15-11 victory against Cal Lutheran.

The Lady Vaqs continued this trend and went on to beat LA Mission and San Bernardino Valley. The team went on a three game win streak before losing too West LA three games to one.

Football. The GCC football team began the season at Antelope Valley. For the first quarter, the Vaqs held the Marauders to only a field goal. The Vaqs then marched down the field only to put up a field goal of their own to make it a three to three game.

The Marauders answered back with a three play, 95 yard touchdown drive that put them up 10 to 3. In the closing seconds of the half running back Adayus Robertson, scored a last second touchdown to cut the lead to 10-9. Unfortunately, those would be the only points the team would be able to put up as they were shut out by Imperial Valley to a score of 23-9. GCC would go on to lose the next four games to Pasadena, Moorepark, Mount San Jacinto and West LA in the month of September.