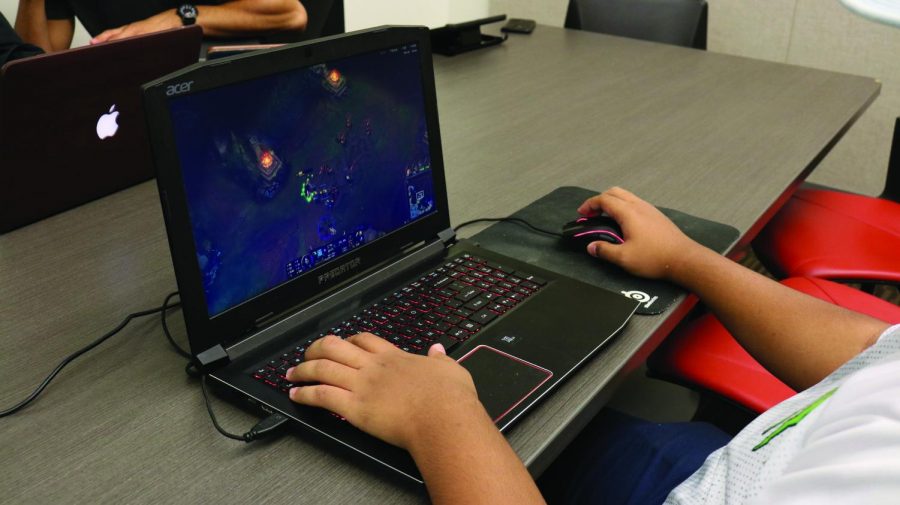 Glendale college is engaged in Profesional gaming with their own eSports Club.

ney by playing video games. A pro-gamer is a full time competitive player who is paid to play games. Some of these people are making a livable salary.

The International Olympic Committee (IOC) announced that they held a debate in  July with the Global Association of International Sports Federations (GAISF) for eSports to become an Olympic sport. It will also be discussed at the GAISF Forum and is on the agenda for the Olympic Summit in December.

It’s still not certain that eSports will be an Olympic sport, but the industry is growing fast and creating new jobs. In the U.S., some professional sports teams and businessmen started to invest in eSports. Because the market is easy to enter for investors, some retired athletes have became eSports investors as their second career. Retired basketball players Magic Johnson, Shaquille O’Neal, and Rick Fox have already entered the race. The National Basketball Association (NBA) held a eSports league by using a popular basketball video game NBA2K this May 1 and August 25.

Though, it is unlikely to happen anytime soon, if eSports becomes a part of the Olympics, the gaming industry will be more developed and it will become a big dream for future generations to be a a part of.

Since video games and computers have developed, eSports is becoming more and more popular in many countries.

Some people have heard the word before, but they don’t know what it means exactly. eSports stands for “electronic sports,” and it is a sports competition using and video games such as Fortnite, League of Legends, Call of Duty, FIFA, and so on.

Lee Sang-hyeok is a South Korean professional League of Legends player, known by his in-game name “Faker.” He was chosen as the best eSports player in 2017 by The Game Awards and has won over $1.1 million in prize money.

The profit of the world eSports industry was $4 million in 2016, and it was predicted to make over $8 million in 2019, according to market research firm Newzoo (the global market intelligence partner of choice for any company with an interest in games, mobile, and esports.)

In the United States, one higher education institution accepts eSports athletes in order to develop pro gamers. For example, Robert Morris University in Pennsylvania, is the first university in the United States that provides an eSports program. The students were exempted half of tuition and given financial support for their school activities. In addition, University of California, Irvine started scholarships for eSports student athletes. It was sponsored by Riot, the development company of League of Legends.

To say that this is a growing industry is an understatement. It has become a lucrative career for many, allowing them to use creative thinking and gaming skills to earn their money. If the player puts in a lot of hours, they start to build a fan base and become well-known.

Some of the top players become famous on the internet by uploading videos of their games on YouTube. They belong to a sponsored organization team and receive money in tournaments.

Ninja, age 26, is an American pro-gamer and YouTuber. He has over 12 million subscribers on his channel and is known for playing Fortnite. His monthly income is about $500,000, according to an interview on CNBC. The source of money is mostly from YouTube, Instagram, and Twitter.

In the late 1990s, many tournaments were held in Europe and Western America.

Now, it is held in stadiums around the world every year with huge cash prizes. There are amateur and professional participants, and some of the players earn over $1 million in a year. At the studium, gamers battle against each other on a particular game with fans watching on big screens.

Dota 2 is a video game produced and managed by Valve. Its tournament is called “The International” and said to be the biggest eSports tournament in the world. It was held in Vancouver, Canada this year. Sixteen teams from all over the world battle against each other to get a grand prize of $24 million.

Watching eSports as a sport is also an amusement. In South Korea, eSports is well developed and very popular, and they have an eSports channel called “OGN.” A lot of South Korean kids look up these players and they want to be like them. According to an investigation in 2017, there are over 380 million eSports viewers in the world. There’s a lot of fanfare surrounding these competitions. In fact, some players are treated like they’re stars.

Playing video games for a job sounds fun, but pro gamers have to work and train really hard. The players on Team Liquid, a professional League of Legends team, practice for minimum of 50 hours per week. “Being pro is time restrictive,” Team Liquid player Diego Ruiz said in an interview. “To stay competitive with other teams, you can’t stop playing.”

Some people argue that computer gaming should not be considered to be a sport. They often stick to the traditional definition of what a sport is. Regardless of the controversy, eSports is now revolutionizing and redefining sports.