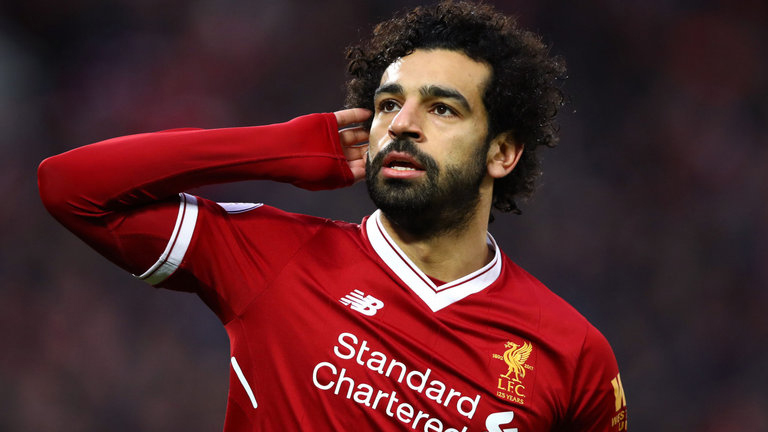 Club competitions are back! Following  a quick international break, it’s time to wake up early on the weekends to watch soccer. I will be previewing some of the weekend’s best games from the top leagues in Europe.

Preview: This  is going to be the game to watch this week in the Premier League. Tottenham are coming off a hard  loss to a very hot Watford team, where they failed to contain their competitor’s massive attack and lacked in finishing chances when they needed to. Tottenham are a team that love to sit and wait for their opponent to make a single mistake and take advantage of it.

They are very strong in the air with players like Harry Kane and a reliable playmaker, Christian Eriksen to give him the perfect pass. Liverpool, on the other hand, are off to their best start in the premier league ever, with an undefeated record in their first  four games, only allowing one goal so far this season. Liverpool’s rock and roll style of playing is purely unstoppable at the moment. Having Mo Salah and Sadio Mane running down the  wings on a counter attack is just terrifying! Liverpool’s nonstop pressure does not give the opposing team any time to think about their next move. As Liverpool’s defense and goalkeeping has noticeably improved, with the new pairing of Virgil Van Dijk and Joe Gomez being very tough to get past, it takes Liverpool to a whole other level.

Prediction: I predict that Liverpool’s defense will be on form, and combined with their powerful front three, Mauricio Pochettino and his Spurs will not be  enough to break through. 1-0 Liverpool Win.

Preview: Watford has had an impressive start to their season, being one of only three teams to start the season with four straight wins (other two Liverpool and Chelsea).

The confidence they bring to the pitch every game is just outstanding, for example their last league game versus Tottenham was just exceptional, pulling off a 2-1 victory! The enthusiasm from the stands throughout the game, was infectious to the players, pushing the lads to press on and try to regain control of the game, although Tottenham had possession of the ball for majority  of the game.

It is safe to expect Watford to put out the same, if not better performance this weekend. Oh and United, a wild card team,are just so unpredictable on the field.

In their last game, they had a convincing win against Burnley in an away game, in which Burnley is one of the toughest places to play in the league. They were known for outstanding defense showings at home but United put a doubt in their defense by being unable to thwart an attack from the very dangerous shooting abilities of Romelu Lukaku. Lukaku put out an outstanding performance, by scoring two goals, compared to Alexis Sánchez’s, who hasn’t been making much noise at all.

He will need  to step it up if United wants to continue with their winning ways. Expect the “Special One” Jose Mourinho to go with the same back four as last week, they got their first clean sheet of the season with the 2-0 win versus Burnley.

Prediction: I predict this will be a very fast paced game from start to finish between these two teams, ending with United pulling a 3-2 victory over Watford, extinguishing their hot streak.

Preview: PSG are flat out a force to be reckoned with right now, starting the league with four wins in a row and all of them accumulating  a jaw-dropping +9 goal difference cumulatively.

The dominating nature of Kylian Mbappe makes him arguably one of the top three of the best players in the world at just  19 years old! Mbappe has already pulled off four goals and two assists in the four league games he has played. Luckily, they will still have Neymar, the most expensive player in soccer history on the roster, who has been playing spectacularly, racking up four goals and one assist. Unfortunately, during their last match, Mbappe was issued a red card and the league has punished him with a three-game suspension. It will be interesting to see how they adjust to life without Mbappe for three games.

On the contrary, St. Etienne are a very mediocre team with a subpar record. The players in every position are average, at best and do not have that one star player to rely on to carry them every game. Being unbeaten so far in Ligue 1 (1W 3D), they are not off to the best start, but at least they can say they have not lost yet. Their area of weakness is scoring, having scored only one goal in the last three games and finishing two straight games in a boring 0-0 final score.

Prediction: I believe PSG will pull out a 3-0 victory even without Mbappe, as they are still far too strong for this Saint Etienne’s team this year.

Preview: When will Ronaldo get his first goal for Juventus? Going scoreless in his first three games with the Italian side, Cristiano Ronaldo has everyone’s attention every weekend, as they wait and see when he’s going to break his goal drought. Juventus have started off the season very strong with three straight wins on their record. However, their wins seem a little flimsy, judging from a few faults in their defense in crucial parts of the games.

Their offensive attack has looked very deadly with players like Mario Mandžukić stepping up his game, even though he is in the ladder part of his career, as well as the young prodigy, Paulo Dybala. They have very good midfield depth similar to players like Miralem Pjanic, Blaise Matuidi and Emre Can. Sassuolo are second in the league, right behind Juventus having two wins and one draw.

Sassuolo have proven that they can handle the big dogs in the league with a solid 1-0 win against a very strong Inter Milan on opening day. This is one of those teams which doesn’t have a huge star player, yet demonstrate really good chemistry together, with guys like Kevin Prince Boateng elevating the team’s morale and instilling confidence when they need it.

Prediction: I believe this will be the game where Ronaldo shows up and finally gets his first goal in a Juventus shirt, also the fact that Juventus will be playing on their home turf, which will throw  Sassuolo off. 3-1 win to Juve.

Preview: Barcelona are on fire! They are coming off a crazy 8-2win against SD Huesca, and scoring five of those goals in the second-half, showing Huesca who’s boss in La Liga.

Being arguably the best player ever, we all know what magic Lionel Messi can bring to the field. Per the usual, he has been playing extremely well lately, racking up four goals and two assists. Players like Luis Suarez and Ousmane Dembele just keep confusing their opponent’s defense, leaving them unsure of  who to double up on, because it will always result in leaving one of those deadly three open.

Additionally, without Ivan Rakitic and Sergio Busquets, this Barcelona team will also face many problems in the midfield. Real Sociedad are coming off a disappointing loss versus Eibar with a close score of 2-1, when they allowed a 90th minute goal at the very end. As a team, Sociedad lacks chemistry but, they have the ability to make each other better, which has proved to be threat  at times to their opponents. I do expect good things out of this team if they can just find that one player who can consistently create chances for them every game.

Prediction: I believe Barcelona should win this game but expect Sociedad to put up a fight  throughout the game, as they will have the home field advantage. I say a Barcelona win 2-1.