A Loss For Vaqs 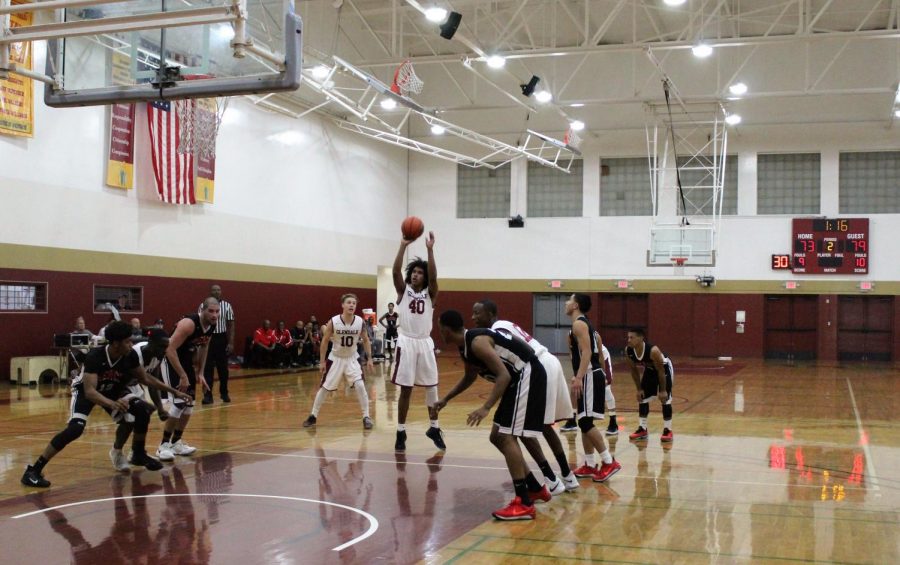 n’s basketball (2-2) took on Los Angeles Pierce College (1-3) in a thriller that went down to the final minutes of the fourth quarter in the Nov. 14 game. The Vaqueros put on a valiant effort, but fell short. The final score was 83-76.

Glendale would come out of the gates red hot as they would pile up the points early in the game. It seemed like The Vaqueros had full control of the game. Los Angeles Pierce College (LAPC) couldn’t seem to figure out how to stop Glendale from pouring the points on.

GCC, on the other hand, were able to have good efficient scoring all while getting some nice stops. The Vaqueros finished the half strong holding a 51-38 lead.

Beginning the second half the pace was pretty even, but LA Pierce was slowly and surely cutting the lead.

Glendale began to struggle more and more on offense as they were turning the ball over a lot in the second half. LAPC would not squander the opportunity they were given by GCC as they took full advantage and had plenty of turnover points. For the Vaqueros it was simply a tale of two halves as they were out scored 45-25 in the second half. Turnovers seemed to be an issue as Glendale had 18 turnovers while LA Pierce had only 8 throughout the game.

A couple stand out players that lead the way for GCC were Serigne Athj and Chris Daniels, both picking up 15 points each as well as doing good efficient work at the free-throw line, going a combined 9 for 10.

A solid performance also came from Dominic Gully as he picked up 13 points along with 3 rebounds and 3 assists.

Another important stand out area where LA Pierce was able to edge Glendale was in the rebound department. The Vaqueros were out rebounded 45 to 31.

Glendale took a high number of 3-pointers during the game as the team drained 12 of 26 (46.2 percent) shots all while LAPC shots from long range couldnt find the basket shooting 9 of 29 (31.5 percent).

The Vaqueros would just edge out LA Pierce in field goal percentage. Glendale was able to run a slightly more efficient offense going 23 for 52 (44.2 percent). Peirce College on the other hand went 33 for 76 (43.4 percent).

Despite Glendale having a more efficient night, Peirce College was able to sink more shots giving them an edge on the scoreboard. In the end the turnovers hurt the Vaqueros and it was too much for them to overcome in the closing moments of the game.

Glendale College will then face Long Beach on Nov. 30 in Culver City in the West L.A. Tournament.