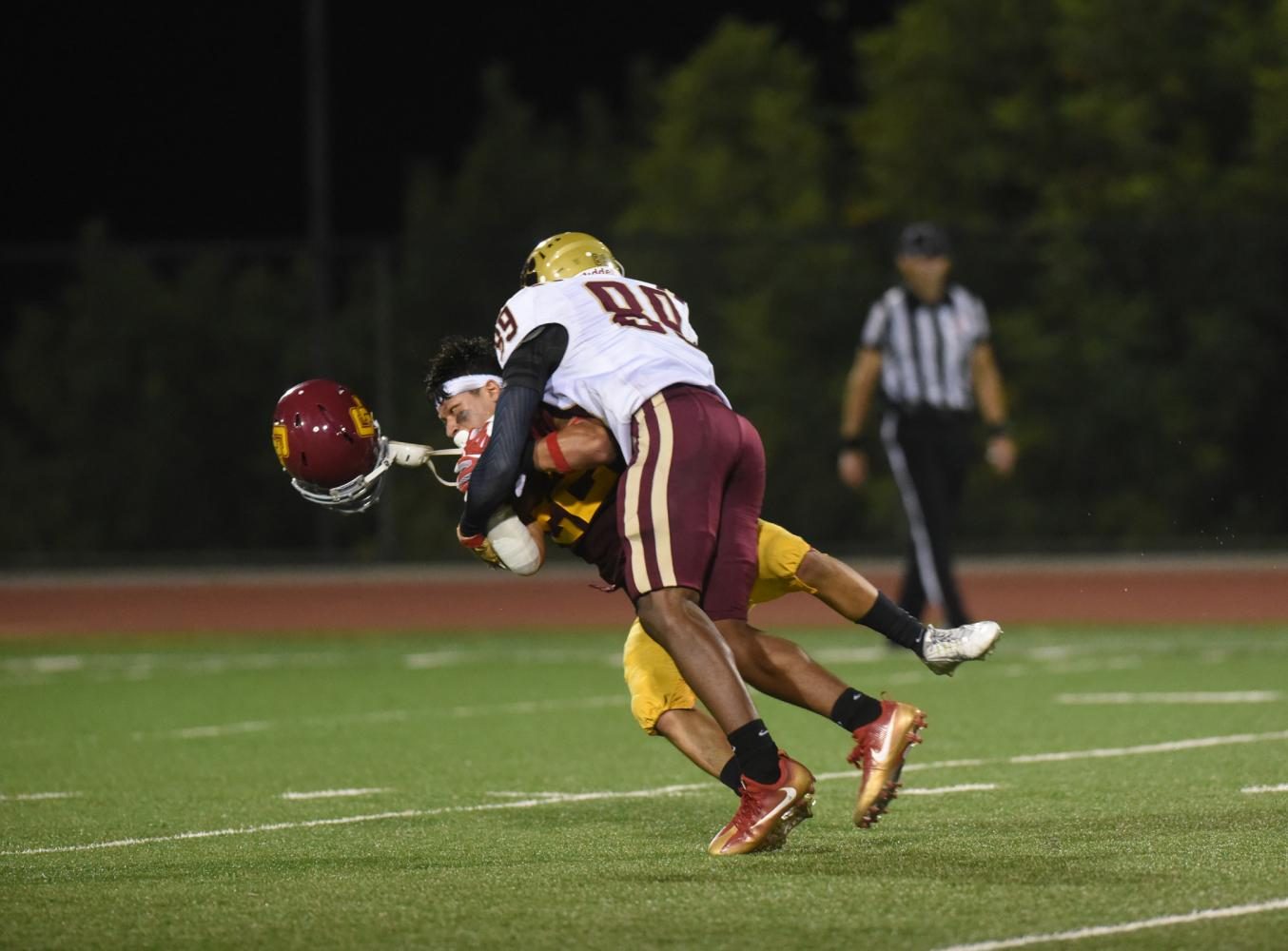 Glendale College (0-2) dropped their second straight game of the season in a blowout loss to Southwestern College (1-1), 49-7. It was a game where it seemed like everything that could go wrong for the Vaqs, did.

Glendale struggled to muster up any offense or defensive stops during the game, despite forcing a whopping four turnovers and giving up none of their own.

With 6:35 left in the fourth quarter Augie Saucedo would recover a fumble and return it 33 yards for a touchdown, giving the Vaqueros their first and only points, which brought the score to 42-7.

Southwestern, though, would tack on seven more points with a 74-yard run all the way to the house.

The final score would be 49-7. Glendale was out-gained in yardage 409-124, and summoned up a measly 23 yards rushing. The Vaqs were abysmal on third down, managing one conversion on 17 attempts.

Glendale coaches and players must rebound quickly if they still have playoff aspirations, as their next game is in hostile territory at Mt. San Jacinto College, who is 1-0 on the season after defeating Compton College 30-21.

To have a shot at the playoffs, you must be one of the top four teams in Southern California. A season-ending bowl game is available to teams based on their ranking, as well.

The game vs. Mt. San Jacinto College is scheduled for Saturday, Sept. 16 at 1 p.m.