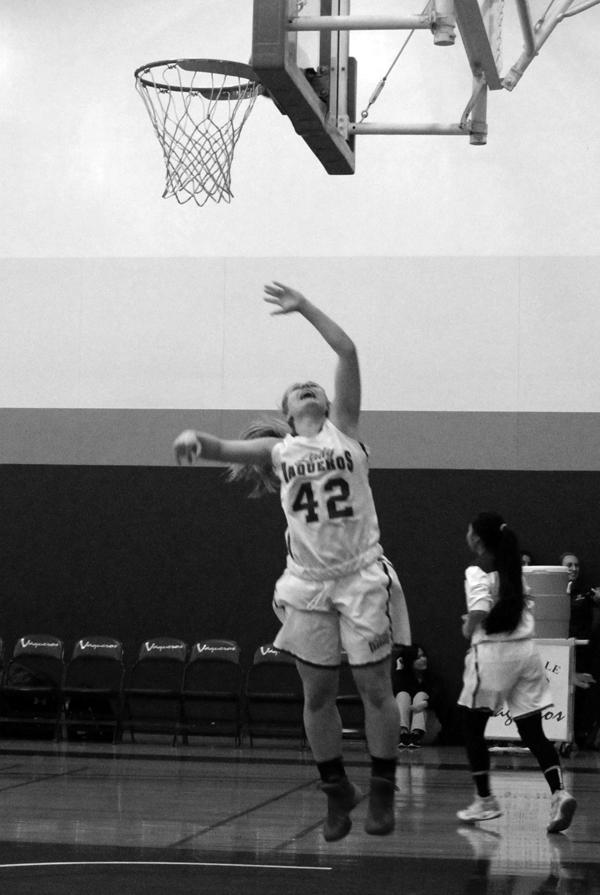 WARM UPS: Lady Vaqs forward Brooke Radcliff leaves the floor for a layup before the game against Citrus Friday. The Vaqs won 52-44.

The Lady Vaqs remain undefeated in conference play with a win over Citrus Saturday. The women ran all over their opponent, winning 52-44.

The Lady Vaqs led by six at the half and despite the valiant effort of Citrus reserve forward Marisa Brown coming off the bench to outscore all players with 28 points, the Owls could not catch up.

The Lady Vaqs will face L.A. Valley on their court tonight at 7 p.m. and Antelope Valley at home at 5 p.m. on Saturday.