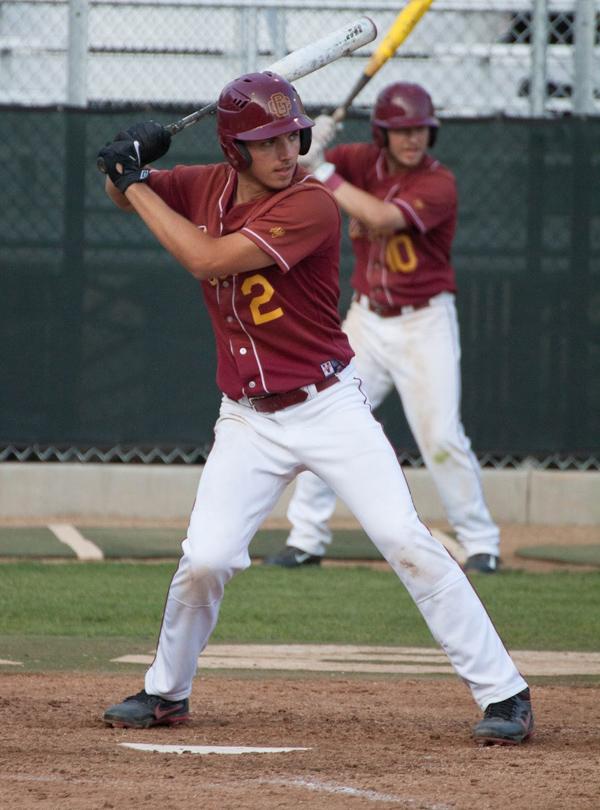 Third baseman Frank Garriola, an All-SoCal selection last year, will start and hit in the middle of the line-up. Garriola, as a freshman, was the team’s RBI leader last year and for a while led the entire state.

“Both players are exceptionally strong defensively, and both have had an outstanding fall with the bat,” Cicuto said.

Bruno Teramoto returns for his second season and will be playing infield. Teramoto played on the 2015 team.

“Grant Mona, redshirted last season, is slotted to play shortstop,” said Cicuto.  “However he sustained a foot injury late in the fall and we are waiting for an MRI.

According to Cicuto, if Mona is not healthy they will platoon the shortstop position with Alex Mills and Lucas Sakay.  “Alex is an exceptional athlete that also plays outfield and Lukas is an International Student from Brazil,” Cicuto said.

Bo O’Connell and Jake Selco are new players to the team. O’Connell is a Division I transfer from the University of North Carolina-Wilmington and Selco is a freshman from El Camino High School. Cicuto said both will provide “pop” in the middle of the lineup.

“Our catching core consists of four catchers that will all have an opportunity to start,” said Cicuto. “We are excited to have Sergio Rey return to play. He played on the 2015 team and sat out in 2016.”

Zach Mauser returns behind the plate along with two freshman catchers, Tony LaPorte (Granada Hills HS)  and Konner Piotto, an international student from Canada.  Jacob Gribbin, Mondo Rodriguez and Matt Colomes both played on the team last year and will provide depth in the outfield. Mondo also has a chance to start in the infield.

“We are excited to have the majority of our pitching staff return from last year,” Cicuto said. “We are looking for bigger roles out of all-conference selections Joe Torres and Marco Quintanar, who were outstanding for us during our final run at conference championship and into the playoffs.”

Anthony Robles, Angel Lerma, AJ Jimenez , and Max DeAmicis were outstanding out of bullpen as freshmen, and as sophomores have developed into potential Division I pitchers.

Morris hails from Notre Dame High School and the coach said he should provide quality starts for the Vaqueros.

“Our number one starter will be a left-handed pitcher from Village Christian High School, who played at Coastal Carolina last season,” Cicuto said. “His name is Chris Davidson. Chris and Frank [Garriola] should have an opportunity to get drafted after this season.”