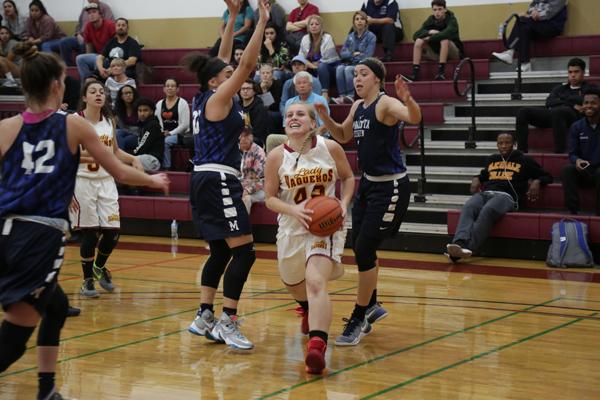 EASY TWO: Forward Brooke Radcliff runs for a lay-up between two MiraCosta players in the second game of the season.

Basketball season is underway and the Lady Vaqs are off to a strong start with two in the win column. Glendale overwhelmed MiraCosta on Thursday 72-45, then went on to defeat Chaffey on Saturday 61-44.

Glendale hit 28 out of 62 for a 45.4 percent field goal average, but turnovers were the story in this game. The Vaqs took advantage of MiraCosta’s 20 flubs for a total of 25 points.

The Lady Vaqs will compete Friday through Sunday in the Riverside Tournament.