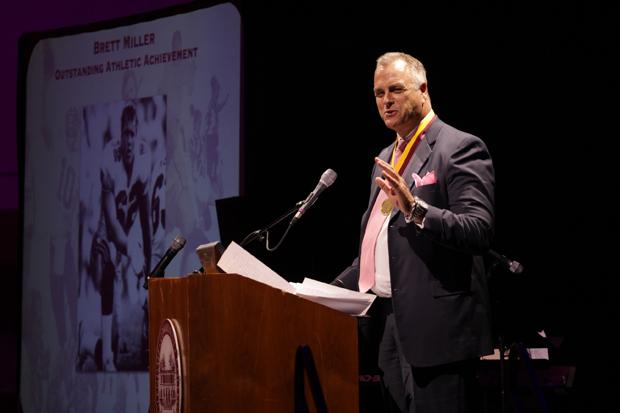 Glendale Community College elected six individuals into the Athletic Hall of Fame. The inductees performed at a stellar level during their time with GCC. This year’s group excelled either as an athlete or a coach. From the ’60s through the early 2000s, these Hall of Famers exhibited an illustrious career.

Oliver Shokouh, who is the owner of the Glenale Harley Davidson dealership, received the Distinguished Community Partner Award.

All the inductees attended GCC, but a few have coached for Glendale as well. Spangler participated in six different sports at Glendale college and joined volleyball leagues at parks. Later on in her life, she coached the women’s Cross Country team. Farwell played football during his time here and later coached the football team. Miller also played football for both GCC and Iowa for two years. After Iowa he went on to to have a 10-year career in the NFL. This year’s Hall of Fame class has achieved very impressive feats.

“I wanted to be able to give back to Glendale College since they provided me with the leadership skills that I have today,” Farwell said. “It’s nice to be able to give time to the kids and take the time to help so they can be successful in their life.”

Farwell won two championships with the football team. As a player and as a coach he won three more championships. Miller also won a championship during his time at Glendale, but chose not to be a coach. Instead Miller went on to have a lengthy career as an offensive lineman in the NFL. He spent his first six years with the Atlanta Falcons, a year with the  Chargers and his final three years with the New York Jets.

“Everything that I did and accomplished started here and I wouldn’t have had that here career without these guys here.” Miller said. “It’s the coaches and the guys that I’ve played with that kind of opened my eyes to what the game of football is about and it kind of took a life of its own.”

Spangler is better known for her time as the coach of the Women’s Cross Country, however she is the first female coach to ever be inducted. So she most certainly is the spearhead for other players turned coaches.

“I’ll be the first female outstanding coach in the Hall of Fame,” Spangler said. “I was just working my tail off doing what I did for my job.”

The Hall of Fame plaque will be in the J.W Smith Student Center, room 212.