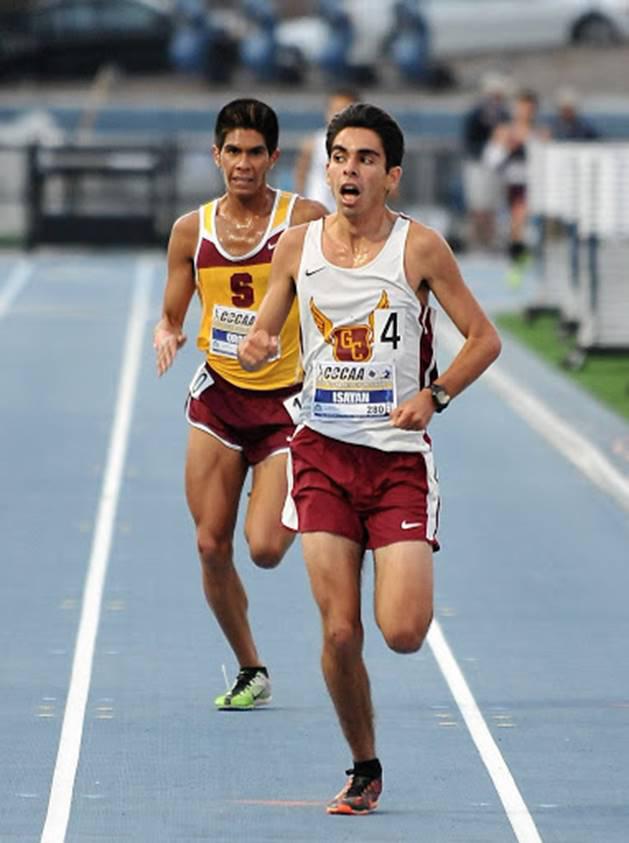 OUT IN FRONT: Vaqueros runner Vahagn Isayan won the 10,000-meter during the first day of two of the season ending meet at San Diego Mesa College.

Sophomore runner Vahagn Isayan is the first men’s athlete from Glendale Community College in more than a decade to win an individual championship at the California Community College Athletic Association Track and Field Finals.

On May 20, Isayan won the 10,000-meter during the first day of two of the season ending meet at San Diego Mesa College. Isayan won in 31 minutes, 19.65 seconds, just one second faster than the runner-up Ulysses Orozco of Saddleback.

Isayan is the first Vaquero to win a men’s title since 2003 and is first ever to win a 10K for GCC.

Heading into the event, Isayan was seeded at number four. He started off slow but as the race continued it eventually became a two-man competition for the win between Isayan and Orozco.

At last year’s meet at College of San Mateo, Orozco finished at sixth place and Isayan at ninth.

It wasn’t until the 22nd lap that Isayan caught up to Orozco and pulled ahead to victory. With this win Isayan earned the Glendale team another 10 points for the season total.