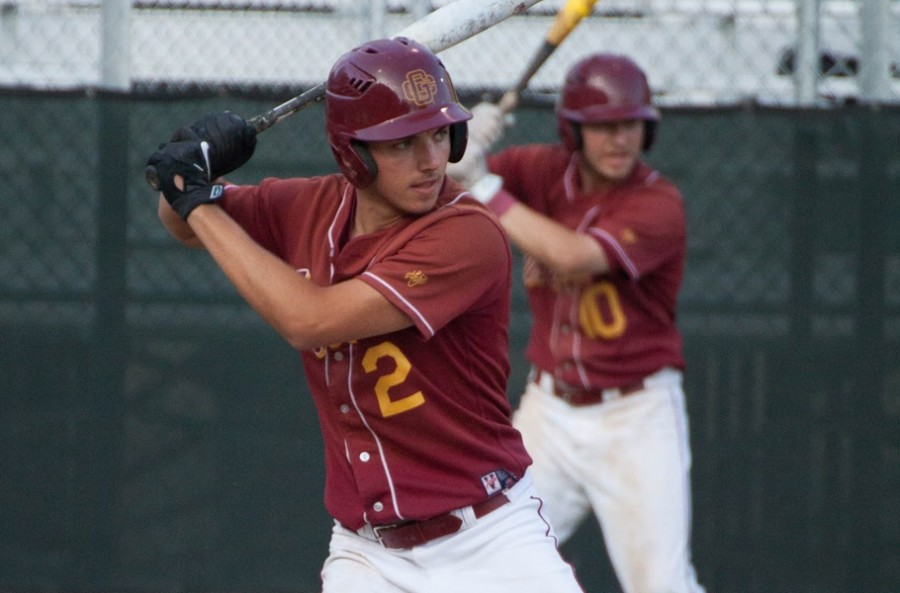 Frank ”Frankie” Garriola, 19, is the 3rd baseman for the Glendale Community College Vaqueros baseball team. He was raised in Pasadena where he played for Pasadena High before joining the Vaqueros in the fall of 2015.

Garriola majors in criminal justice where he sees his future as working for the FBI just like his dad. Like so many others on the team, he wants to play Major League Baseball. As of right now he holds the most RBIs (runs batted in) in the California Community College Athletics Association with a total of 23 RBIs and with 22 games left in the season, there is definitely a chance for that number to get even higher. The positive feeling of the whole team working together to build something really good this season is something that Garriola highlights.

“We have a good team and we can do well together,” Garriola said.
Stengel Field at night is his favorite place to play.
“There is a different vibe to night games, somehow they feel more serious and of course there are more people in the stands,” said Garriola just after playing an afternoon game with only about 20 people in the crowd.

Especially parents of the boys want to come out to see and cheer on the team. According to Garriola, it’s easier for them to attend the night games since most of them are working during the day. Garriola said his pregame ritual is pretty much the basics, a full stomach and some music.
When Garriola isn’t playing baseball or studying towards a degree he usually spends time with friends and teammates or working as a delivery man for Sierra Madre Pizza Company.