Glendale Vaqs Lose a Close One to Pasadena Lancers 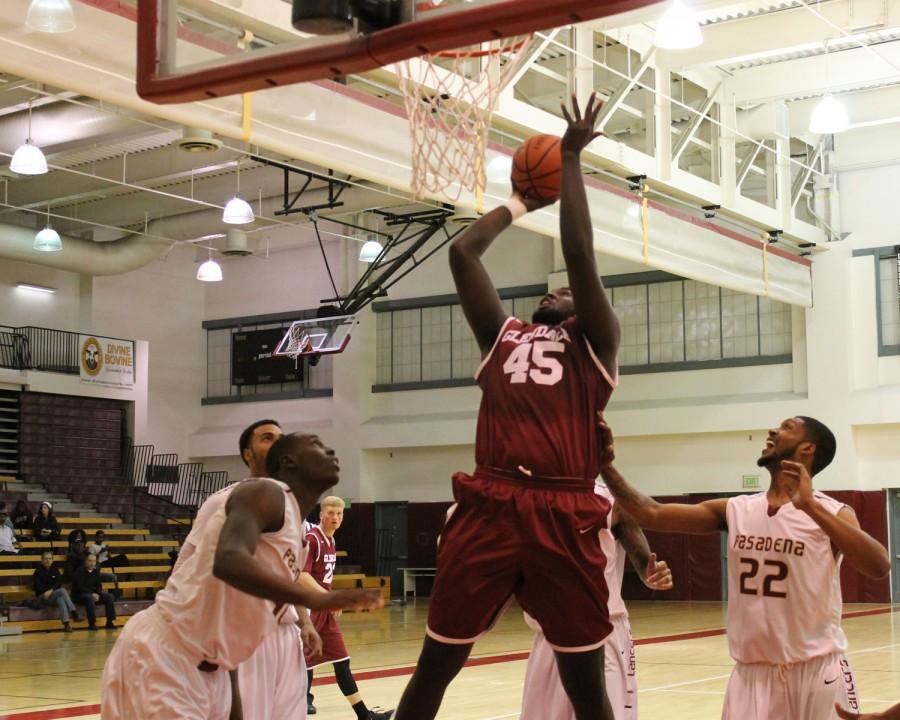 EYES ON THE PRIZE: Ange-Michel Kuo takes it to the rim uncontested at Pasadena City College.

Just three games into the season, the Vaqueros basketball team held its own against the Pasadena City College Lancers Nov. 24 until the last minute, falling 54-50.

Vaqueros’ guard Cesar Reyes put up 12 points and one assist, while teammate forward Kenneth Daniel scored 11 points and took down 14 rebounds to lead the defense. Guard and forward Cole Currie was the third highest scorer on the Vaqs team with 10 points and six rebounds.

According to Head Coach Vigen Jilizian, this year’s team is young, with only one returning player. “The team is going to take a while to figure things out as the players get used to the program,” he said.

Jilizian said the players are putting in a good team effort and they’re holding the opposing team’s scoring percentage down, allowing them to score only an average of 61 points per game.

“It’s hard to walk away with a win when you have 21 turnovers,” Jilizian said. “We’re guarding the ball well, but we’re struggling to find good shots.”
According to Jilizian, in his first season as head coach, the team has a pretty good defense and has been keeping the games close, however it is difficult to not walk away with a win.

The Vaqs will compete in the Antelope Valley Tournament against San Bernardino Valley College starting 3 p.m. Friday. The competition continues through Sunday.