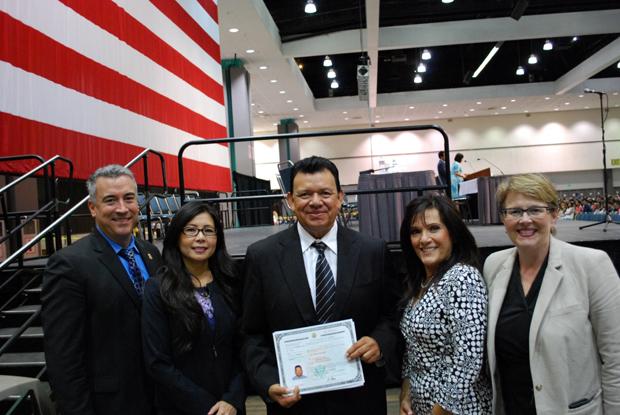 “Naturalization is a tremendous benefit of our nation’s immigration system and we are both privileged and honored to welcome Fernando Valenzuela, a Dodgers icon, as a U.S. citizen,” said USCIS Los Angeles District Director, Susan M. Curda.

Valenzuela, a native of Etchohuaquila in Sonora, Mexico, now has the rights and privileges that come with U.S. citizenship such as the right to vote, serve on a jury, travel with a U.S. passport or become an elected official. Valenzuela, a L.A. cultural icon, first moved to the U.S. in 1979. His career in MLB, both as a player and broadcaster, spans more than three decades.

Valenzuela made his Major League debut in 1980 and became an international sensation in 1981 when he played a significant role in the Dodgers’ World Series championship.

For more information about immigration and the citizenship process, please visit http://www.uscis.gov/.