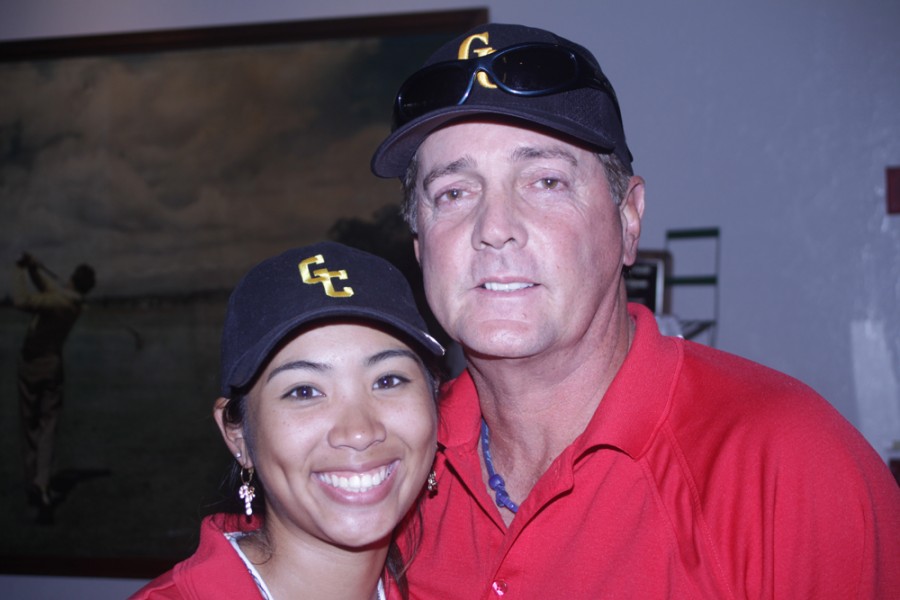 Golf Coach Greg Osbourne has taken a program that was dropped 26 years ago to one that competes at the state level.

When Osbourne took over as head coach in 2007 for the men’s golf team there was a fresh start. Before Osbourne there wasn’t even a golf program to begin with. The school dropped the program in 1985 because of budget cuts.

But then in 2007 Glendale decided to bring back golf to the school. But the winning did not come right away. For two years, Osbourne had his work cut out for him.

“We were lucky to be here,” Osbourne said.

When years three and four came the team started to turn it around and start to win.

In fall of 2010, the men’s team came through and won its first tournament, beating nine other colleges and making heads turn around the community.

When the regular season ended, freshmen Nick Quintanilla, team most valuable player, and Brennan Amirhkizi, team most improved player, represented GCC in the Southern California Regional tournament. A tournament that determines if you can reach the state tournament.

The following spring, the team continued on its path to success and finished second in the Western State Conference which qualified the Vaqueros to play in the Southern California Regional.

Players from all over the area decided to come to Glendale and play for Osbourne.

“Thank you to the players for choosing to come and play…they made the decision,” said Osbourne. “It’s rewarding for me to see what were doing; its incredible.”

Because of all the success the men’s team was generating, the school turned to Osbourne to coach the women’s team. He made an immediate impact on the team.

The star of the women’s program was Tammy Panich. She played under Osbourne in 2009 and 2010. With Osbourne as her coach, she finished first in league competition and was named Player of the Year in the Western State Conference in 2010.

Panich tied for second in the Southern California Regional and that qualified her to compete in the California State Championship.

Since the championship, this season’s Lady Vaqs have been solid. They placed second in their first four tournaments, and first in their last two.

Osbourne likes the way the women’s team is performing and likes how they are coming together.

“The girls bond together like a family,” said Osbourne “They mesh perfectly.”

Freshman Vicanda Ma has been playing the game since she was 12 and commutes from Northridge to Glendale, just to play for Osbourne.

“He’s really nice,” Ma said. “He will never make you pay to practice and he inspires us more when we’re down. “

Diana Hernandez, also known as “The Senior Leader” to Osbourne, is in her sophomore year and knows what kind of coach Osbourne is.

“He’s a very competitive coach, very dedicated,” said Hernandez. “Yes, he wants to win but he also wants us to have fun and succeed. Coach is right, we are like a family and when we go out to a match, its almost like a family outing.”

The girl’s team looks forward to finishing at the top this year and each of the players hopes to accomplish her individual goals.

On Monday, Glendale took second place at a WSC tournament.