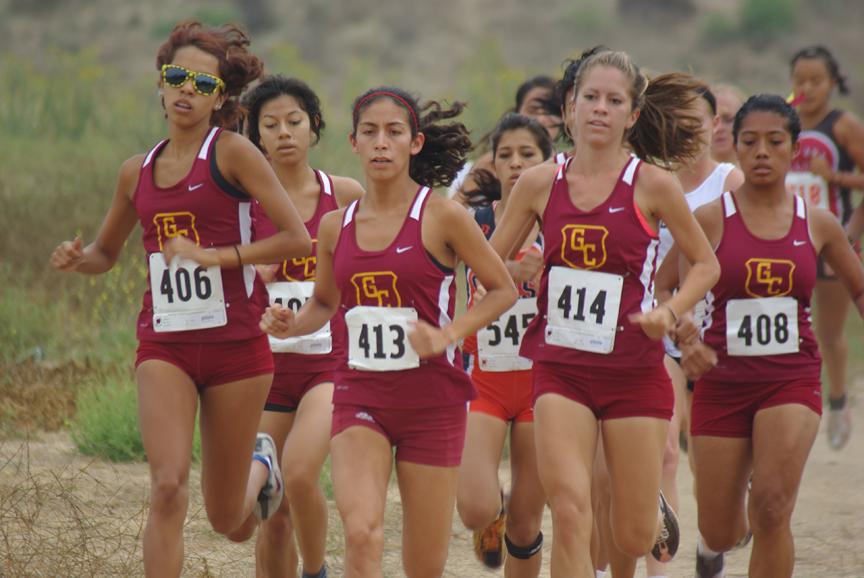 The Lady Vaqueros turned up the heat on a cold and windy Friday during the Golden West Invitational at Central Park in Huntington Beach. The men’s team took second place.

The Lady Vaqs came in first place with 18 points, while Mt. Sac took second with 81 points and Moorpark took third with 109 points.

“This is the lowest score the girl’s have gotten ever since I’ve been coach,” said Eddie Lopez. “They started a little slow but they picked it up and worked together.”

The Lady Vaqs stayed ahead of the competition for almost the entire 3.1 mile race which included uphill dirt trails, downhill slopes, as well as winding narrow pathways.

“We’ve been very consistent this season,” said Lopez. “The women’s team convincingly proved themselves as the number one team in the state.”

The top runner for the men’s team was Mizrael Mendez who came in first overall with a time of 20:00. Mendez smoked the competition as he finished 22 seconds ahead of the second place finisher.

“My strategy was to keep pushing,” said Mendez, 18. “I just focused on myself instead of
who’s in front or behind me.”

Glendale’s coach was impressed but not surprised by his freshman runner.

“Mizrael was an excellent runner in high school and he is proving it in Glendale. He has a chance to be number one in the state as well as Rosas and Selve,” said Lopez.

“I think we had a solid performance,” said Nelson, 18. “We are doing well at this point of the season and we have continued to improve since the previous competitions.”

“We have the best combined cross-country program in Southern California,” said Lopez. Unfortunately for the rest of the division, the Vaqueros have no sign of slowing down.
The next competition will be the So Cal Preview Meet on Friday at Cucamonga-Gusti Park in Ontario at 10 a.m. On Oct. 7 the Vaqueros will run the WSC Preview Meet in Mission Bay in San Diego at noon.