It’s Time to Get Real About Gun Crime 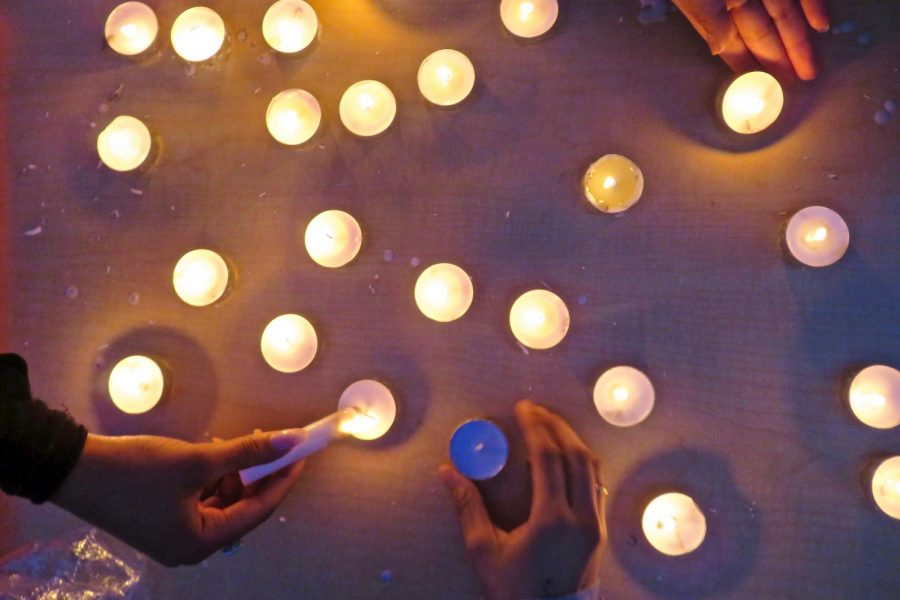 Another mass shooting has struck the United States, this time in Parkland, Fla., where 17 students and teachers were killed at Marjory Stoneman Douglas High School on Feb. 14.

As expected, the issue of gun control and whether or not that is the proper avenue for constraining potential future mass shooting events has monopolized the headlines in recent weeks.

After deliberation among the staff of El Vaquero, and with the careful consideration of all viewpoints, it is of majority opinion that stricter gun control measures are required in the United States. This includes, but is not limited to, an indefinite ban on the sale of semi-automatic, high-caliber weapons, like the firearm used in the Stoneman Douglas massacre.

For what appears to be the first time in American history, the fiery protectionist rave of the pro-gun crowd has been met with an equally powerful wave of gun control proponents. Not byway of the traditional lobbying power of long-standing anti-firearm coalitions, but with a fervent flash of grassroots uprising from the nation’s soon-to-be-of-voting-age youth.

They have taken to the streets; they have crowded their legislatures; they have started a movement. Just as with the anti-war campaign of the 1960s and early ‘70s – which drew on the power and energy of youthful activism – these students are on the frontlines. This is their battle. This is their Vietnam.

The partisan flashpoint over mass shootings and gun control falls into two predictable arguments. One side says firearms need to be restricted, with some being outright banned. While the other side says firearms don’t act independently – someone has to pull the trigger in order to kill.

Mental illness in America is an issue; there’s no debating that. The United States has the highest rate of mental illness in the world, according to the World Health Organization. But mental illness, defined as a condition that affects your mood, thinking, and behavior, is extremely complex. Each disorder has varying degrees of seriousness, its own risk factors, and its own effects. As the joke often goes, “if you have three expert psychiatrists, you get four opinions.”

The idea that addressing mental illness will prevent mass shootings also rests on the assumed premise that these mass killers are ill to begin with – what’s called “begging the question.” “Due to this man committing such a crime, the only logical explanation is that he is mentally ill,” goes the narrative.

The Parkland, Fla., shooter was reportedly mentally ill, which is why it has dominated the national rhetoric, but this does not hold true across most other analyzed mass shooting situations.

In an analysis of 235 mass killings, Michael H. Stone, professor of clinical psychiatry at Columbia University, found that only 22 percent of the perpetrators could have been considered mentally ill.

In other words, 78 percent of mass killers would have given no prior indication of mental deficiency. How does one prevent something that, based on current evaluative methods, is nearly statistically unpreventable?

Further, if the fight to address mental illness in regards to mass shootings is a legitimate one, folks need to push Congress to pull the Dickey Amendment, which forbids the Center for Disease Control from studying gun-related violence. Coincidentally – or maybe not – the National Rifle Association played a crucial role in the Dickey Amendment achieving fruition.

When it comes to preventing mass shootings, the name of the game is pragmatism. That is, looking at the facts and coming to a conclusion that would efficiently and effectively reach the desired result.

It’s time to take these weapons of war off the streets, and there’s precedent for doing so. The Federal Assault Weapons Ban of 1994 prohibited the manufacture, transfer, or possession of semi-automatic “assault weapons.” It was let expire in 2004.

Other nations, not immune to mental illness, have wrangled-in the mass shooting phenomenon, such as Australia and the United Kingdom. They were pragmatic. It’s time we were, too.