Justin Trudeau Should Be Forgiven

Photos and a video surfaced of Canadian Prime Minister Justin Trudeau wearing blackface in the early 1990s and 2001. 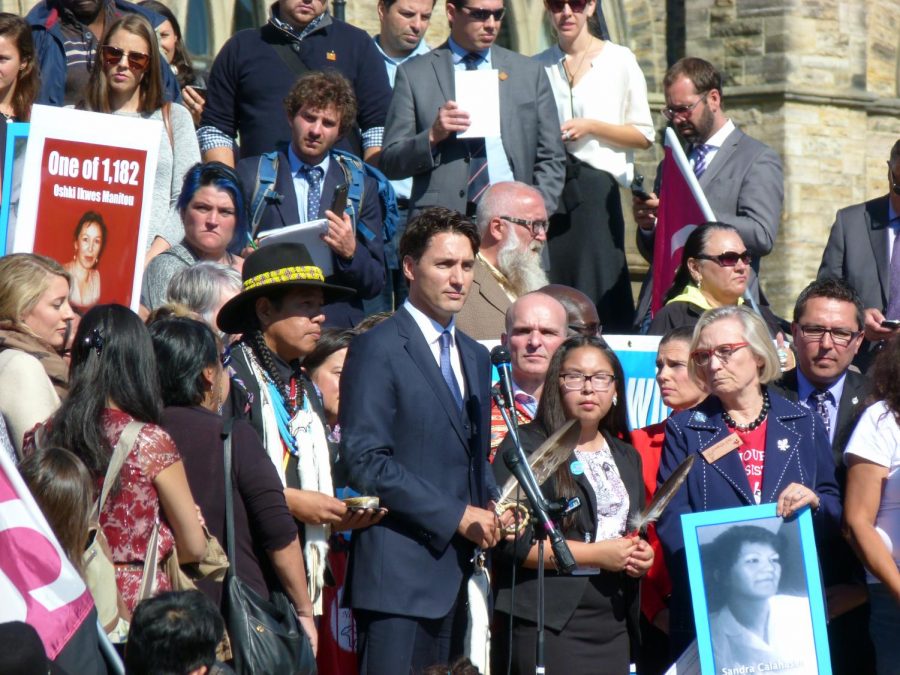 ADVOCATING FOR MISSING WOMEN: Prime Minister of Canada, Justin Trudeau, giving a speech on missing and murdered indigenous women in front of parliament in Ottawa, Oct. 4 2016.

Politicians around the world are pressured when running for a position in office: to be as educated as possible about the issues concerning their nation. Knowledge of foreign affairs. Leadership qualities. Effective communication skills. Whether a Liberal or Conservative, it is imperative to not only be a decent person but someone interested in making their country a better place.

However, another key component that has risen over the course of the past year is an unconventional one.

An old photo of yourself covered in blackface.

The respected prime minister of Canada received an immense amount of backlash and spoke to reporters to formally apologize for the actions conducted many years ago.

In the case of Ralph Northam, the governor of Virginia was pressured to resign immediately after the release of the photos.

In the case of Prime Minister Justin Trudeau, his character is now under public scrutiny.

The backlash is necessary. Trudeau should be embarrassed by his use of blackface on multiple occasions but a country should not look to impeach a Prime Minister who has proven to be perfect for their people.

Trudeau has the reputation of being something far from a racist. According to Jean-Marc Léger, chief executive of Léger, a leading polling company in Montreal, Trudeau has “carefully constructed an image of what Canadians aspire to: hope, openness to the world and the youth.” Accusing Trudeau of being racist would be an inaccurate accusation, especially since his cabinet includes four Sikhs and a Somali-born immigration minister.

The blackface incident truly questions the authenticity of Trudeau’s character.

The use of blackface dates back to the late 19th century, most notably during minstrel shows where white actors would polish their faces in order to depict African-Americans. Clearly this was extremely hurtful and disrespectful as actors often made it obvious that they sought to lampoon and to offend people of color during these shows. White audiences were uninterested in seeing black actors do anything but look foolish on stage while performing.

The difference between actors blackfacing and Trudeau using blackface is that it was necessary for his costume, and in no way was meant to depict any disrespect or harm toward people of color, whom Trudeau has an exceptional relationship with. The action is clearly inexcusable but it is clear that no harm was intended, and therefore an apology should be accepted.

During his tenure, Trudeau has stood up to the vitriol of President Donald Trump, supported women’s and indigenous people’s rights, and welcomed immigrants from all over the world. Should we really judge his character based on an incident that took place almost 20 years ago?

Let’s forgive Trudeau and do not allow this to ruin his character.