The GCC Art Gallery has a new exhibition that prompts conversation about colonialism, slow response and more 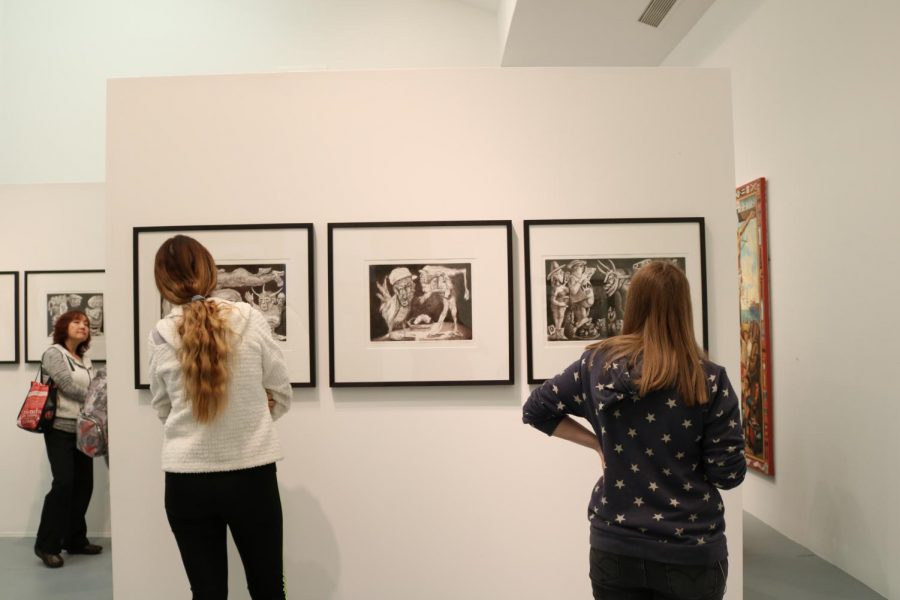 Artwork vividly exemplifies how the Trump administration has treated Puerto Rico in the times of disaster.

Following hurricanes Maria and Irma, Puerto Rico was without electricity and at the mercy of

The Federal Emergency Management Agency, or FEMA. An August 2008 study found that 2,975 people died in Puerto Rico as a result of Hurricane Maria. U.S. government response was widely criticized as slow and inadequate. In one specific instance, the U.S. Department of Homeland Security did not waive the Jones Act for Puerto Rico, which ultimately prevented the region from receiving necessary aid and supplies from non-U.S. vessels.

Criticism of FEMA is leveled in some of the art in display, with one painting that includes President Donald Trump tossing paper towels toward grateful natives with a media looking on portrayed as an angel passing gas.

Another piece of art was created by Elsa María Melendez. In her art, she deliberately utilized cloths from destroyed fabric shops in Puerto Rico, showing birds flying overhead. They’re not perfect, or event pretty, but she produces something aesthetically pleasing. Depending on the viewer, it could be unique, a little imperfect, or even beautiful.

The art is meant to be controversial, prompting conversations about Puerto Rican identity, the concept of colonialism and exclusion, predatory debt, racism and more.

The exhibit launched March 1 and will run through May 15.

For more information, go to bit.ly/CollegeGalleryGCC.