Letter to The Editor: Don’t Give Up Your Guns

A Lesson For Americans From The Armenian Genocide 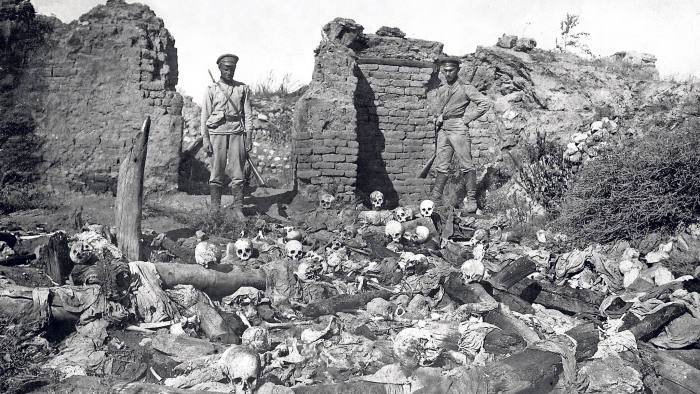 The Armenian-American culture inside California is very prevalent – especially in Southern California – and plays a large societal role. Other Americans enjoy our foods, appreciate our heavily religious culture, and benefit from our competitive businesses. Over the years, Americans of Armenian descent have also made many political achievements.

George Deukmejian, former Republican Governor of California, was of Armenian-American descent, as was Kenneth L. Khachigian, the chief speechwriter for President Ronald Reagan. Armenian-Americans hold their cultural values to a high standard – and it’s important to point out that our culture still stands strong over the course of thousands of years because of our cultural conservatism.

There are many modern day controversial issues about which Armenian-Americans have a strong viewpoint. One of these issues is the constant war on our Second Amendment. Our Armenian ancestors learned the importance of firearm ownership and self-defense the hard way.

After the start of World War I, the Ottoman Empire made Armenian citizens turn in their weapons. Armenians were told that they needed to turn in their weapons in order to help fight the war. Being loyal to their government, a majority of them did as told. A move they would soon regret.

On April 24, 1915, the Ottoman Empire rounded up all the writers, educators, politicians, musicians and other important figures that the Armenians looked up to. In one night, 235 to 270 Armenian intellectuals of Constantinople were arrested, were never to be seen again. The Armenians soon realized what was actually happening – the Ottoman Empire was performing a systematic extermination of their Christian Armenian citizens.

In July of 1915 the Ottoman forces reached the mountain on which my great grandparents live, in one of six villages on the Musa Dagh mountain, located in modern day Turkey, on the shore of the Mediterranean sea. The villagers, who were already aware of the previous Turkish atrocities, gathered their necessities and made their way to the top of the mountain. For 53 days, from July to September of 1915, 250 Armenian Warriors  armed with their privately owned firearms, protected 4,000 Armenian civilians from an army of about 20,000 Ottoman soldiers.

While it is unknown exactly how many casualties the Armenians suffered, the Ottomans suffered heavy losses. In September of 1915, Allied warships under the command of Louis Dartige du Fournet spotted the Armenian survivors and were aware of the atrocities that were taking place. The French and British ships evacuated around 4,200 men, women and children, my great grandparents among them. They moved to Damascus, Syria, then to Erevan, Armenia, where both my father and I were born, and then, blessedly, to America.

Although the Second Amendment may be a big part of the culture for generations of Americans, that sacred right is a part of my history as well and it is part of the values I try to uphold every day. The reason is pretty simple – if my great grandparents had given up their guns to the government, I would not be here today.

I know my Jewish-American colleagues will empathize with me when I say that I will not make the same mistake some of countrymen did of turning in their weapons.  Everyday I am grateful and proud that my great-grandparents took a stand against their oppressors, and fought for their lives. After all, their slogan was “Freedom or Death,” not all that different than America’s “Don’t Tread On Me.”

So I implore my fellow Americans to learn the hard lessons of the Armenian genocide. In order to defend your birthrights and your families, you must defend the 2nd Amendment right to keep and bear arms.

God rest the souls of the 1.5 million Armenians who were slaughtered. We can’t bring them back, but we can honor their memories by honoring our Constitution.