Should women still contain their emotions after the realization they have more power now than ever before? 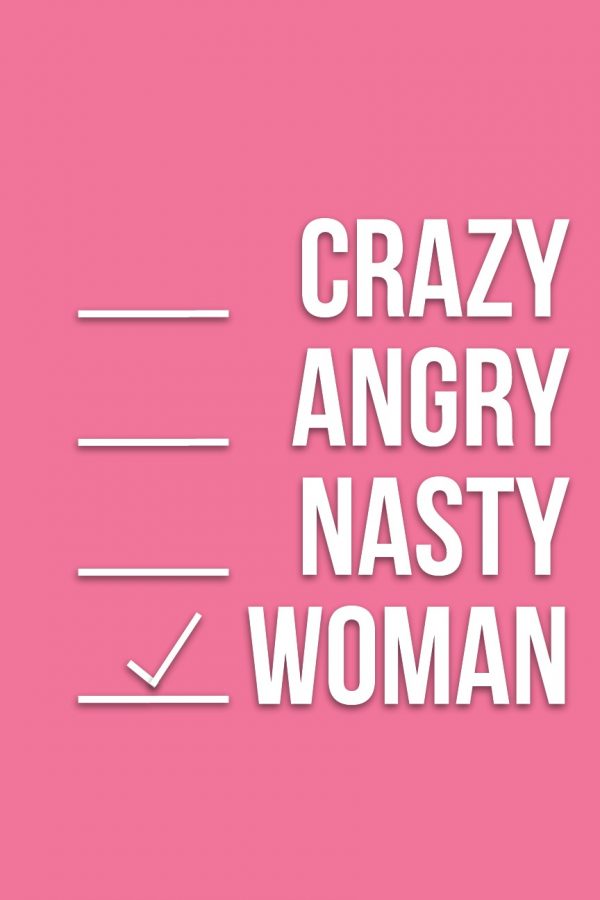 He wouldn’t stop, he couldn’t stop. Why would he when he was used to always having the last word?

It was a typical Tuesday at Glendale College, when I noticed that my journalism professor, Rory Cohen seemed bothered. I wasn’t sure what the cause of it was, but went on to ask her. She explained a colleague went into a rage because she told him he made her uncomfortable. He was getting a little too obsessed with her social media posts and it was creeping her out.

You’d think that a man with a respectable career and multiple degrees would know better, but he insisted that it was her fault that he was “harassing her” on the internet.

Although he had been ready to give his unsolicited opinion about everything she posted, he didn’t like being told to back off. After all, when she reacts to his harassment she is just “upset,”“angry,” or “exploding,” as he repeatedly told her.

“I’ve become a very different woman over the last couple of years and sometimes people don’t like it,” Cohen added. But why are people unhappy with who she has become?

Not only is the blame for harassment on her, but her reaction will determine her reputation. She shies away because she’s “too naïve” or she defends herself because she’s a “total bitch.”

It is no secret to history that carrying pairs of XX chromosomes come with unspoken rules that women learn along the way. Training their emotions to being “feminine” enough. Balancing being attractive but also modest about it. Being intellectual but also “playing dumb” sometimes. An invisible fine line on being too much or too less of her.

There are also assumptions based on the color of their skin and behavior in their different cultures. Centuries ago, religion and history determined many of the present gender roles. Social construction somehow has surpassed biology ever since.

We have come to the point where society quickly judges a woman’s behavior based on the length of her skirt or in the color of her lipstick. I precisely remember my estranged father saying my red lips were a “hooker” color, although I’m pretty sure the lipstick name was “chili.”

We also have come to the point that if a woman speaks up her mind she is just “acting out” of a drama. Society is scared of a woman in power of her own voice, but why are they so afraid?

The #MeToo and Time’s Up movement highlights many socially constructed rules and expectations. It is a big relief that women are finally figuring out that not only is something severely wrong, but that they can turn a lot around.

What they have been learning is that fighting for the same level of rights as men brings a sense of empowerment, sisterhood, and independence, commonly mistaken as aggressive, hysterical and dramatic.

Is feminism that complex that it still confuses society, or are people too used to brushing off the clear discrimination? We are suddenly too angry, crazy, or just PMS-ing when going after equal opportunities.

“Feminists are regularly characterized as angry […] as if anger is an unreasonable emotion when considering the inequalities, challenges, violence and oppression women the world over face,” Roxane Gay wrote for the New York Times.

Women are portrayed as the weaker sex that hates on men now, not as fighting for “the theory of the political, economic, and social equality of the sexes,” which is how a Merriam-Webster search defines “feminism” to be.

Cohen’s phone light kept coming back up. She was still being bombarded with notifications. I could see how tense she was becoming and I couldn’t shake off the fact that I knew exactly how she felt.

It was office hours now and she could see that this individual wasn’t going to stop until he had the last word. I saw her shaky hands texting him back and her anxious voice while she talked to me.

While my instinct was to tell her to block him – because I was afraid for her – she picked up the phone and called him. “I’m not going to let him have the last word,” she said. “Enough is enough, and he should be ashamed of his behavior.”

She was determined. The phone rang and rang, and suddenly Mr. Hotshot didn’t know how to pick up his phone, so his machine did instead.

She left him a message, questioning why he simply couldn’t stop after she politely asked him to leave her alone. Her voice was calm and collected as she stood up to the bully. “Do not contact me ever again,” she said. She closed the door on any polite friendship they had, because he no longer deserved her time.

She is not going to stop. She can’t stop. Why should she when it’s her equal right to have the last word?