Why Getting Paid A Lot is Perfectly Fine 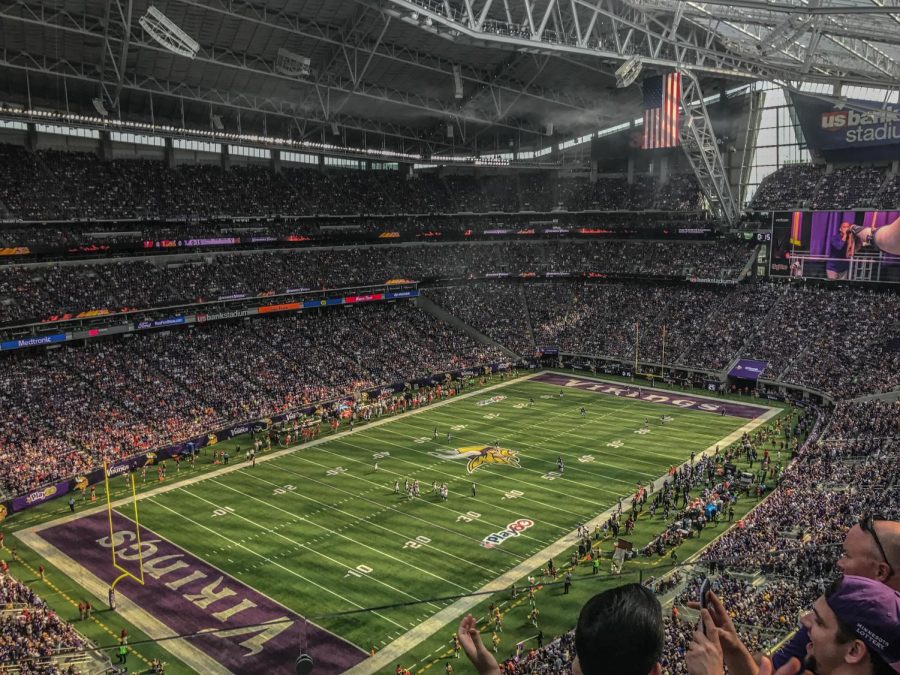 The US Bank Stadium was closed down December 2013 for renovations. Opened July 2016, the 3 year renovations cost $1.061 billion, half of which was paid by the state of Minnesota.

The average salary of a professional National Basketball Association player is $5.15 million per year, according to the Huffington Post. This amounts to $430,000 per month, and $15,000 per day. This is a lot of money for a single person to make. Especially when we consider that doctors, who arguably participate in a more important service, only make $180,000 annually, (or $15,000 per month). The question is then, why would an athlete be paid noticeably more than other professions, such as doctors or policemen.

For one, athlete salaries are not stable. An athlete embroiled  in controversy or bested by other athletes will have his income be reduced, as they will no longer be popular. In some cases, like boxing, the athlete is paid per match.

Furthermore, certain sports require an athlete to willingly put their life to risk for the sake of an audience’s entertainment. Surely getting into a fist fight that can lead to permanent injury justifies getting paid a few million.

Secondly, it is important to not ignore the value of sports. I don’t really have interest in sports, but to say that it is invaluable would be ignorant of me. Sports has been and will continue to be a powerful element of culture within society. Nations like Brazil have built their identity around sports like soccer. Meanwhile in the United States, every year families and friends gather to watch a game of American football.

Children grow up looking up to athletes as models of strength and perseverance, and are inspired by them to be better. It is thus inarguable, that sports are fundamental to the culture of modern society.

Most importantly, the money for athletes flows from customers. People are willingly buying expensive tickets and merchandise to see their preferred athlete perform. The money is given to the athlete willingly. Once an athlete becomes popular, a business or a brand may offer him or her sponsorship, thus giving them more money.

Note, that every step of the way, an athlete’s income is given to him by fans who love his work, much like how an actor is paid by the money audiences pay when buying movie tickets. No one is forcing these fans and audiences to pay so much. Especially considering, with modern technology one can watch any sports game from the comfort of their home. People volunteer their money.

On contrary, doctors are paid through insurance services, which in turn are funded by people who must provide periodic fees. It’s doubtful that anyone is excited to pay for their insurance. Similarly, policemen are paid by the government, which is funded by taxes. You’d be hard-pressed to find someone who wants to pay more taxes. Because the only way we can increase the pay for our doctors or policemen is by paying more to our insurance companies or to our government.

Thing is, most people aren’t interested in doing that. When I buy a ticket to a sports game or to a movie, I get enjoyment out of it. I see a direct return to my investment. When I pay taxes, it feels like I am throwing money off a bridge. Of course, that’s not true. Our taxes fund schools, police departments, government offices, etc., but the return is not obvious nor immediate. Thus, I am not excited to fund my doctor. At the end of the day, there’s no fun in paying for my doctor.

Lastly, athletes just have a bigger role in our lives. Someone who is into sports may spend every day seeing something relating to his hobby. It may be a video on YouTube, a game on TV, or just a prolonged conversation with friends about a game or an athlete.

Most people will never have this much interaction with a doctor or a policemen. They are simply not a major part of the average person’s life.

There are only two possible solutions to this “issue.” Either we force people to not buy tickets and not fund their favorite athletes, so it is more fair for doctors and policemen, or we increase taxes, make life insurance more expensive.

In other words, there is no solution. The system works fine as it is right now. As the old saying goes, if it ain’t broke, just don’t fix it.

Here is the link to an article that challenges this viewpoint.