Armenia: Still On a Revolution High

Though bigger changes are yet to come, Noah’s people are hopeful 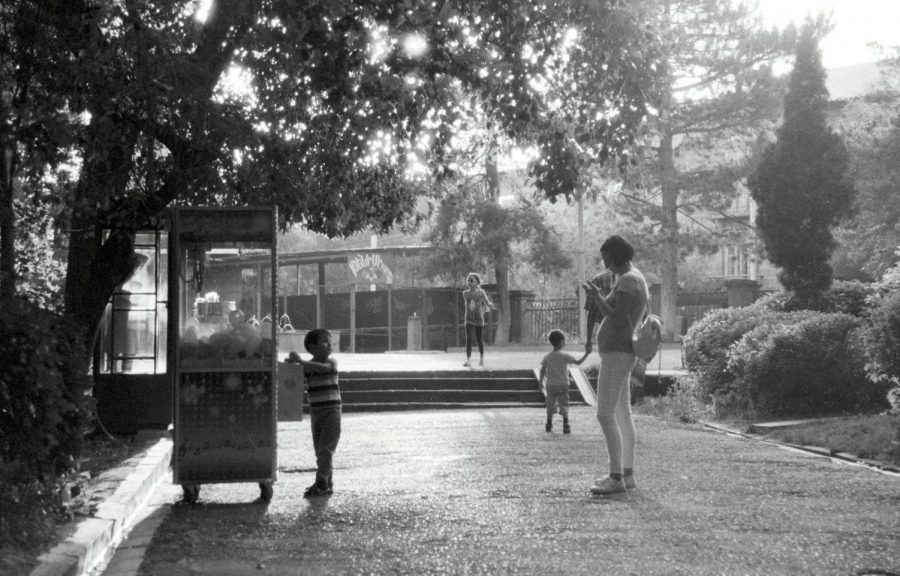 Children play at an old park in Gyumri, Armenia, in this August 2018 photo.

Going to Armenia on a two-month trip was not something that I even considered doing during the summer. It was sudden. It was sweet and exciting. After all, I was going home to a new Armenia. At least that’s what my friends had told me.

I remember the scowl of disappointment on my face on our driveaway from the only functioning commercial at airport in the small country, Zvartnots International. The road out of the airport was darker and a bit bumpier than what I was used to and what I expected. I remember making a comment to my dad that nothing had changed. Not since the revolution, anyway.

The city and the dark roads were just how I had left them years ago. They were melancholic. Melancholic in a way where you can feel your heart instantly breaking. I’m not sure why. Perhaps it’s the feeling of returning home to someone you love, but you know this person isn’t doing well. Like an old mother, waiting for her children to return home for a visit. She is worn out, she is mysterious, she is sad, but yet she is warm and welcoming. She is always there. You don’t know what the future holds for her, but yet you cherish the things that you see in her.

That’s what Armenia is to me. An unimaginable force that keeps one coming back for more. It’s beautiful, but not the most beautiful. It’s perfectly imperfect. It has problems and issues. It has a painful history. It’s been shot down more times than not. Through it all, it has stood tall, and persevered in the best of ways. You go back to her, you love and cherish her, but when the time comes, you leave her, because you have a more perfect life somewhere far away. Somehow, the perfect life, and perfect home, the perfect mother, doesn’t seem real. It’s not yours. You can’t always go back to it. You don’t even miss it, because it doesn’t break your heart, as the old mother does.

As I started to make my rounds in Yerevan and the outer parts of the country, I sensed a huge Soviet presence, more than ever before. You see abandoned factories with broken windows, or unfinished apartment and hotel buildings. You even stumble upon children’s parks with no sign of renovation or beautification in sight.

And when the beautiful nature started to take my breath away, and the old, unfinished buildings became nothing but a charming touch to all that was going on in the country, I saw the light. I saw something that I often dreamt of, but had lost hope in. This is how it went.

I used to walk and take the metro everywhere during my stay in Yerevan, the capital that I love so dearly. But it was during those Mediterranean heatwaves that I allowed myself to get around the city. Not by walking or taking the metro, but by taxi.

I could tell that the driver was not pleased about the traffic and the horrible driving in the city center. He probably was so tempted to light a cigarette to help relieve the stress. He didn’t.

“I no longer honk at cars and people,” were his first words to me since I got in the cab, 20 minutes earlier. He then went on to explain why he said this. “Whether it’s a big act of kindness or something as small as honking while driving, I believe that everyone should be doing their part in furthering the change, and supporting it.”

After talking to me for a few more minutes, the conversation became one of my favorites to share. The man explained to me that no matter how long it takes the new Armenian administration to fix the broken system of corruption and poverty, he was sure that it was never going to be as bad as it was during the reign of Serzh Sargsyan, Armenia’s overthrown president.

“There has been a change in the Armenian situation. People have changed,” the man remarked. “And now, people who live here, can’t complain that there are no jobs, because there are. And those in the diaspora, don’t have the right to say that can’t come back home, because at home there are no opportunities.”

This conversation, seemed to have answered all of the unanswered questions that I had inside. Those that I wanted answered during this unplanned trip to Armenia. For a second, I felt like it was all in my hands and I could change the world, if I wanted to. I could even come back home, without ever having to leave again.

Then I started to think about what the revolution did in Armenia. At first sight, you think that four months is not a sufficient amount of time for us to judge the effectiveness of the new administration. It’s not until you take a closer look at the actions and operations of Nikol Pashinyan, the new leader of the country, and his cabinet.

From what it seems, the new wave of officials of the Armenian government, have been working endlessly to bring the much-wanted and anticipated change to the country.

The Ministry of Education has been hunting through the university systems and one-by-one eliminating school deans and principals, and even educators, who have previously required ‘monetary aid’ in exchange for higher grades. They even plan on decreasing primary education years from 12 years, down to 10, as it used to be many years ago.

The Ministry of Diaspora, has been organizing meetings with different community leaders around the world, where these populations will get to discuss issues that the diaspora faces, their plans of returning home, and even ways of investing in their homeland.

The justice system of the country is in its prime time right now, as we start to see almost all political prisoners in Armenia getting their justice. Leaders of previous administrations, along with corrupt oligarchs have also become a big target of the National Security Services of Armenia, as they investigate the amount of wealth stolen from the country’s economy, and other crimes committed by these individuals.

Aside from that, tourism has reached an all-time high this summer, as a huge chunk of diasporans visited their homeland this summer. All of this was due to the change of administration.

Though the changes were many, I believe that it is too soon to say anything else. I believe that the new government is walking in a straight line towards imposing true democracy in the country. The biggest change, though, was the change of attitude and outlook that I saw in the faces of ordinary people. Those who work at stores, or drive cabs, or are just sitting in a cafe, sipping on a good, old cup of Armenian coffee. (It’s not actually Armenian.) You see the change in their souls, in their smiles, and the way that they act around one another. It’s relieving to see this, because it tells me that my people know that their voices are heard, and that they can change anything they wanted to, but it all starts with the change of an attitude and the way one sees the world. Their world.