One battle over Grayson ends, but the war against fossil fuels continues 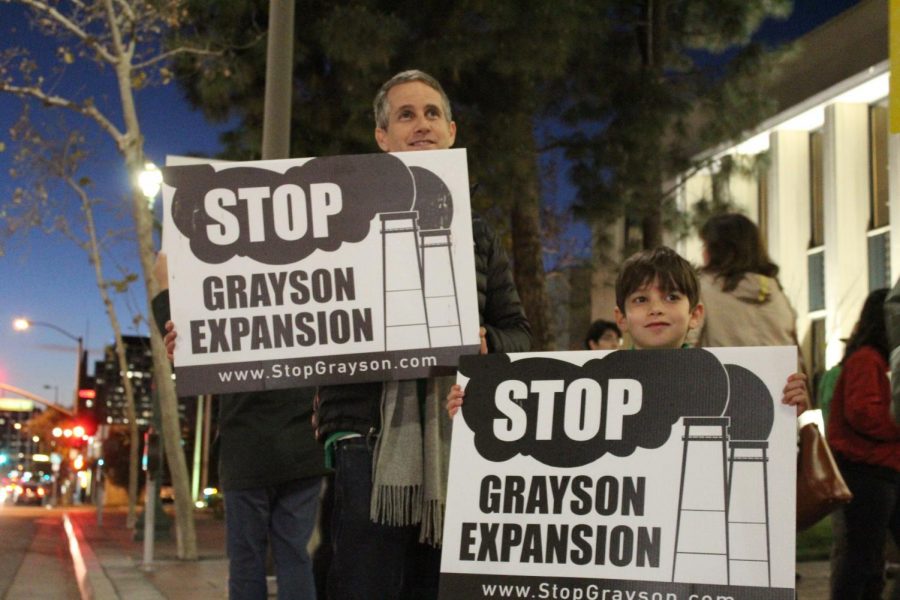 The tug-of-war battle between clean-energy proponents on one side and the pro-fossil fuel Glendale Water & Power and their associated allies over the Grayson Power Plant has been decided.

After a months-long debate, Glendale City Council voted 4-1 during their April 10 meeting to temporarily hold off on the Grayson Repowering Project, and instead take a closer look at potential ways to meet Glendale’s energy needs through the use of clean-energy sources.

A hard-fought victory for residents who are concerned about the city’s use of fossil fuels assuredly. But while the vote by City Council signals an end to one battle, the war for a “clean and green” Glendale still rages on.

During the Council meeting on April 10, up for a vote was the certification of the Environmental Impact Report (EIR), which went over the potential environmental effects of the Grayson Repowering Plan. For those unaware, the Repowering Plan is a plan put together by Glendale Water & Power that seeks to replace aging gas-fired generators at the Grayson Plant with ones that are newer and more efficient.

The total cost of the renovations would hover around the $500-million mark. That’s a questionable long-term investment, considering the rapidly decreasing price of solar and battery technology as well as what looks to be an eventual complete phase out of fossil fuel-generated electricity, at least in California.

If the outrageous price tag on what would eventually become a “stranded asset” did nothing to deter, consider the fact that local greenhouse gas emissions would increase by roughly 415,000 metric tons. Furthermore, additional toxic particulate matter (e.g., lead and carbon monoxide) would cloud the surrounding area – an area flanked by thousands of residences and multiple elementary and high schools.

Not to mention the moral and ethical obligations that we all have in the fight against the disastrous effects of anthropogenic climate change.

Rather than outright accepting or denying certification on the EIR, Glendale City Council decided to take no action on it and instead commissioned a Request for Information (RFI). The RFI opens up a 90-day window where outside firms can be consulted for plans regarding renewable-energy alternatives to power Glendale.

While this is no doubt a victory, it’s a small and short-lived one. City Council did not vote on the EIR, which means the fossil fuel-exclusive Grayson Repowering Plan is very much still on the table.

The fight now moves on to ensuring that the RFI is done transparently and with a thorough look at all available energy options. Responsibility for conducting the RFI has been handed to GWP, who has always been a bit partial to the current natural-gas option, to say the least.

It will be up to local residents to apply consistent pressure on Glendale City Council and GWP. The councilmembers who voted in favor of the RFI – Paula Devine, Zareh Sinanyan, Vrej Agajanian and Vartan Gharpetian – deserve praise for their leadership on a tough issue, but without further pushback by their constituents, GWP could easily sleepwalk through the process and end up right back at their desired repowering plan.

Solar, battery, and other renewable technologies are currently economical and will unquestionably be the future of energy. Fossil fuels are a dying energy-generating source and should have no dominant place in Glendale’s electricity portfolio.

Spread the news about the Grayson Power Plant and contact your City Council members. Demand accountability and transparency. Let your elected officials know that their actions in these crucial moments will affect yours when it comes time to hit the ballot box.