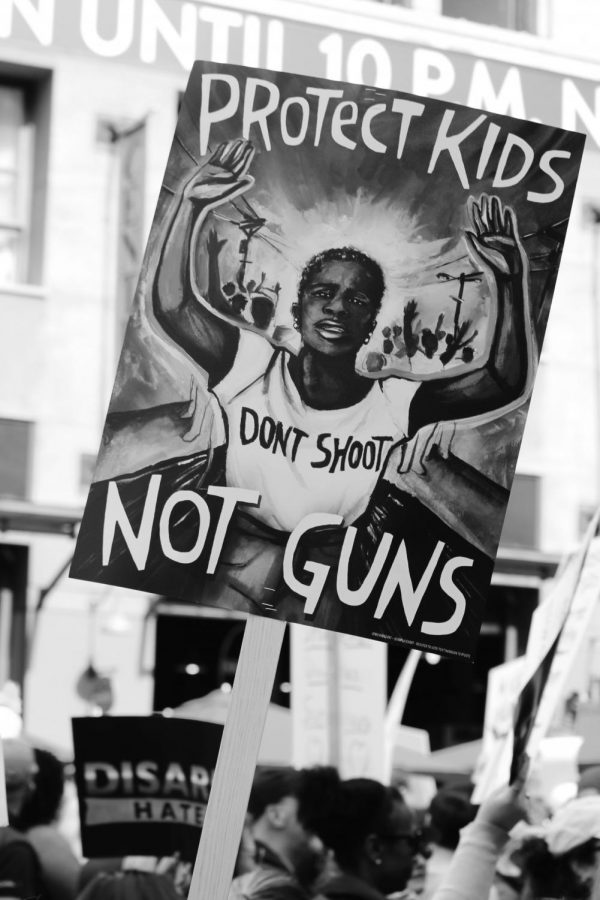 In that moment, Stephon Clark, a 22-year-old black man from Sacramento, was murdered outside of his grandmother’s house, inches away from the backdoor.

On the night of March 18, police responded to a call of someone potentially breaking into vehicles in Clark’s neighborhood. With the help of helicopter guidance, officers spotted Clark hopping a fence into his grandmother’s driveway and pursued him – with guns drawn –  through the backyard.

They shouted commands to hold still and promptly opened fire. After shooting at him, and as he lay bleeding, the officers identified themselves and began to approach, with every minute further signing Clark’s death sentence. Sacramento police officers claimed that Clark had a firearm.

He was unarmed. In his hand, he only had an iPhone.

The overaggressive and blatantly trigger-happy actions of the officers that night have robbed a family of their loved one, two children of their beloved father, and a young black man of the chance to live.

But the actions of the Sacramento police officers are no isolated incident. Indeed, Stephon Clark is another victim in a long list of unarmed black men to be shot dead by police officers in the United States in recent years, who claimed that they “feared for their safety” during the engagement.

An independent autopsy performed by private medical examiner Dr. Bennet Omalu paints a grim photo. Clark was shot eight times, Onalu found, with nearly every shot fired hitting him in the back. With a two-to-one person advantage, why did the officers feel the need to open fire on a man who made no advance towards them? Why did they feel the need to unload 10 shots apiece? Why did they feel the need leave Clark without medical intervention for nearly ten minutes? And then to handcuff him when he lay bleeding?

No matter the prior actions of Stephon Clark that night, no man deserves to be shot dead for an alleged petty crime. Officers take an oath to protect and serve, not play judge and executioner. Extrajudicial killings have no place in America, yet many have accepted them as a necessary price to pay in enforcing an oftentimes fruitless tough-on-crime attitude. Nevermind the circumstances surrounding the killing; the appearance of impropriety on the part of the slain is all the justification needed.

Law enforcement in the United States needs an overhaul. The tendency for officers to shoot first and ask questions last, especially in the case of black Americans, is the antithesis of what a police force committed to serving the people is supposed to do. That should go without saying. Why is conflict escalation – drawing firearms while screaming confusing and intimidating commands – such a common first line of defense for our police force?

In addition to upholding the Constitution, police officers take an oath to have the courage to hold themselves and others accountable. That means that the badge in which they bear cannot shield them from crimes they commit, and that should include the weak and ambiguous alibi of “fearing for their safety.”

Lady Justice is supposed to be blindfolded, yet it is increasingly apparent that the scales of power have shifted too far towards the Boys in Blue. Justice needs to be served in the case of Stephon Clark, and accountability needs to be injected back into our police departments.