The Trouble With Kevin Spacey’s Timing in ‘Coming Out’ 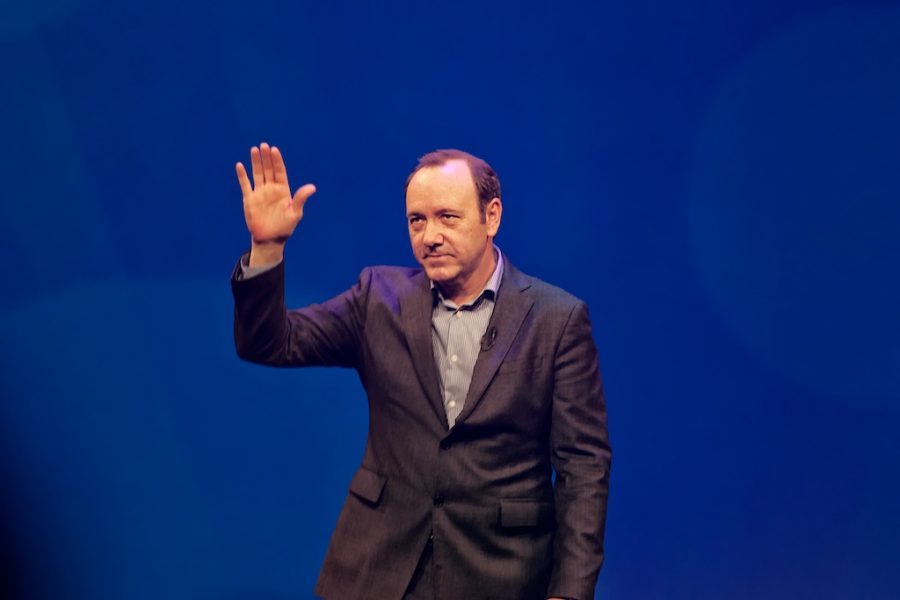 It was just days before Halloween when the Buzzfeed article dropped. Following the premiere of the Harvey Weinstein Hollywood debacle, Buzzfeed News broke news that former “Star Trek Enterprise” actor, Anthony Rapp, had come forward with allegations that Kevin Spacey sexually assaulted him at a party in 1986. Since Rapp’s initial admission, there have been dozens of other victims that have spoken up with their own accounts of inappropriate or lewd acts initiated by Spacey. But before any of the other accusations surfaced Spacey released a response in the form of an “apology,” and now infamous coming out moment.

While everyone is aware of the outrage circulating Spacey’s decision to seemingly deflect the much larger task of taking responsibility for continuous harassment, and electing to downplay the many case(s) of sexual assault and predation with something as courageous and vulnerable as coming out, has anyone questioned why Spacey is under the impression that correlating the two is acceptable…as a gay man himself? He has never openly lived in the culture that defines him and is, in turn, ignorant on how to navigate it.

“He tried to mix pedophelia with homosexuality, as if they had anything to do with each other,” said Susan Sarandon, one of many celebrities who’ve chosen to speak out against Spacey’s failed apology and coming out attempt. “I am sorry to hear of Anthony Rapp’s experience and subsequent suffering, and am sorry that Kevin only saw fit to acknowledge his truth when he thought it would serve him, just as his denial served him for so many years,” tweeted Zachary Quinto.

As crucial as it is to reprimand for obvious reasons, herein lies a problem. While focused on the fact that Spacey ignorantly chose to come out at the most inappropriate time, inadvertently connecting two things that are nowhere near intrinsically linked (homosexuality/deviance), an erroneous rationale that happens continuously in the U.S. by the way, we have glossed over the matter of why he resorted to this kind of behavior in the first place. In no defense of the actor’s wrong doings or actions, as there is no excuse, one should still question any kind of motive and what could have possibly led to the various instances, as well as how they can be prevented from happening again. It goes without question that there’s already a blinding stigma correlated to the LGBT community, which attaches its “predatory deviant“ label to what it means to be queer. And while deviance is proven to be relative, rather than absolute, one can come to the pretty simple conclusion that we certainly still live among friends, colleagues, and family members who believe being gay is a choice that is continuously made incorrectly. As a result, there are three kinds of oppression queer people face, all with their own various forms of doing so, according to D. Stanley Eitzen, emeritus professor of sociology at Colorado State, and co-author of “Social Problems.”

• legal (unfairly treated by courts and agents in control)

Needless to say, Hollywood—the industry that seems to be at the forefront of the pro-gay crusade— isn’t exempt from this type of behavior. Personal testimonies of anti-gay discrimination in the entertainment industry have been recorded in a study conducted by UCLA on sexual orientation and gender identity based on experiences and perspectives of 5,700 SAG-AFTRA members in 2012. “A director told me to recast a role after he found out the lead was a gay male,” said one member. While the executive summary reads; “Though the entertainment industry through film, television, and other media reflects positive social changes for lesbian, gay, bisexual, and transgender (LGBT) people in the U.S., we currently know little about the progress toward full inclusion of LGBT performers in entertainment.”

However inappropriate a time to do so, Spacey resulted in stepping out of the proverbial closet he’d taken residence in for a majority of his life. Living in hiding…within himself—yeah, wrap your head around that one—in conjunction with juggling what the rest of the world expected of his sexuality, on top of natural impulses driven by his consistently repressed true identity, warrants room for some fraction of confusion in anyone’s mind. Even reading it aloud elicits a dazed reaction. The line between what is right and wrong, socially accepted, tolerated, or even frowned upon could become blurred for anyone experiencing high stressors and contradicting internal struggles.

Born in 1959, it can only be assumed that Spacey came across his fair share of fellow colleagues’ criticisms of gay or queer culture in the workplace.

Even as an up and coming entertainer. The plight in this particular setting remains to be Spacey’s willingness to retreat to the closet in an industry, and country, that says “caucasian, heterosexual male” is the ultimate master status.

It’s a slippery slope that some navigate with more finesse than Spacey’s heteronormative-industry-driven ignorance to his own “status” in gay and queer culture.

The idea of gay-shame seems to have fueled Spaceys decision to remain coy about his sexuality as he reaped the benefits of the previously mentioned master status, into which he’s chosen to willingly secede. The same country that told him he shouldn’t be gay, in turn elevated him to a platform of power, under his own cowering false pretenses. Inevitably granting Spacey the same power awarded to Weinstein. The elitist idea that they are in such a position of power that they manipulate situations where they feel in control, and eventually commit multiple acts of sexual harassment and assault.

Never allowing himself to live as an openly gay man and navigating the world as the alternative has complicated Spaceys state of mind and has resulted in finding some form of solace, no matter how inappropriate, in other outlets. Blurred lines, confusion, and the intent to abuse power in various inappropriate ways plague his entire thought processes.

Since the initial statement by Rapp, followed by Spaceys hastily posted “apology,” 20 claims have risen against him at the Old Vic Theater in London where he served as artistic director for several years, eight from the crew of House of Cards, and another involving the son of news anchor Heather Unruh.

Consequently it was announced that filming for the Netflix original House of Cards, starring Spacey, had been put on hiatus only to be announced that the sixth and final season would hopefully return soon, sans-Spacey. Netflix eliminated a Gore Vidal biopic starring Spacey, initially slotted for 2018. He was also removed from and replaced in the previously completed filming of All the Money in the World, still scheduled to premiere December 22nd. “I think it’s very sad what happened to him. Kevin is such a talented and a terrifically gifted actor, and it’s so sad. It’s such a shame,” said Christopher Plummer, who replaced Spacey, to Vanity Fair. Since then Spacey has been dropped by both, his talent agency as well as his publicist.

In early November Spacey has checked himself into a sex addiction rehabilitation center in Arizona. Coincidentally enough, the same facility that Harvey Weinstein has been admitted. It seems as if Kevin has managed to develop a habit of attempting to “apologize” or “fix” the issue, yet promptly following it with an action almost as disheartening and disappointing.

Here’s to hoping that moving forward only lessons are learned and resolutions will be determined in light of these unfortunate, but eye-opening events, that only continue to surface. The #MeToo movement has only just begun to spark conversation and attract attention to situations happening regularly. Not only with women, but with anyone. And not just in Hollywood, but everywhere. Now that this has become a morbid reality, it is up to our society as a whole to have the taboo discussions that are constantly brushed to the side and become advocates for change. Urge to understand–and, if necessary, be the proponent for change in the way societal norms have negative effects on everyone and anyone. “[I] hope to work within the industry to create infrastructure to prevent predatory behavior, and give victims more recourse to safely speak out,” Rapp told Buzzfeed. Unlike Spacey, find meaning and comfort in your own master status, whether it be gay, black, trans, female, etc. and welcome it in hopes of enlightenment, prevention, and overall positive change.