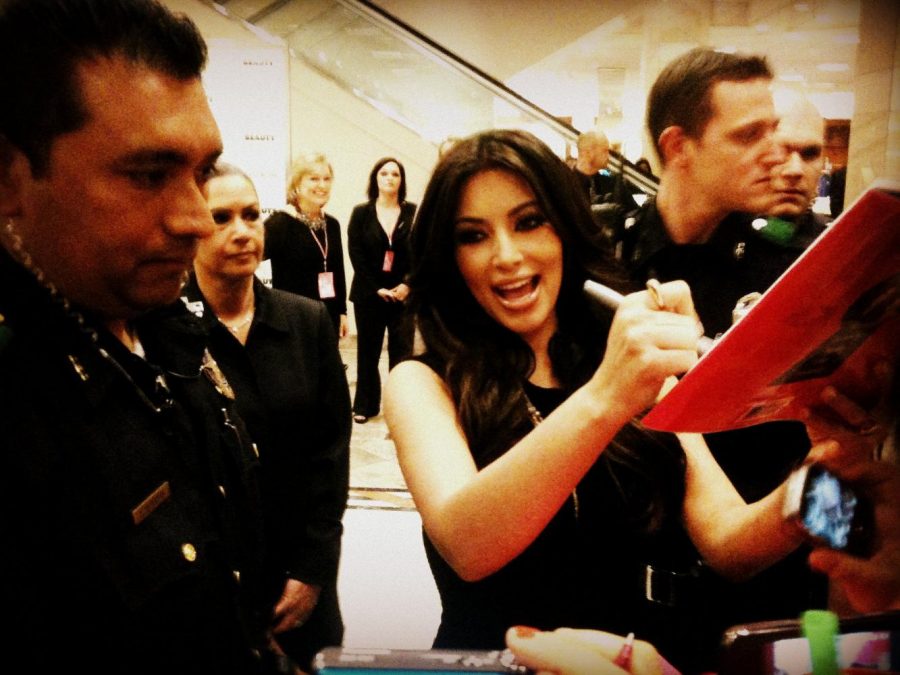 This fall has been a particularly grisly season, with multiple natural disasters and, recently, a man-made one where 58 people were shot dead at a concert. While there has been considerable attention on the latter event, the nation has collectively forgotten about Texas, which is in the process of rebuilding after a devastating hurricane. Instead, the media attention shifted to reporting on how not one, but two Kardashian sisters are pregnant.

Even in the aftermath of the Las Vegas attacks, some headlines exclaimed, “Celebrities React to Vegas Shootings.” The following day after the shooting, Grammy award-winning singer Mariah Carey was interviewed on “Good Morning Britain” about her upcoming Christmas tour, but before she was asked about it, she was asked for her take on the Vegas shootings. A clearly uncomfortable Carey sprawled on her couch had no idea how to respond. She is a celebrity and not an analyst on gun crime.

We should ask ourselves why celebrity culture matters so much. We should also examine how people become famous, because it is usually not so laudable.

Celebrities are quick to sell their soul and entertain voyeurs (which in many cases equals embarrassing themselves). It is reality TV culture. The truth is that having some sort of talent won’t take you far in today’s entertainment industry, because that is not what brings in the big money anymore. Instagram followings matter more.

Thanks to a sex tape, Kim Kardashian-West has a net worth of $45 million and is one of the most-watched people in the world. Nicole “Snooki” Polizzi became a New York Times best selling author by getting drunk and embarrassing herself on the TV show “Jersey Shore.” Danielle Bregoli (also known as the “catch me outside” girl) just signed a multi-million-dollar record deal with Atlantic Records. Not because she is talented, but for making herself look like a spoiled idiot on Dr. Phil’s show, and gain a huge following on her social media.

How did we get here? Our generation is incredibly good at spreading information by liking, commenting, and sharing on our social media. Even when we find something stupid, it still gets shared all over – because we find it entertaining, and because we are all voyeuristic and obsessed with social media and fame. Many people forget that all publicity is good publicity and Donald Trump is a great example of this. Sharing articles and commenting “Donald Trump sucks” and such, will only help him generate more traffic, gain more likes and views. The attention we gave him propelled him to fame because it made people wonder if there was a reason others were so obsessed with him. He became the nominee of the Republican platform by using social media the way so many third-rate celebrities do.

Right now, our society is still preoccupied with discussing whether Kylie Jenner and Khloe Kardashian are pregnant than the aftermath of major disasters like the earthquake in Mexico, and hurricanes in Texas and Puerto Rico. The volume of social media posts and headlines proves the preoccupation with celebrity culture.

We make people who behave badly famous because we crave that kind of news.