Hugh Hefner: A Legacy of Oppression 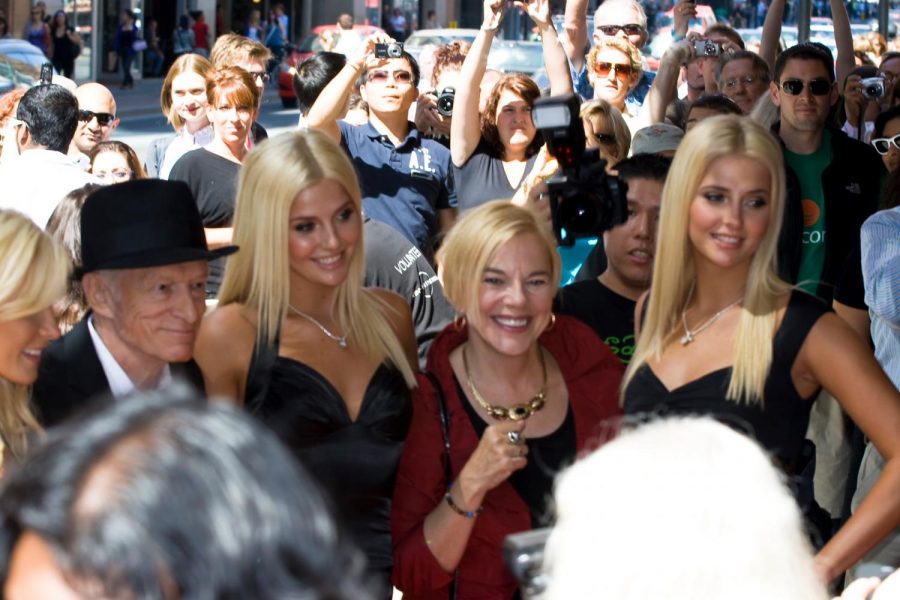 Excuse me if Hugh Hefner’s passing is not really sentimental to me. Personally, I don’t even see why so many people would glorify him knowing how manipulative he was and how he defamed women through his publishing company. These are facts and easily looked up. Indeed, this man, that so many seem to praise and mourn following his death, was clearly a mastermind at making women believe that they had to change the way they look and carry themselves to become more sexually appealing.

To many, he was idolized for bringing the entertainment industry to a whole other level. From featuring such iconic personas such as Marilyn Monroe, to later starring some of the most famous celebs such as Kim Kardashian, Drew Barrymore and many more, Heffner made a fortune as well as build an empire that idolized the idea of women being seen as playthings, or as Hefner would call them, “Bunnies.” People call it sexual revolution. But was it? His publishing company stooped to a level of publishing child pornography in images taken of a 10-year-old child actress, Brooke Shields, in a bathtub. That’s pedophilia, not a revolution.

He also didn’t seem to understand consent. Many Facebook posts are noting that Hefner will be buried next to his “sweetheart” Marilyn Monroe. He never even met the famed actress at all. He purchased her photos without telling her from a nude calendar and, years after she took them, he featured them in the first issue of his magazine. Monroe, who came from a broken home and married at age 16 to escape, took nude photos and tried to distance herself from them by using a false name. She bought food with the measly $50 she made. She wasn’t his friend. They never met and he went as far to buy the burial plot by hers so they can be “eternal” bedmates. Gross and creepy.

But it didn’t stop there. He did it again years later with a very well-known public figure, Jessica Alba. Alba was featured in a playboy magazine in 2006 without her personal consent. They were bikini shots to promote a film, but Hefner put her on the cover, as if she was a centerfold. She was never once asked if it would be okay for them to do so. When Alba launched a lawsuit against the Playboy industry, Hefner stepped in and agreed to donate to any charity of her choice if she agreed to drop the charges, which she did, probably to avoid a long legal battle.

The point is this: Hefner’s legacy is one where women were commodities to be purchased. He had an idea that money can buy the rights to a woman. He preyed upon those with terrible upbringings, and countless reports from women who lived in the mansion talk of dirt, filth, and sex that may not have been consensual.

Take Holly Madison for instance. Madison was once a ‘bunny’ herself before she realized that the glamorized playboy lifestyle wasn’t really what it seemed. In her tell-all book, Madison describes her first encounter as Hefner offering her drugs, Quaaludes to be exact, in which he jokingly told her that they were once called “thigh openers” in the 70s. Madison was only 21-years-old working at Hooters at the time.

Madison described that living in the playboy mansion was nothing but an ongoing torment. Hefner enjoyed pinning the women against each other and manipulated each and every one of them to the point where Madison’s own self-confidence was shattered and at one point even contemplated ending her own life.

Hefner was big on picking on his ‘bunnies’ appearances. Madison describes him bashing on her over a simple haircut just because she decided to try out shorter hair as opposed to keeping it long. He called her ugly and told her she looked “old and cheap.” As if that wasn’t enough scrutiny to face every day, Hefner was also a monster when it came to his sex life. He enjoyed watching his bunnies have sex with others even if it was painful for them, and when it came to himself, the more bunnies he could have in his bedroom the better it was for him. Kendra Wilkinson, a former Playboy Bunny as well stated, “I had to be very drunk or smoke lots of weed to survive those nights.”

For instance, take Pamela Anderson. Hefner’s passing spiraled her out of control. She went on this frenzy rant online where she praised Hefner for giving her life and making her a better person, but if one really looks at her career and backtracks a little, did he really give her a good life? Her Playboy career initiated in 1989, but, to this day, Pamela has had a series of ups and downs, from contracting Hepatitis B, to being mentally unstable and over-using drugs. Is that really a better life? It really makes you wonder what version of “a better life” means to every one of these women.

Women like Pamela Anderson, Anna Nicole Smith, Paris Hilton, and the list goes on and on are often glamorized because they have “features” that seem to catch the eyes of many, but their reputations are dragged through the floor. Smith died from a drug overdose and was a laughing stock. How sad that we forget.

We now live in an era where women have risen to be strong political leaders, business owners, public speakers and many more. Women are stronger than ever and stand for so much more than sex objects. Sexual freedom is important, but Hefner didn’t give that to women, and we need to stop pretending he did.