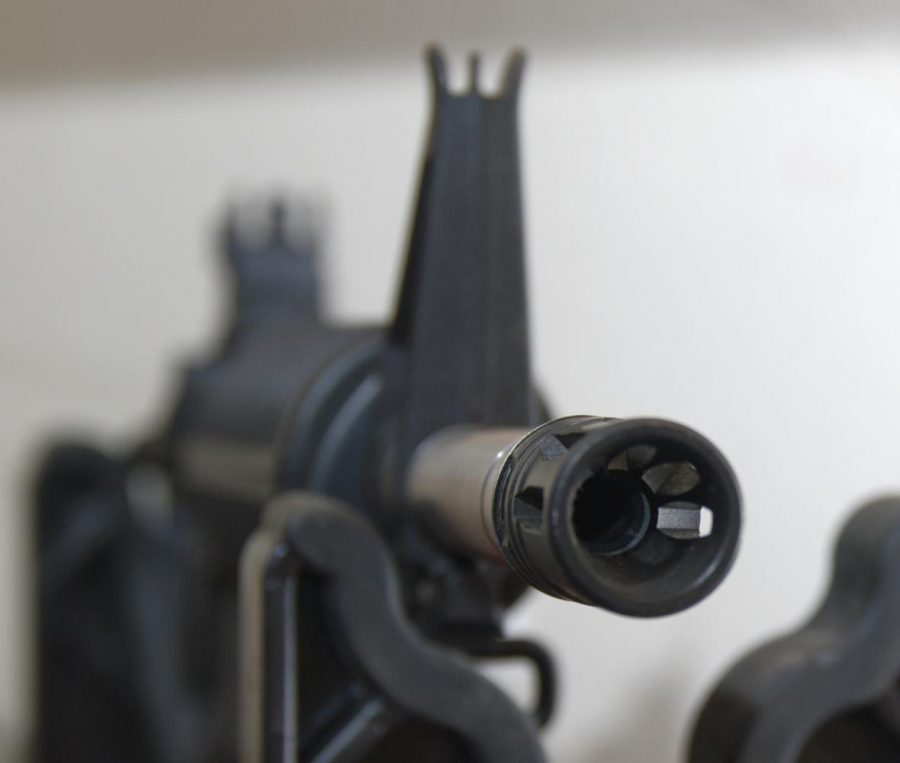 Nearly 250 years ago the Founding Fathers came together and composed the Constitution, and with it the structural framework for our nation.

In the wake of last week’s massacre in Las Vegas, it is important that the government, and “We the People,” establish an honest debate over the scope of the Second Amendment.

America has a firearms problem, that much we know. While it is true that guns don’t kill people – there clearly has to be someone pulling the trigger – it has been shown in numerous studies that one of the most significant indicators of gun-related violence is gun ownership. States with higher levels of gun possession have a disproportionately large number of firearm-related homicides.

Correlation doesn’t imply causation, but such a robust interrelationship needs to be given serious deliberation. Let the statistics paint a clearer picture.

Americans are 10 times more likely to be killed by guns than others in developed nations, according to a 2016 study published in the American Journal of Medicine. Gun-related murder is 25 times higher here in the U.S. than those in the 22 high-income nations analyzed by the researchers.

Furthermore, America has six times as many firearm homicides as Canada, and about 16 times as many as Germany. A report from Canada’s national statistical agency, in 2012 – which was the most recent year available – the U.S. suffered a total of 8,813 murders involving the use of firearms. In Canada, however, the numbers were as low as 172.

The Second Amendment is untouchable; gun culture in America is here to stay. Trying to address all gun-related violence is biting off more than we can chew and therefore a waste of political capital.

So this is by no means a debate about the right to bear arms – no prominent political figures have legitimately taken action to strip America’s Second Amendment access in its entirety. Anyone who spins the argument in that direction is fear-mongering or has fallen victim to it. The debate should center on the ability of ordinary citizens to bear military-grade arms which have the capacity to murder 58 people and leave an additional 500 injured in a matter of a few effortless minutes.

What happened in Las Vegas encapsulates the pandemic that has plagued America in recent years: mass shootings.

Though there is contention over an official mainstream definition of the term “mass shooting,” the FBI has defined it as an event where a gunman shoots or kills four or more people in the same time period and location.

The country has seen 273 mass shootings from Jan. 1 of this year until Oct. 3, according to the Gun Violence Archive, which collects data from shooting incidents throughout the United States. We’re averaging seven-and-a-half incidents a week; more than one shooting per day.

Of course, the vast majority of these are committed with handguns and not the military-grade weaponry wielded during the infamous mass-shootings that dominate national headlines.

In spite of this, the fact that Americans can name not just one mass-murder, but list off a handful in recent memory at the hands of high-capacity, large-caliber, semi-automatic rifles should be enough to establish the notion that these weapons should not be available. Las Vegas, Pulse Nightclub, Sandy Hook, San Bernardino – that’s four mass-shootings in five years with over 140 dead and hundreds more injured.

It took one comparable mass-shooting in Australia to spur widespread legislative action, yet Americans can’t even have an honest bipartisan debate in the face of overwhelming evidence.

Opponents of gun control say, among other things, that America doesn’t have a firearm problem, but rather one of mental illness. Honest, law-abiding gun owners aren’t the ones committing these heinous crimes. It’s those of emotional instability, they say.

It’s rather ironic that many of those who push focus on mental illness rather than gun control, are also the ones who line their ballot with right-wing politicians who wish to gut our access to affordable and accessible healthcare. But that’s another debate.

The argument regarding mental illness is largely true. It doesn’t appear that someone of emotional and mental fortitude would commit such a crime. Nevertheless, saying we need to tackle the problem of mental illness rather than limiting access to the tools used by the mentally ill is not just plainly idealistic, but flirting with a Utopian society that can’t be reached.

It’s helpful to think of mental illness as a kind of abstract cancer. Simply put, cancer is the run-away division of abnormal cells, which forms a tumor, and is deadly if left untreated. The formation of abnormal cells is as natural as cell division itself, but the problem works itself out if our white blood cells do their job correctly. Cancer is innate, and unless there is some visionary breakthrough in medical technology, a “cure” for cancer doesn’t exist. Each kind of cancer is radically different from each other, with different risk factors, triggers, and treatments.

In other words, it’s complicated. Mental illness can be looked at in the same manner. Piercing the human mind to understand the causes, triggers, risk factors, symptoms, and treatments of the seemingly endless array of mental illnesses is so radically complex that the idea is simply impractical.

Just like cancer, you can’t change the nature of mental illness – but you can take steps to reduce your exposure to potential triggers as well as reducing the probability of negative consequences.

Gun control is that step. It’s not a cure to mental illness, but rather a necessary measure to diminishing the ability of ill-intentioned folks of harming others in mass quantities.

The Constitution was meant to be a living, breathing document; one that is read and understood through the contextual lense of the current time. This means honestly and critically evaluating the scope of the Second Amendment.

Should we have access to military-grade weaponry? The answer has never been more apparent.