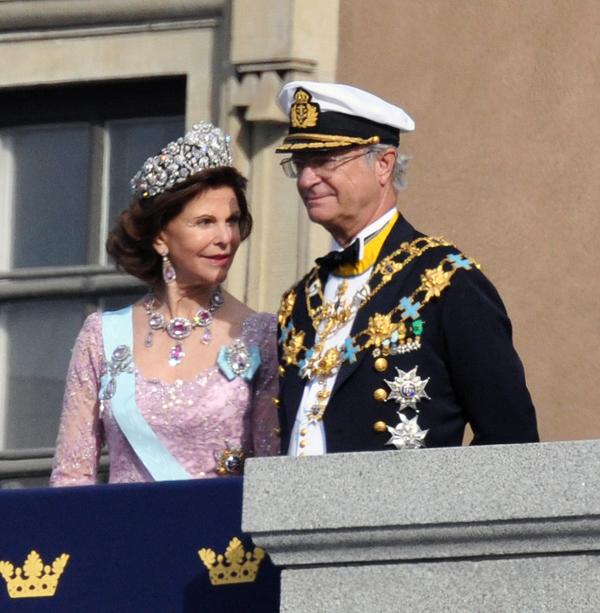 As you all know, election day is coming up very soon and you have four parties to choose between, but it looks like it’s between the Democrats or Republicans —  Hillary Clinton or Donald Trump. Since this column is about the similarities and differences between Sweden and America — Let’s talk politics.
In Sweden we are a monarchy, with our king Carl XVI Gustaf who has been on the throne since 1973. The king is head of state and he is the one who opens the Parliament each year and also leads the meetings when we’re changing the government. But the Parliament actually governs the country.
And instead of two different parties to choose between, we have nine. Yes you read right, NINE. And I don’t count those small parties that don’t really matter, like your Libertarian and Green parties. While you fight over who said what and pick between two, we have to listen to nine different parties talk about what they’re going to do for our country. Some of them stand for the same things and some are totally different.
Not only that, but those parties are split into two different sides: The Alliance, which is comprised of the Moderate Party, Centre Party, Christian Democrats and Liberals, and the Red and Green Parties, which is made up of the Social Democratic Party, Green Party and the Left Party. We also have Sweden Democrats, which is with the Alliance, but as their own party. Confused yet?
The biggest party we have is the Social Democratic Party (25.5 percent) with Stefan Löfven as the party leader, who has also been the Prime Minister of Sweden since 2014. This party stands for making the future better. On their own page they say that politics “must always be about the future, about the society we want to create tomorrow, not on what we have already built.” Just like all the other politicians, right?
Then we have the Moderate Party (28 percent), with Anna Kinberg Batra as a party leader, who wants more jobs for the people. They want more than five million people working by 2020, and we are currently 9.9 million people in Sweden. Good luck with that.
The Sweden Democrats (15.5 percent) led by Jimmie Åkesson is mostly connected with immigrants and immigration. On their page they say “Sweden Democrats is not opposed to immigration, but believes that immigration must be kept at such a level, and be of such a character that it does not pose a threat to our national identity and to our country’s prosperity and security.“
The Left Party (7.7 percent), led by Jonas Sjöstedt, stands for justice and equality. Their goal is “to change society, to make men and women equal, to remove class differences and other injustices, to create sustainable solutions.”
The Centre Party (6.3 percent), led by Annie Lööf, stands for locally grown policy. They want everyone in Sweden to have a job, even if you live in a small town. They also want a more eco- friendly country, and to do that they “want it to cost money if you destroy the environment.Then more people will be environmentally friendly.”
The Green Party (5.3 percent) led by Gustav Fridolin is kind of a future party too, but for the environment. They “want us to take our responsibility for the environment, to give future generations the opportunity to live a good life,” and to do that they want “the people who litter or destroy the environment to have to pay for themselves. At the same time individuals and companies that make eco-friendly and sustainable things get rewarded.”
Liberals (5.3 percent) with Jan Björklund as party leader, want “to limit government, reduce taxes and protect people’s fundamental rights.They say no to the EU, morality, law and waste. ”
The Christian Democrats (3.5 percent), with Ebba Busch Thor as party leader, have a goal, “A society in which the freedom to shape their own life go hand in hand with the responsibility for his fellow man. ” And no, you don’t have to be Christian or believe in God to support them, they call themselves Christian Democrats because “we mean that our values come from Christianity.”
The last party is the Feminist Initiative (2.6 percent) with Gudrun Schyman as party leader. As the name says, they want “to build an egalitarian society without discrimination where all people can participate on the same terms.”
So when you can’t decide who to vote for between your two candidates on Nov. 9, remember what we Swedes have to go through on election day!