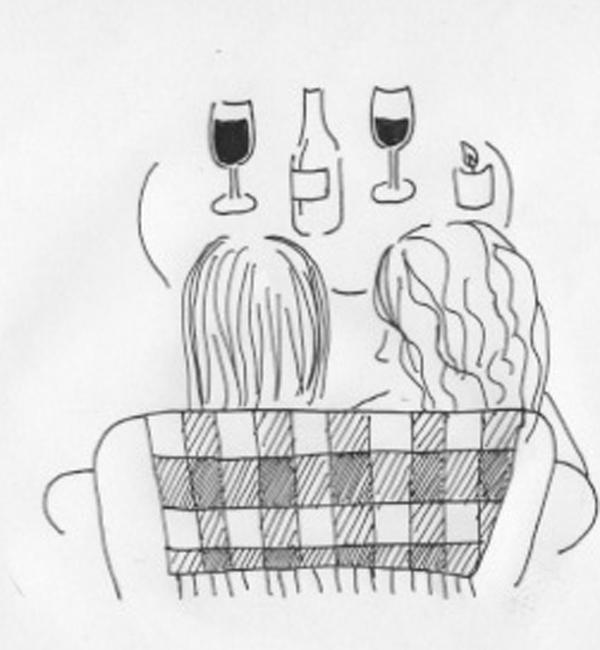 To live with girls is not all late night, panty-wearing pillow fights and wine parties — with the good comes the bad.

My dream of living five minutes away from the beach came true after answering a Craigslist ad.  With visions of tanned skin, morning swims and bonfires, I was blind to the fact my new roomie was a drug addict who was actually evicted, exercising her squatters rights at the time I moved in.  My deposit and first month’s rent went to her drug habit.  After waking to her standing naked next to my bed talking jibberish, I left.  The longest two-weeks of my life.

I’ve also been blessed with a “Single, White, Female” moment.  A girl I knew from work needed to move, and I needed a roommate.  If it’s too good to be true, it usually is.  After a few months, my best friend noticed my roommate was looking more and more like me.  She cut her hair, dyed it and started mimicking my style.

She didn’t stop there.  She started talking like me and formed an unhealthy crush on my boyfriend.  She stopped hanging out with everyone else and expected me to do the same.

By the time I realized what was happening it was too late.  She freaked out when I told her I was leaving.  She threatened to kill herself after she accused me of using her.  Once she started spreading rumors about me to my employer, I had to quit.  A few days later, while she was at work, I packed my things and left.  She called me for months after.  I never answered and have not talked to her since.

Luckily, I learned a few invaluable lessons through those epic roommate fails.  Once I started taking the time to understand who I would be living with instead of merely seeing a house by the beach or a convenient situation, I found the most remarkable, fun-loving, memorable roommates – girls I consider life-long friends.  And, as we know ladies, finding good girlfriends is not an easy feat.

Home is suppose to be a sanctuary, not just a place to lay your head and store your stuff. The moral of the story is choose wisely.  There is nothing better than coming home from a long day at school and being surrounded by friends who understand you need some quiet time to study,  a shoulder to cry on, an ear to vent to, or a night in with a couple bottles of wine and a good old-fashioned panty-wearing pillow fight.