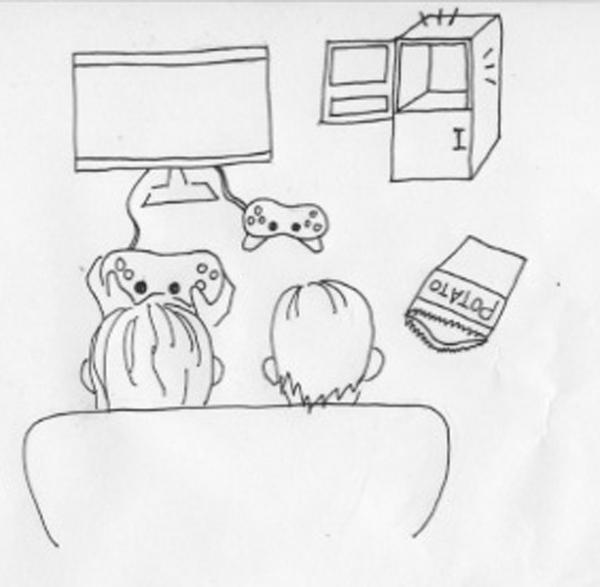 To live with guys is not only testosterone pumped Mario Kart tournaments, empty fridges and passive aggressive post-its glued to the microwave – although this sums it up quite well.

When you stumble upon your future roommates stuck in a crowded elevator and decide to live with them five minutes in, you throw yourself in at the deep end of the pool; however, I really hit the jackpot when it comes to finding roommates.

After I decided to leave the ever-closing walls of my childhood home in Sweden, I quickly came to the realization that rent devours a significant part of a person’s wallet. After giving that about a two-second thought, I saw salvation within roommates.

As a quite oblivious person that always tries to see the best in people, I disregarded woes of caution and ended up moving in with two people I only knew from having ridden with them in an elevator together once. Today, I regard these people as two of my closest friends.

For the time being, I am living with four guys in a three-bedroom apartment. This living arrangement might seem dreadful to some, but I can, without a doubt, say that it is thrilling and entertaining on so many levels.

In this bachelor pad, you could enter a war zone of adult, yet mentally regressed men, shooting small foam bullets from toy guns across the living room at each other in order to decide who will take care of the dishes.

Most might say that seems childish, and that is completely true, but that is what happens when five young men, who just moved out from the comfort of their childhood homes, move in together – they become brothers.

However, similar to living at one’s parents’ place, sharing an apartment with others also has its downsides.

Imagine a scenario where you come home late and are on the brink of starvation after a rough day, only to be met by a mountain of dishes and an empty fridge. Yet, the only thing more annoying than the fact that you need to scavenge food from the dark corners of the cupboards is that you have no right to blame your fellow roommates since they are equally entitled to the food.

Moreover, you might find yourself locked out when your roommates assume you are at home after a night on the town. After desperate attempts to call the already sound asleep roommates, you challenge yourself to climb the tree outside the apartment in order to get onto the balcony, and the hopefully unlocked door there.

Obviously the balcony door is locked, and not only are your pants destroyed after some failed, and possibly dangerous, climbing attempts, you also find yourself spending the night on the balcony floor.

Scenarios of this nature come with the territory and will, sometimes, result in you projecting anger onto post-it notes later found throughout the common spaces of the apartment.

Although annoying moments are bound to happen, the good really does weigh out the bad in the long run, and I can assure that you and your roommates will write history, even if it just turns out to be for your own mind’s autobiography.