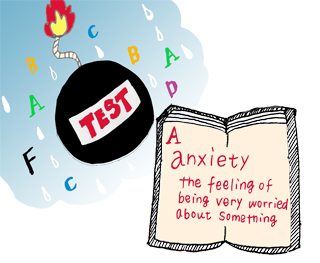 My first day on campus lasted 15 minutes. Last summer, I enrolled in a six-week course, but I had been out of school for over a year and so I had forgotten how to be a student.

My class began at 8:00 a.m, but I arrived 15 minutes late. I had missed my first bus, and the second bus ran off schedule and arrived 20 minutes late. I knew I would have to walk into the classroom late, and the thought paralyzed me. I wanted to be taken seriously as a student, and some part of me thought arriving late to class would tarnish my flawless reputation.

I began to rationalize. It would be okay if I just went home. It would be fine if I put off returning to school for just one more semester. But, I knew I had people counting on me. I had such a strong support system, and I was even more afraid of letting them down. So I chose to face my fear head on. I got off the bus and began the shortest and one of the most painful journeys of my college career.

I must have circled the campus twenty times. Every time I came back around, I passed the same bush, the same coffee cart, and the same student studying on the grass. I had no clue where I was going, lost and too afraid to ask a stranger for directions. I glanced at my watch: 8:25 a.m.

I had no idea what to do. I could either keep looking for the classroom or go home and try again in six months.

After I lost my internal battle, I found myself locked in a bathroom stall in tears. I was inconsolable. My heart was pounding, I was sweating, and I could feel myself getting lightheaded. It felt like a 20-pound weight was crushing my chest. I thought I was going to die and nothing could save me. I was positive I was in danger and I wanted nothing more than to escape.

I was experiencing a panic attack.

I took this experience as a sign from the universe that I was not physically or emotionally ready to go back to college. I needed to take one more semester off to prepare. I gathered my things, went home and dropped the course. I had let my anxiety get the best of me yet again.

The National Institute of Mental Health (NMHI) defines anxiety as a normal reaction to stress. According to NMHI, anxiety can be beneficial in harmful situations, but for approximately 62 percent of college students, it can be excessive and destructive.

According to the National Alliance of Mental Health (NAMI), anxiety can be genetic.

“Anxiety sometimes runs in families, but no one knows for sure why some people have it while others don’t.”

According to NAMI, most adults who suffering from anxiety start experiencing symptoms during their teenage years.

“Anxiety develops slowly,” the site said. “It often starts during the teen years or young adulthood. Symptoms may get better or worse at different times, and often are worse during times of stress.”

Anxiety is diagnosed when a person continuously worries about daily life for six months, according to NAMI. Approximately 6.8 million adults suffer from anxiety.

“Individuals are coming in more anxious than I’ve ever seen before, all the time,” said Davis.

Crescent Orpelli, the mental health therapist on campus, said there is a stigma surrounding anxiety that prevents students from getting help

“The biggest thing that prevents students from coming in is the fear of what other people think and the fear of the unknown,” Orpelli said.

Davis said he encourages students struggling with anxiety issues to get help.

“It isn’t a shameful thing, it’s more of something they have to recognize, and I don’t think a lot of students know what it is,” Davis said.

Tina Anderson-Wahlberg, director of the Disabled Students Programs and Services, said students need to advocate for themselves and not be afraid.

“It is important to focus on the strengths and develop strategies to maintain a healthy lifestyle while living with anxiety,” she said.

Anderson-Wahlberg said there are many accommodations for students who have been diagnosed with anxiety.

“The types of accommodations we are able to provide include, extra time on tests, a quiet room to take tests in, and/ or a possible referral to speak to a mental health therapist.” Anderson-Wahlberg said.

Davis said it is possible to live a healthy life with anxiety.

“Adults who struggle with anxiety don’t get rid of it, they learn to live with it,” Davis said.

“Some healthy distractions include exercising, becoming one with nature, and taking time to unplug for a certain amount of time each week.” Davis said.

Orpelli said having a support system and practicing meditation could be extremely helpful in managing anxiety.

“It is important to have a supportive network,” she said. “It is necessary to have allies to confide in,” Orpelli said.

“Time management allows students with anxiety to follow a schedule. There is less time to worry with a consistent schedule,” she said.

Davis said it is imperative to remember that there is hope.