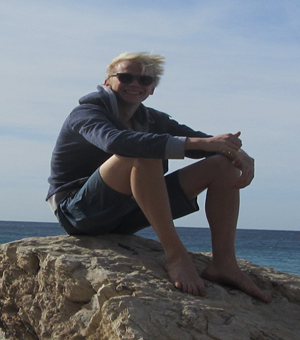 Los Angeles has managed to maintain its reputation of endless entertainment, as the city offers countless invitations to excitement, every minute of every day, to anyone who is willing to nibble the angel’s bait.

Residing under the ever-pleasant sun, this city never fails to deliver thrills in any form.

For someone who comes from a country that bears a striking resemblance to an ice cube during the winter months, Los Angeles is like a surreal and eternal desert oasis of excitement all year long.

Much like how a child always tries to play with other childrens’ toys, I believe that everyone longs for something they do not have. My toy was simply to get as far away from my seemingly predestined life in Sweden and that was why I decided to embark on my journey to the New World.

One morning a year ago I overslept and ran down the icy streets of Stockholm in utter darkness at 8 a.m. desperately trying to catch the bus, which I missed after slipping and falling while glimpsing the taillights as they receded into the distance.

As I waited for the next bus in the minus-zero temperature, my hair quickly turned into icicles, as it was the only part of my body that was not covered in what an Angeleno would consider clothing meant for exploring the Arctic Circle.

When I finally entered the bus that was several minutes late, I was packed into the overfilled crowd of transport with people whose morning had progressed in the same manner as mine. When I miraculously got to work on time, the sun just cautiously started to illuminate the city through a thick layer of clouds.

When I got off of work at 5 p.m., I once again ventured out into the seemingly eternal darkness and biting cold of Swedish winter, when the sun rises at 8.30 a.m. and sets at 3 p.m.

Today, I find myself driving down to the beach, with a surfboard mounted to the car roof.

Of course, I am a bit biased. Sweden offers excitement in its own way, even during the winter.

I have yet to find a city that provides a more pleasant experience than Stockholm during its mild summer nights, when the sun illuminates the pearl of the Baltic Sea up to 20 hours a day.

One can explore the countless islands of the Stockholm archipelago or just sit by the iconic waterfront of the city’s vast channels until the town falls into slumber.

Even if the snow-covered city fails to astonish the locals, the winterland would surely leave an Angeleno speechless, with its white streets being brightened by the Christmas lighting that decorates nearly every apartment window.

However, while residing in Sweden, I tend to minimize my outdoor adventures during the harsh months, telling myself it is the same as the previous year, only to dream of the waves breaking on Manhattan Beach.

A year ago, I would have been lying on the couch, wrapped in numerous blankets and weighing the pros against the cons of getting out of my state of hibernation in order to find some excitement. Now that I live in Los Angeles, the cons are hard to find.

During the last month here, I have done more exciting things than I would have had I been living through the Swedish winter.

I have seen five live shows in Silver Lake, gone surfing in San Diego, hiked in Echo Park and experienced the nightlife of Hollywood Boulevard.

Every day delivers a possibility of adventure, whether it is a live show or an invitation to an evening at a rooftop bar.

Granted, I try to fill every dull moment that I experience here with something exciting, since the voice in my head tells me it would be a waste not to.

“You will find yourself in that icebox soon enough,” the little voice says.

However, it is not only that.

Los Angeles simply offers more opportunities than other cities I have had the pleasure to live in. For example, the opportunity to go see a moderately famous band in the middle of the week, like I have done here several times over the last month, would be a rarity in Stockholm.

When a year ago I lay couch-ridden or did my best not to trip on the ice and become a part of a YouTube fail-compilation video, it is hard not to appreciate the possibility of going surfing in December or substituting sunglasses for an Arctic expedition outfit.

Still, what I appreciate most is actually being able to wake up after the sun has risen.

To conclude, after living here for almost a year, I am hooked on many of the things Los Angeles offers, and if you are considering moving to Sweden, I have warned you. The summers are nearly unbeatable, but the rest of the year is treacherous as it comes with darkness and frostbite.