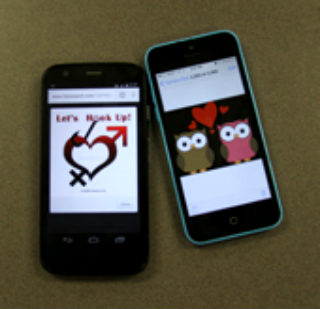 For many people today — particularly those in their late teens and early 20s who grew up around social media — dating is like a chore. With school and work taking top priority, most would rather give in to the “hookup” culture of today’s youth rather than foster healthy, long-lasting relationships.

It is often said that people in their 20s are living “the selfish years” and experiencing an ever-changing process of self-discovery. Excuses like  “I don’t want to be distracted by a serious relationship” or “I’m young; it’s my time to mess around” are aplenty.

Blockbuster movies like “No Strings Attached” and “Friends With Benefits” encourage a hookup culture, making it seem normal to have one-night stands with virtual strangers and base an entire relationship simply on how good someone is in bed or how attractive they are.

Dating apps like Tinder and OkCupid perpetuate the convenience of a one-night stand over a relationship. Users can simply scroll down or swipe right and e-message a stranger that has caught their eye for a date. Often times, however, the relationships last about as long as it took the strangers to find each other online.

This hookup phenomenon reflects a fear of communication and a fear of commitment. Although social media sites like Facebook, Snapchat, and text messaging have made communication faster than ever, they have also contributed to making it less substantial and fulfilling.

Communication today primarily occurs through texting and social media, which makes face-to-face conversations more difficult and awkward. It is easier to feel more confident at being flirtatious when someone does not actually have to look the other person in the eye; however, once the virtual barrier is removed, communicating in person becomes a tedious process.

A fear of rejection, particularly among 20-somethings whose confidence is still sensitive and usually nonexistent, also pushes many to be as impersonal as possible. Rather than simply asking somebody for dinner and setting a date, most will send a very safe, neutral text that typically goes something like this: “Hey, maybe at some point this week we can get lunch if you want?”

The lack of assertiveness in a text like this only emphasizes how fearful people are of rejection, causing them to sound as if they do not really care about the answer when they really do. Nobody likes getting hurt, but in trying too hard to stave off rejection, many jeopardize potentially wonderful and loving relationships.

Like Taylor Swift said in her song “The Story of Us,” budding relationships among today’s youth are like contests to see “who can act like they care less.”

Establishing a casually sexual relationship with “no strings attached” is the easier alternative, as it allows people to fulfill their physical needs without messy emotional entanglements. However, although it seems as though there are no feelings involved, many are left feeling empty and wishing their partners for the night would take an interest in them outside of the bedroom.

Not only are casual hookups and one-night stands emotionally unsatisfying, but they are dangerous as well. Sleeping with somebody after only knowing them for a few hours or days is not the safest way to go and increases risks of contracting a sexually transmitted disease if both parties are not careful.

According to US News, one in five Americans have an STD. A growing hookup culture does not do wonders for these statistics. The more we surrender to a culture of hooking up and having these “open relationships,” the more difficult it becomes to date properly.

Old movies and sitcoms show young couples who were eager to date and actually made an effort despite their fears of rejection. Just a little more than two decades ago, people did not have phone apps like Instagram that allowed them to scroll back 76 weeks and see what their love interests were up at a certain point in their lives. Nor did they have to worry about  accidentally like their photos with a slight tap and coming off as stalkers.

People actually used to communicate face-to-face and got to know each other without hiding behind a phone or computer screen.

As a group, we have to establish change and recognize that we do not know how to date. It may be intimidating to make ourselves vulnerable and make uncomfortable small talk, but it is much more captivating, and far less nerve-wracking than trying to analyze a text and wonder why a love interest did not include an emoji.

The quicker we learn to communicate and stop obsessing over why they opened our Snapchats before texting us back, the better off we will be. The less we rely on Tinder to make matches for us, the better chance we have at making a match for ourselves.