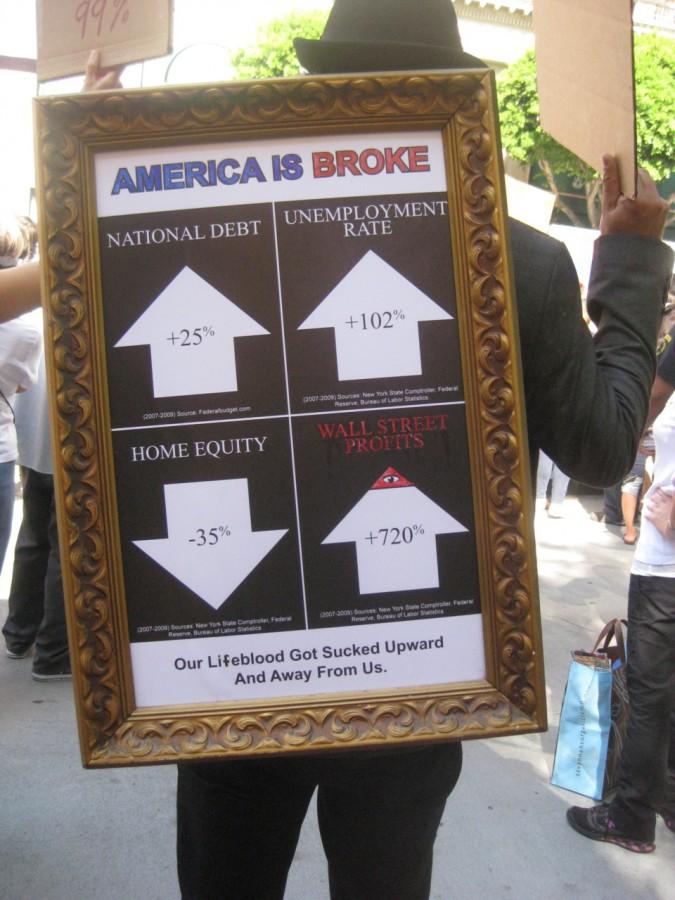 Read this if you are serious about changing the United States of America.

Protesting is a great thing, but protests in America have a history of being pointedly ineffective. Conversely, European protests almost always bring change. There are some things we can learn from this.

If you’re an American, the ideas you have about how to protest are probably American ones. I’m going to ask you to forget almost all of them. I know it seems like many failed protests are the result of an ignorant government, but there are things we can do to improve our odds.

First, a warning. There are a few key dangers in a protest — especially one of this magnitude — and unless we make ourselves aware of these, they could ruin everything. Protests are effective when done properly, but the entire movement can be spoiled by the smallest group of wayward extremists. The worst of these extremists experience the Dunning-Kruger Effect, which causes an inability to comprehend that you’re acting really crazy.

The majority of attendees at any protest are good people who come for good reason. This holds especially true with the occupation protests happening now. You guys are awesome, and I appreciate that more than I can say. I love you, and I love your dedication. But there are a few mistakes that most people don’t even realize can really hurt the protest and water down the message we’re trying to send.

I used to live in Helsinki, Finland. I saw protesters outside of the Parliament building every single day, and I asked my host mom why they bothered.

“What do you mean why do they bother? Because they have an issue. This is how they solve it.”

She explained that in Finland, and in most of Europe, protesting works. The politicians need only look out their window to see a clear, unified message on the peoples’ signs, and their message was understood, which fueled real action. Each day focused on a different issue. Never was more than one thing requested at a time.

Above is a photo of a Finnish protest against proposed nuclear plants.

To the right is a photo I took on the morning of the Occupy Los Angeles march to City Hall: 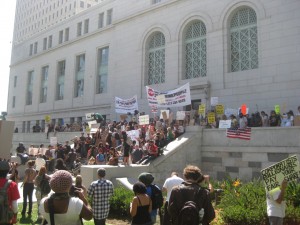 At first glance, these are just two pictures of protesters on the steps of government buildings with signs. But their differences are really important in understanding why one works and the other often does not.

The most obvious difference is the number of people, of course. But after taking into account that there are six million people in the entire country of Finland, we can put that aside. After all, the more people, the better. We have them there, and that’s awesome.

But now look at what the people are wearing. The people in the first photo don’t work at the Finnish parliament, and they’re certainly not working in that photo. But they’re dressed in business attire simply because they mean business. Even behind the goofy masks and costumes, we can see the collared shirts and dress shoes. If we dress like we don’t take ourselves seriously, we can’t expect anyone else to take us seriously, either. I’m not saying that the people in the Occupy LA picture are terrible dressers. But consider this: If your attire says “We should play ultimate Frisbee after this” more than it says “We’ve come here because we mean business,” then you might be doing it wrong. I purposely omitted the photos of those who were dressed as “hippies” from head to toe because they were not in the majority. But in order for our demands to be taken seriously, we need to step up our game.

You may not believe that appearance makes a difference, but in a protest, media coverage is vital in spreading our message. Those who are unfamiliar with our movement (there are still many) are much more likely to side with the folks in the first photo than the ones wearing tie-dye shirts and bandannas over their mouths. Why? Because people have sympathy for people they feel they can relate to. And we need those middle-management types on our side just as much as we need everyone. We are all victims of a broken system.

Imagine learning about the Occupy Wall Street movement for the first time. What does a Guy Fawkes mask mean to an average American? If it requires an explanation, it’s a bad idea, because the explanation will likely never reach the viewers. All they know is what they see, and most will only join in if they understand and appreciate what they see. We’re asking people to take time off work to protest against something they aren’t even sure they understand. We need to fix that by being obvious in what we present to the public. And bandanas over our noses and mouths will likely only send the message that we expect to need to shield our faces once this movement escalates to gas weaponry. That’s not a very welcome invitation to come out and join us, is it?

Maybe you believe that you will eventually need to shield your face. It’s hard to ignore the pepper spray incidents our friends in New York have faced. But I hope that you hope that doesn’t happen here. So far, the LAPD has been nothing short of generous to us. Even in a permit-crazy city like LA, we’re being allowed to make the grass outside of City Hall our temporary homes — without any formal permission. That’s amazing.

And no matter your past experiences, please remember that not all cops are bad. In fact, most are good. It takes a brave person to join a police force in a city with a significant rate of gang-related crime, and most power-hungry evil people would steer clear of a job where they risk being shot to death every day.

The LAPD is here to protect us, and even if they bother you for a minute, it’s only to protect someone else. Please don’t forget that. Never take it personally, because they don’t know you. That’s why they have to make sure you’re a good guy. Let them know, without a doubt, that we all are. Those officers are in the 99 percent with us, and they know it.

They just can’t show it while they’re on duty.

Chanting is a great way to draw attention to our cause, but only specific chants should be used in a serious protest. I witnessed dozens of passers-by during the march asking what exactly we were protesting. Many people answered with things like, “the 1 percent ruined the economy and the 99 percent are paying for it.” This is the basic idea, but those people often still leave confused. Protests should be specific, and even though this one is leaderless, we know what it is we want. Drum circles only make us look like the protesters of our ineffective past. Drums are fun, but they have no place at this protest, because they have absolutely nothing to do with our message or our movement.

We can do this right, and we can keep the LAPD as our most important allies for the duration of this protest.

If we remain peaceful, law-abiding, and respectful to our neighbors and our officers, we have no reason to lose trust, and they have no reason not to trust us.

We’re here because the system is broken, and it’s hurting us. As true and powerful as this message is, it is a complaint without a solution. I’ve seen many proposed solutions on signs, but they’re all different.

The European protests I witnessed always focused on one single request, and the request was a solution created by the people. It was never simply “this isn’t fair.” It certainly isn’t fair, but as it stands, the only way for We, the people, to regain representation in the political arena is to repair the corporate-controlled campaign system.

Once corporate campaign buyouts are made illegal, we can elect representatives that represent us. If corporations can’t fund them anymore, they have no reason to pass legislation that puts corporations before people.

We need to focus on one request at a time, and demanding the outlawing of corporate-funded political campaign bribes will make the long road ahead much easier for all of us.

We need as many signs as we can to say the same thing. Deliver the same message. We want a law to protect the people from political campaign funding by corporate interests. This is what we need first, and we will get it if we stick together.

We’re just getting started, so let’s take simple steps to get the ball rolling. We are all prepared to work to achieve every single goal on our signs, but we can’t expect it all at once. It’s time to focus, because it’s time for Wall Street to recognize that we are the majority, this is a democracy, and we mean business.