Diversity, Equity and Inclusion: A Transformative Committee at GCC 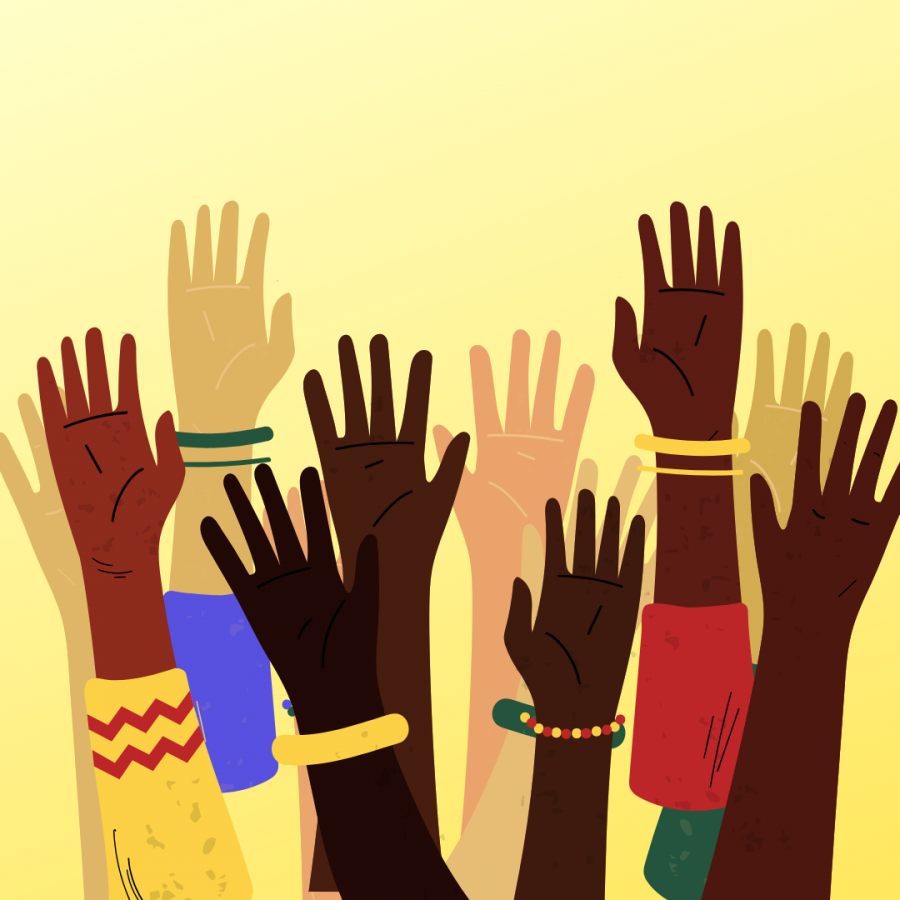 Americans were confronted with the reality of racial inequality after the death of George Floyd last spring sparked nationwide protests. Glendale Community College administrators were tasked with addressing what systemic racism meant at GCC. They issued a statement condemning racism and urged education at GCC to provide the skills to be “actively anti-racist” rather than complicit in human-rights violations.

Pressure from the Black Student Union, in the form of a series of demands presented to administrators last summer, kickstarted creation of the Diversity, Equity and Inclusion Committee,  providing a chance for GCC to address systemic disparities in a meaningful and all-encompassing way. The result could transform the cultural landscape of the college.

“I’ve been wanting something like this as soon as I started working at GCC six years ago.” said DEI chair and art professor, April Bey.

DEI and its diverse 15-member team has broad goals of serving as a place for students and faculty to approach diversity, access, equity, and inclusion.

“The DEI website still needs to be fleshed out, but there will be an online submission for grievances. There is a task force dealing with professional development for faculty to come up with DEI-focused training, classroom redesign recommendations, and more diverse academic content with an interdisciplinary lens. There is a task force on an institutional master plan to work on what the college as a whole values. We are also going to be looking at the hiring of diverse faculty and maintaining their retention at the school,” Bey said. “Finally, there will be funding recommendations to help students with the climate on campus.”

According to Bey, the school’s statement last month regarding hate crimes and violence against Asian-Americans was mostly researched and authored by the DEI committee, and part of its ongoing role will be managing GCC statements relating to racial issues.

GCC’s press release last year on Floyd’s death while in the custody of Minneapolis police neglected to mention the words “Black” or “African-American” once throughout the message. For some, that omission negated the reality of why Floyd’s death was so tragic.

Bey said, “I know that the function of GCC’s statement was to be supportive, but all of the statements made during that time felt violent to Black people because this isn’t a new occurrence for us. We’ve been seeing this and talking about it and otherwise being ignored. Institutional violence against Black people perpetuates what happened to George Floyd. We collectively had an angry, ‘I told you so’ moment.”

As of Fall 2019, GCC’s enrollment  was 50.4% white or Caucasian including Armenians, with Black/African-American students representing 3.3%. A climate survey conducted by the Faculty Institute on September 11, 2020 to assess the racial climate on campus also revealed that GCC’s Black students consistently ranked their experience at the college lower than students of other racial groups, saying they felt underrepresented in faculty, unwelcome and unsafe to discuss their needs on the basis of their racial identity.

“If you ever come to a DEI meeting, you’ll see that this committee is very diverse, in terms of student representation to faculty representation and staff,” and this was an important characteristic because as Bey said, “How can administration and faculty know what we need if they don’t look like us?”

“I just want to make it easy for students to get their education, and make it easy for faculty to give it to them. I’d like to see if we can change the climate at GCC. This never would’ve happened without students, like in the Black Student Union, and when students of all backgrounds tell administration that they want to go to a school that shares their values,” then that’s what creates real change.

GCC’s administration could not be reached for comment on this story.

Manifa Baghomian can be reached at [email protected]