For some, the verdict was hailed as a victory for free speech 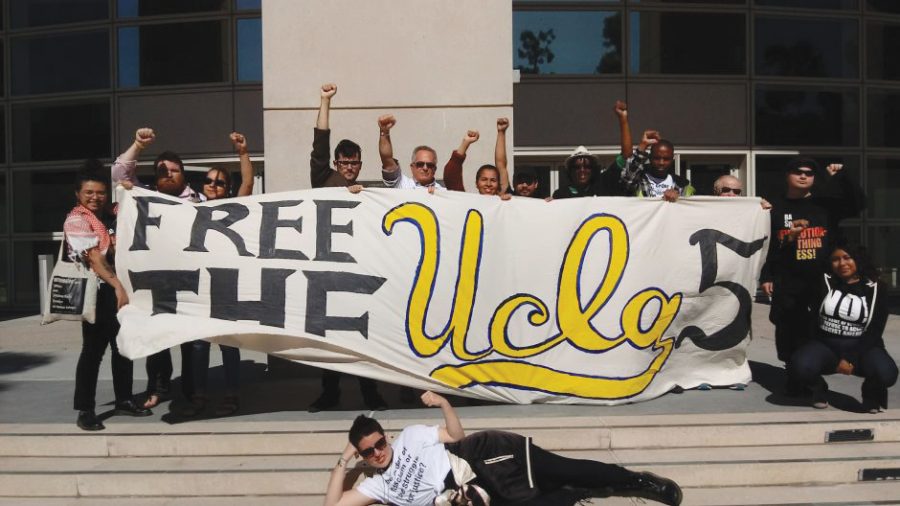 Members of the group Refuse Fascism who were arrested on charges of trespassing, disrupting the peace, and resisting arrest when they confronted Treasury Secretary Steven Mnuchin at a conference at UCLA in February 2018 were found not guilty on all counts on Friday at the Airport Courthouse in Inglewood after two days of jury deliberations.

The issue of free speech on campus has become a hot-button issue, and many visiting college and University speakers face a contingent who represent an opposing view and express it loudly. School administrators and campus police face a quagmire of issues in these cases.

One of the questions raised during the trial centered on the degree that left-wing groups were being targeted by police. It was disclosed during the trial that the LAPD had been spying on Refuse Fascism meetings at an Echo Park church and the University of California Police Department had also been keeping track of them and other leftist groups at UCLA.

“This acquittal is a victory,” Tara Deloria, one of the defendants said in a statement on Oct.11. “It is important that people on the jury saw the stakes and took the right stand, but this should never have gone to trial in the first place. And it has to be asked why UCLA and City Attorney Mike Feuer are going to such great lengths to prosecute people who were calling out and trying to prevent all of this. At a time that the university should be protecting students, critical thinking, and the right to dissent this prosecution is an outrage and a facilitation of fascism.”

“The fact is that we were put through a two-week trial for exposing the crimes that this fascist regime is committing in the world while criminals are sitting in the highest seats of power,” defendant Michelle Xai told El Vaquero.

UCLA administrators had gone along with Mnuchin’s request to suppress the video of the incident until a public records act was filed by the Society of Professional Journalists and the campus was forced to release it, according to refusefacism.org. It was also shown that the UCPD’s office had delayed presenting evidence which showed lesions on the wrists of several of the protestors, according to defendant Atlas Winfrey, who told El Vaquero that “UCLA administrators and the UCPD suppressed evidence and that UCLA’s newspaper The Daily Bruin had refused to print an op-ed about the case by a student. These two things show that UCLA was complicit.”

In a statement to El Vaquero, defendant Luna Hernandez said, “the fact that we were proved not guilty is significant but the fight is not over. The fascists are still in power and unless we act in the interests of humanity, we’re not gonna have a future.”

Refuse Fascism is planning an Oct. 19 “Trump and Pence must go” protest in L.A. More information is available at: refusefacism.org