Instructor receives the Parker Award for Teacher of the Year 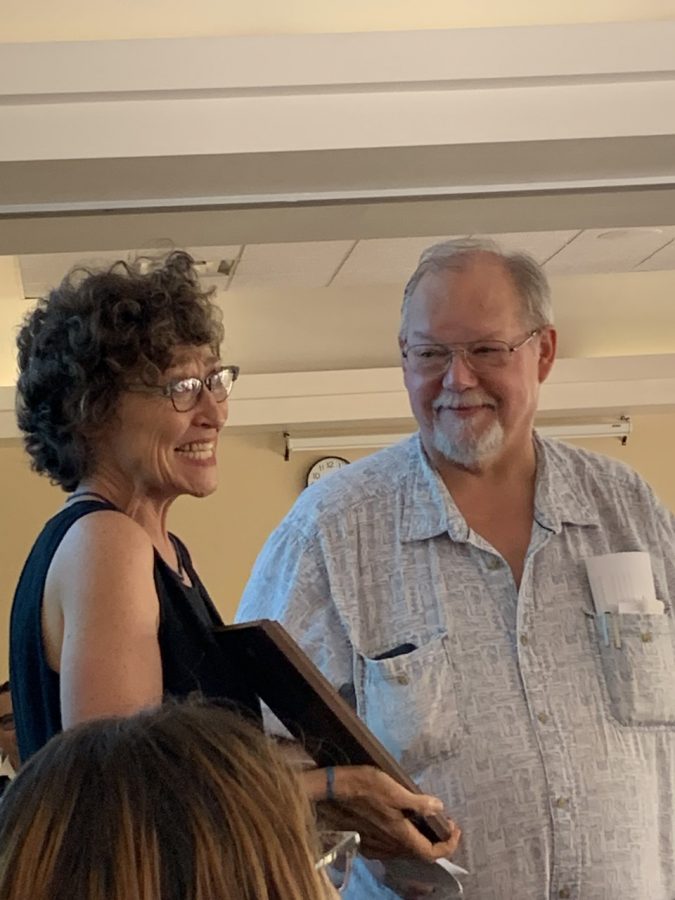 Andrew Young of the math department was the recipient of the Parker Award for Teacher of  the Year at the Academic Senate Parker Luncheon on Faculty Institute Day, Sept. 13 at the Student Center. The award was presented by Arda Tahakia, representative for Senator Portantino’s office, and Victoria Docheghlian, representative for Laura Friedman of the 43rd Assembly district. Professor Young was then presented with a pen and a check for $1,000 by Chris Hahn of the Glendale College Foundation. The event was hosted by Academic Senate President Piper Rooney and organized by Frankie Strong.

Professor Young, who has a Master’s in Mathematics from UC San Diego, has been hired and tenured twice at GCC. The first time he joined the faculty full-time was 1984 where he worked until he had to give up this position in 1989 due to heart problems. He then started a computer company with some friends and was the primary author of what became the de facto industry standard for CD- and DVD-file system extensions for Unix. He returned to GCC in 2003 for his second tenured stint.

Calculus is one of Andrew Young’s great passions and he tries to extend that to his students. He is now involved in printing 3D models of mathematical equations and has inspired students to create their own models of space-time curves and vectors. His campus office is reportedly full of many strange looking 3D objects.

He is also passionate about faculty involvement and governance and has served three times as President of the Academic Senate. He is currently active on several GCC Committees, “only three or four,” he said.

Professor Young spoke about happiness and proceeded to demonstrate, using a bell curve, the gradations between happiness and unhappiness, pointing out that the middle ground is contentment, and said he is basically content with that.  He then offered these life lessons:

Love your work. “I love teaching late at night because any day that ends with Calculus is a good day.”

Planning your life: “ If you can’t think of a good reason to say no, consider saying yes.”

Don’t overdo it. After a bout with pneumonia and  more heart issues he is building up his stamina and reducing his activities to those of a normal human.

Accompanied by his wife Sandy, his greatest passion, and other members of his family, Professor Young extended his thanks to the Senate, Liz Russell and the math department, his  family and everyone who helped him when he had health problems. He received a standing ovation.