New legislation supported by California Community College Chancellor Eloy Ortiz Oakley is purported to increase funding to the state’s community colleges, providing additional aid on to of the state’s ‘Promise’ 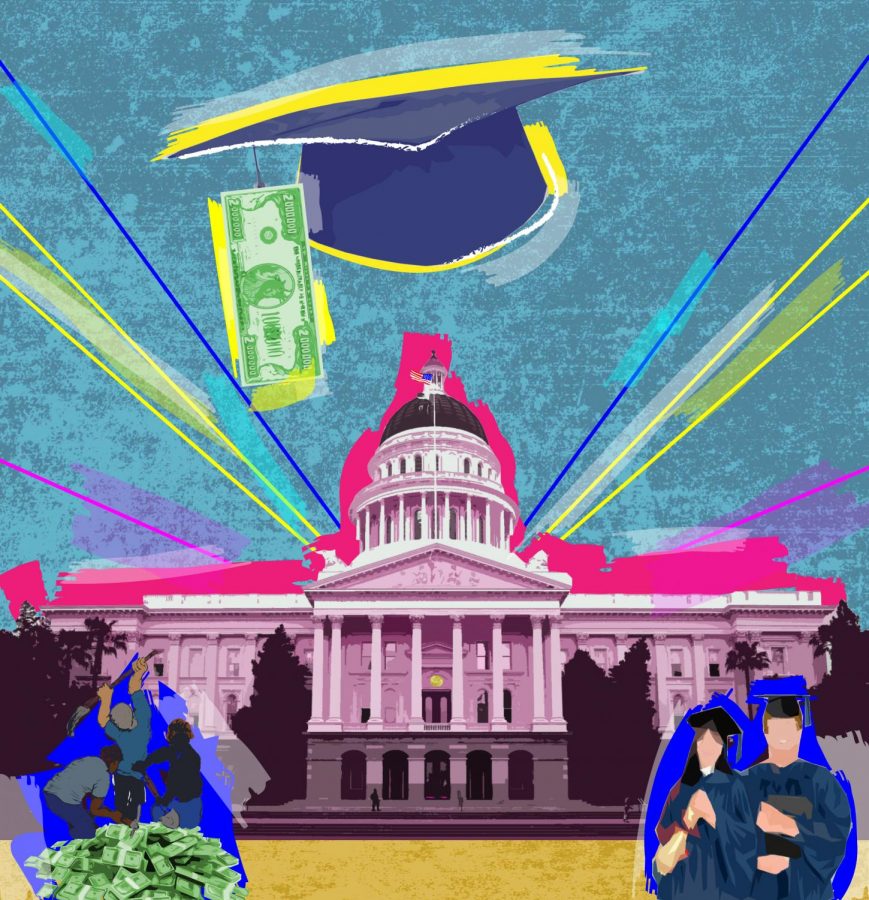 In hopes to minimize financial burden on community college students, State Senator Connie M. Leyva (D-Chino), along with other state senators and assembly members, wrote and introduced Senate-Bill 291, which seeks to increase funding for community colleges to provide extra monetary support to those who qualify.

In an email interview, Christina Jimenez, the public information officer of the CCC chancellor’s office, noted that this proposal is to make sure that more need-based financial aid is available to community college students beyond just tuition. In addition, “[it] will support students with basic needs such as food and housing insecurity.”

To further muster up a supporter base for the push of SB-291, Eloy Ortiz Oakley, Chancellor of the California Community Colleges, hosted a teleconference during which, he shared important details about SB-291.

“[The bill] would create a new student financial aid program specifically for community college students to address the disparity between the current levels of financial aid and the true cost of college such as rent, transportation, textbooks and more,” a statement put out by the Chancellor’s office read.

Supporters refer to a Hope Center report that suggests that the 19 percent — or about 399,000 of California’s 2.1 million community college students — have been homeless in the past year. The Hope Center is a policy and research institute that seeks to rethink and restructure higher education, including “ social policies, practices, and resources.”

According to most recently available data from the U.S. Department of Education, 36 percent of students at Glendale College received an income-based federal Pell grant “intended for low-income students.” Anecdotally, moreover, El Vaquero staff has been in touch with students who struggle with homelessness and face food insecurity.

“My generation was able to afford college and textbooks on a minimum wage salary.  While I worked 3 days a week and went to school 2 days a week for 4 years, I never was strapped for money or the ability to pay for gasoline, food, books, entertainment, or my tuition,” said Ellen Oppenberg, who runs the college’s Food Pantry. “I have seen this catastrophically change in this state. The same did not happen for the next generation in my family.  My daughters attended community college first and then transferred to CSUN. They also worked but were not able to afford the same things I could when I was a college student.The price tag on books and tuition had increased to such an extent that it was impossible for them to afford it and have money left over. ”

For some students, they expressed that they are forced to pick between a meal and bus-ride home. In addition, textbook and school supplies often take up much of the monthly budget of the student. That could, in turn, lead students to take out loans, or use their credit cards to make these purchases.

One GCC student, who recently lost her car in a vehicle collision, said that she has faced economic insecurity as a result.

“Without financial aid we cannot function,” the student told El Vaquero. “Sometimes, [it] is a choice of travel to school or to get food. Food has to win for us to stay alive, but we feel disgusted and depressed when we are trying so hard and financial aid does not help us.”

While a popular idea, many during the teleconference questioned if this was a realistic goal and tried to better understand the funding sources. “[It] comes from the state of California’s General Fund,” said Jimenez, who added that the “state legislature appropriates funds it has in its budget.”

The Los Angeles Times found that in its first year, SB-291 will require an increase of $250 million from California’s general fund to go towards financial aid. By 2024, this budget increase will rise to a massive $1.5 billion.

“My concern is that community college has long been an affordable way of getting a quality education,” said Rory Cohen, the advisor to the Journalism Department at GCC and a policy writer. “By opening the door to putting a hefty price tag on a two-year college education and calling for greater federal funding through the Department of Education, we may be inadvertently raising the cost of a two-year education which is currently considerably low.”

She added that there is a current California Promise which makes college free for a year and that the state Legislature is pushing for a second year being free as well. “Most students are currently studying for free, even without the California Promise. Some say that the California Promise doesn’t take non-tuition costs into account but they seem to ignore that a community college wasn’t built to operate the way a four-year dorming institution does. It’s built to help working parents, those with jobs on the side, and we’re the organization that welcomes non-traditional students, who in my experience have always been the most amazing, vibrant individuals.”

Cohen expressed that as an instructor, she strongly believes in aiding students who come from lower socioeconomic backgrounds, praising the college’s Food Pantry as one initiative and colleagues that go the extra mile for their students. However, she added that there are already many state and federal programs that aid individuals who grapple with financial insecurity, such as through supplemental income or welfare, and through free health insurance. “I certainly don’t speak for the college, though I do speak on this matter as someone who has written about policy for more than 10 years,” she said. “Like other ‘nice in theory’ initiatives from Sacramento, such as the bullet train, I believe there’s a precedent to slow down and look at the long-term consequences in a country where we already spend more on education than every other developed country except for Luxembourg but have students that amass critical levels of debt in the process of achieving their educational goals. This is my concern — that we may be inflating the cost of a two-year education,” she said. “So far, I haven’t seen a single legislator actually address it and the implication is that if you do, you don’t care about students which is the furthest thing from the truth.”

The CCC Chancellor’s office encourages all those in support of the bill to reach out to their legislators by emailing their concerns.