How this crisis is affecting us all 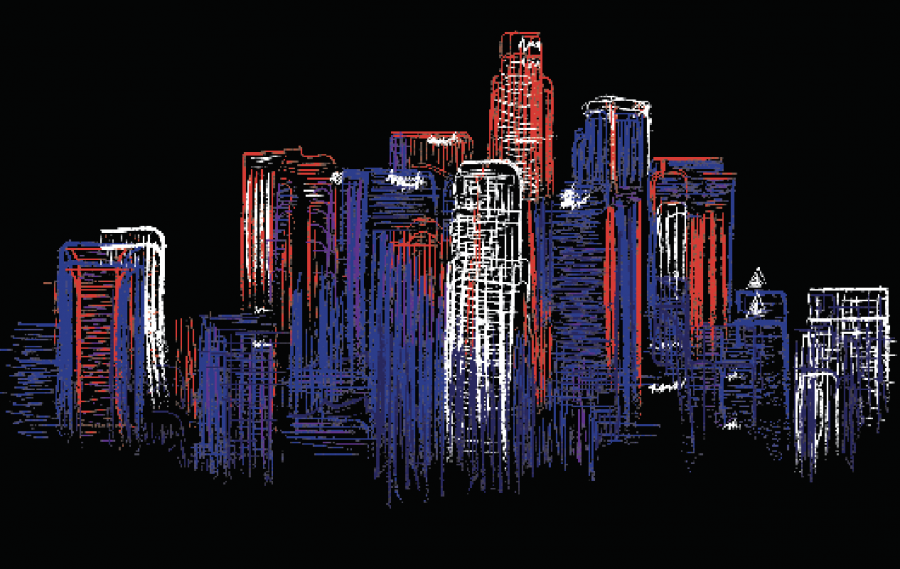 Consider a staggering fact: just one of four Los Angeles County residents make enough to purchase a median-priced home in their area, suggesting that incomes have yet to catch up with the drastic spike in housing prices witnessed over the last decade. This doesn’t only pose a threat of economic instability for buyers and renters, but also creates a societal class imbalance. It has meant a significant delay in milestone events for millennials – some of whom end up chasing out-of-state housing opportunities.

A general rule advises that no more than 30 percent of one’s monthly gross income should be spent on housing. That 1969 principle stems from the advocacy of Sen. Edward Brooke who called for housing affordability. Today, however, the idea of spending less than a third on housing costs is simply unfeasible. That is certainly true for 75 percent of Angelenos, as they do not earn nearly enough to fall into those less than “one-third” parameters.

“Many Americans are [seeing] a theme that involves their income and wealth being expropriated through various channels,” said Richard Kamei, sociology professor at Glendale Community College. “The low pay they receive for their work, high mortgage or rent that they pay [and] the exorbitant interest on their credit card debt,” Kamei elaborated, are stifling middle-class Americans.

Unable to decide which California home to buy? A mid-century craftsman or a ranch-style home? For most in L.A., they can’t afford either. However, opportunities are nearly boundless across the midwest and even some parts of the east coast.

During the first quarter of 2017, over 19,000 Californians moved out of state to do just this. A large chunk of these migrants settled in cities boasting relatively affordable housing conditions. Las Vegas, Dallas, Austin and Kansas City are just a few regions marked by opportunity. Statistical data suggests that even though wages in Texas are lower than in California, purchasing a home within the Lone Star State remains far more feasible than in California.

According to Zillow, the median price for a single-family home in Texas is currently $277,062 – less than half of what a median priced home costs in California, when comparing just prices and not condition or size of a property. A $500,000 price tag can get you a mansion in a San Antonio but barely pays for a two bedroom apartment in Glendale.

In addition, an average Texas resident earns a yearly income of $68,000. Simple calculations would suggest that a Dallas resident adequately falls within the 30 percent payment rule. To put it into perspective, an individual can probably afford to purchase a house as a single buyer without a need to pool resources, assuming they earn an average income in Texas.

A change in the electoral map

The sheer volume of Californians unable to find housing in their own state has led many to flee its sunny beaches and seek residential opportunities in more affordable areas in the country. As a result, the blue state’s diaspora has grown in neighboring states like Colorado, Nevada and Texas – once traditionally known for their more conservative ideologies. Now, these states are shifting toward a different hue: purple.

“The gains made by Democrats in Texas at the various governmental levels during the 2018 midterm elections were interesting,” emphasized Kamei. “This is definitely a positive sign for progressives. On the other hand, there are some Americans who are feeling threatened by the rapid changes occurring in their states and the country.”

Ultimately, Californians who relocate to other states and cities, and cause a shift in migration pattern, do indeed appear to effect a change in local and national politics. Pot is now decriminalized in Colorado and Nevada. Just last November, Democratic candidates like Kyrsten Sinema of Arizona and Ben McAdams of Utah, were elected to represent their congressional districts.

To stay and to rent’

Neo, an executive member of the Glendale Tenants Union, has lived in different Los Angeles neighborhoods and cities for 25 years, and said that he has seen how the increase of new luxury apartment complexes in neighboring areas. In an interview, Neo, who only uses a first name, said that this has degraded tenant-landlord relations in more traditional “mom-and-pop” style apartment buildings all across Glendale.

A common change, he said, is the constant “keep-up” game that landlords of small properties try to play with those of larger apartment communities. Seeing the excessively high rent in these luxury apartments, owners of smaller buildings become eager to make higher earnings out of their homes. What ends up happening, is that these property owners, raise the rent so much that one can no longer afford it. Left with no choice, many move out to more affordable areas which are further away from work. According to Neo, once the old tenants are out, the owner does small “surface” renovations, which will then call for a higher rent of 30 to 100 percent more than before.

“Glendale Unified School District teachers who can’t afford to live in [the city] are now moving to places like Palmdale to afford a living, but end up having to commute to work,” expressed Neo. While it seems far-fetched, many teachers are earning far below $60,000 a year. The California Housing Partnership recently announced that an individual in Los Angeles needs to earn at least $33 an hour – almost $69,000 a year – to afford renting in the county.

Yet the median household income here is at an insufficient $54,432 per household. In addition, $33 an hour is more than double the highest minimum wage proposed by Mayor Eric Garcetti. When campaigning for the increase, he argued that this would make it easier for workers to live their American Dream.

This begs the question of whether an ordinary millennial can actually make it alone in the city, where ironically “dreams come true.” Sure, they can make it, but they must hold positions of a lawyer ($104,249), or perhaps a software engineer ($82,669), or they should at least be a marketing manager ($66,538). Even in those roles, individuals may be burdened by an additional burden: student loan debt.

More common occupations in the city typically pay much below that $33 mark. If you’re lucky to hold down the post of an office secretary, you’ll earn a whopping $17 an hour. If you work as a preschool teacher, guess what? You’re in for a treat of a solid $13.68 an hour.

None of these numbers actually add up to cover basic needs, especially in a city where the cost of living is 43 percent higher than the national average, data firm payscale.com found.

What happens to the teachers, secretaries and paramedics of L.A.? They once epitomized the middle class, but that section of society is shrinking and becoming poorer. This middle class cross-section of society has seen a “decrease” that “was often substantial” in the last three years, according to a Pew Research Center report. Some of those numbers have stabilized in the last year, but there is no denying that the middle class is losing ground, two different Pew Research Center studies showed.

A study from the Census Bureau earlier this year suggested that millennials are earning more than ever before, promoting many headlines that appeared to cheer the apparent end of financial hardship for this cohort of Americans. However, a New York Times report noted that the gains were “driven by increased employment, rather than increased pay.” In fact, the Times piece pointed to data in the Census survey which found that “both male and female full-time workers actually declined last year, but that drop was offset in the national data by the increase in the number of people with jobs.”

In addition to that, college-loan debt balances in the country have jumped to an all-time high of $1.4 trillion, according to a recent report by Experian.

This very fact has taken a big toll on the mental health of those in debt – possibly made worse by the fact that millennials are also contending with a tough job market, which has yet to see much of a gain.

Moreover, payscale.com data suggests that despite being “overconfident,” only 37 percent of millennials have actually asked for a raise. Just 43 percent of those who asked received the pay increase they wanted. It is presumed that the ultimate cause of this is the fear of jeopardizing or losing one’s position in the case that they simply ask. The competitive market only adds to the anxiety, once again reminding workers of the “easily replaceable” philosophy.

“We know from research that financial stress is a major factor in conflicts that occur within the family,” explained Kamei. “I believe that the problem itself is big enough to eventually cause a shift in attitude on society as a whole.