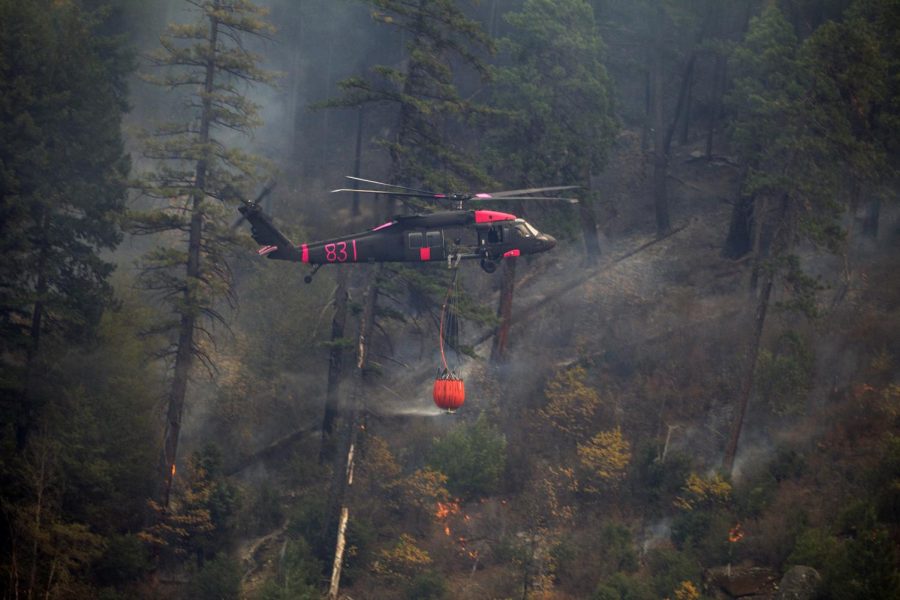 Crews battle the fire up in northern California. At least 88 people died in the Camp Fire.

Setting a record for the deadliest and most destructive fire in the state’s history the Camp Fire, affecting Butte County in Northern Calif., is responsible for the extensive damage 151,000 acres including almost 14,000 structures, according to Cal Fire. It also has the highest death toll with a 85 of confirmed fatalities and over 203 still missing as of Nov. 27. The fire managed to wipe out the entire town of Paradise, Calif., leaving little to be salvaged. The fire was officially contained on Nov. 25.

The Woolsey Fire affected Ventura County, including Malibu, Calabasas and Thousand Oaks. Three deaths have been attributed to the fire. It burned nearly 100,000 of acres and 1,500 structures, some of which were celebrity homes. Similarly to the Camp Fire, it was difficult to control but was fully contained on Nov. 21, several days after the fire started. A few other less serious fires on the outskirts of Los Angeles County are currently being contained. Additionally, two smaller fires broke out in Griffith Park and Hollywood Hills. Luckily, they were much smaller in comparison and were extinguished quickly.

Fueled by the dry environment and high wind speed, the fires were able to gain a lot of ground in a very short span of time. Mandatory evacuations were ordered to residents of threatened areas, instructing them to relocate to a safe area immediately. Escaping with only their lives, many did not have time to pack their essentials or cherished possessions, leaving their homes and its entirety at the mercy of the fire. Due to the difficulty of getting the fires under control, many said goodbye to their homes as they stood, for the last time.

Faced with expensive nightly hotel rates and California’s pre-existing housing crisis, options for sudden short-term housing are extremely limited for those affected by the fires. Many evacuees took shelter with friends or family, in designated safe houses, or with charities such as Airbnb Open Homes, that relocates people to their uninhabited homes at no cost.

Sadly, some had no choice but to build makeshift homes out of tents, leaving them partially exposed to the elements and living without the necessities of running water, sanitary toilets, heat or a way to prep food without lighting a fire. Communities of evacuees in this predicament have joined together to form “Tent Cities” for support, protection, and to pool resources. Most are doing everything they can, to make the best of their situation, while they wait in uncertainty for the potentially life-altering news about their homes, livelihoods and futures.

In a dead heat battle, firefighters and fire crews, including those from multiple surrounding states and counties, tirelessly worked around the clock to lead evacuees to safety, contain the fires, and keep the damage to a minimum. Recent rainfall helped the firefighters contain the blaze, but also poses an additional threat in the form of mudslides. Since the fire has left the vegetation charred and the terrain barren, the ground is more exposed than normal. With nothing to hold the soil in place, dirt and rocks can tumble freely. This puts those on the front lines of the fires at an increased level of danger as well as cause more structural destruction, delaying the evacuees’ return home.

Search and rescue crews have been deployed in the areas where the fires and been extinguished. There mission is to survey the damage and rescue any survivors. The scene has been described as apocalyptic and haunting.

Malfunctioning power lines are the suspected cause of the Camp Fire. A number of lawsuits against the PG&E up north and Southern California Edison in Southern California have already been filed by affected residents citing failure to prevent the disaster by hesitating to send out crews sooner. However, officials have not yet confirmed what initiated the fire. Additionally, the cause of the Woolsey fire is still under investigation and currently remains unknown.