Students, faculty expressed thanks for the new technology, which helps put program on the map 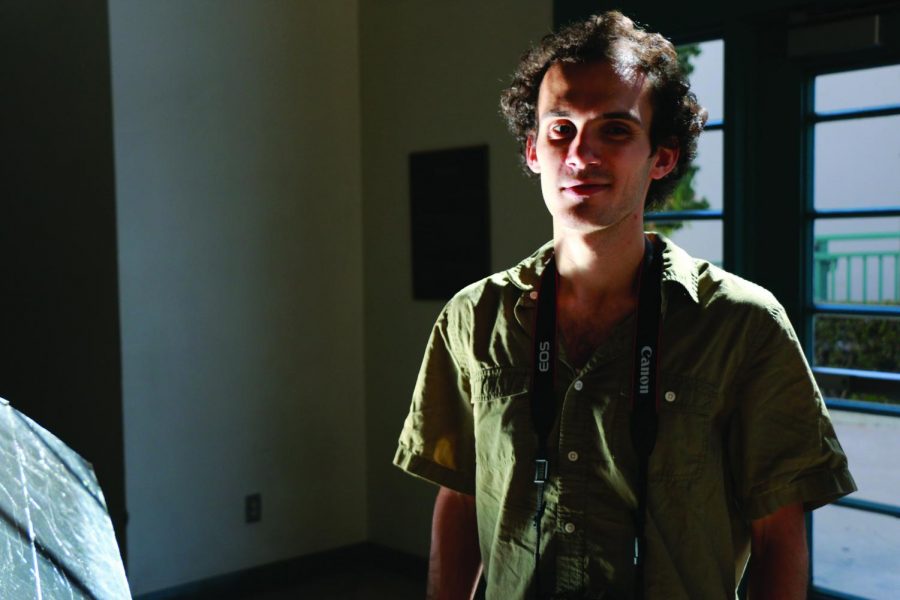 Hayk Rostomyan is pictured in this photo taken by a photojournalism student practicing his craft.

It’s been a year of rapid change in the Journalism Program at Glendale Community College, which has presented innumerable opportunities for students. Most recently, the Glendale College Foundation approved a grant for the Journalism Program and El Vaquero that was used to purchase five new DSLR Canon cameras that has assisted photo journalism and news production classes alike in getting higher quality photos.

“I greatly appreciate what the Foundation does at GCC,” said Terri Thuente, an adjunct photojournalism instructor whose class is tasked with taking photos for the school paper. “Students can’t afford these cameras.” Thuente, whose students check out the cameras, added that the new equipment help in getting better photos for sports and campus event shots. “Students get a lot better work from this equipment.”

The mission of the Journalism Program at Glendale Community College prides itself on exposing students to print, digital and broadcast elements of modern journalism.

“I honestly love it!” said Hayk Rostomyan, who is senior production manager with El Vaquero and TV production major. “These cameras allow us to record high quality videos in 16:9 aspect ratio and are very user friendly, which helps in training newer students coming on board to the paper. The microphones also allow for better audio in interviews. Just this semester, we have recorded multiple broadcast segments and podcasts that we feature in QR codes within our newspaper.”

The Foundation was launched in 1983 when members of the community sought to establish a charitable organization to support the college’s facilities and its programs.

Donate to the Foundation at bit.ly/GCCFoundation.