Campus Evactuated Due to Gas Leak 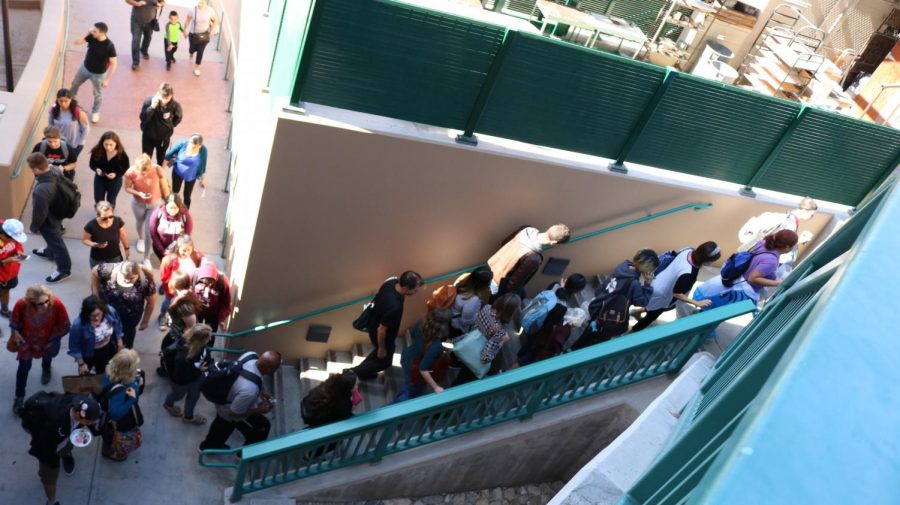 As directed by officials, students rush to get off campus for safety on Oct. 31.

Trick or Treat? On Halloween, Glendale College had a very real gas leak scare that caused the campus to evacuate shortly after 1 p.m. and cancel classes for the remainder of the day.

GCC Student Leonardo Romano, 19, was walking to his English class at the Auditorium building when he smelled something strong. He was stopped by a police officer, telling people by the Plaza Vaquero to “go north or go home,” Romano explained. He learned that there was a gas leak on campus, so he followed the stream of people towards the San Gabriel building where most of them waited for more information, until campus authorities asked everyone to leave campus.

Students, faculty, and staff had concerns, though, about the Nixle alert system, which didn’t work due to reception issues in some building.

Stephanie Samuelian, 24, a GCC student, was in the Aviation Arts building when she also noticed a strange smell. “We didn’t get evacuated until someone in class told the teacher that we’re all getting evacuated,” Samuelian said.

That was the case for several students El Vaquero staff interviewed.

David Glover, Instructor of Computer Science at GCC, was in the middle of his lecture in the San Rafael building, next to where the gas leak happened. It was not until staff came and evacuated people, that he noticed something happened. “They were pretty fast in evacuating us, and I left my notebook and everything upstairs,” Glover said.

Workers standing next to the security line tape by the east side of the San Rafael building declined to comment.