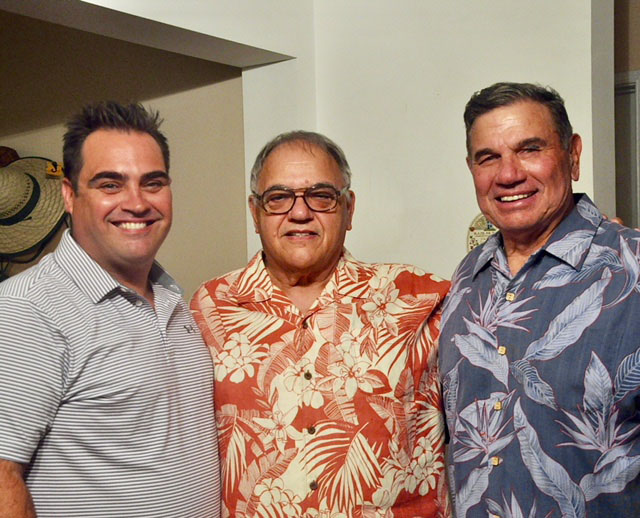 As Glendale College enters its 91st year of athletic competition, a familiar face in a new position will lead the department into a different era.

Chris Cicuto, the former head coach for the GCC baseball team since 2004, has been hired as the interim Associate Dean of Athletics.

The irony of the hire is that Cicuto will be replacing his father John Cicuto, who was the GCC Athletic Director and held the position from 2007 until he retired in 2018 after 43 years at the college.

“Coach John Cicuto is viewed not only by Glendale College, but [by] the entire state of California as one of the most respectable, trustworthy, hardworking and fair individuals I’ve ever been around,’’ Cicuto said about his father’s legacy. “Not only has it been a great opportunity to have him as my supervisor, but a bonus to have him as my father as well.”

While this sudden adjustment from coaching one of the best baseball programs in the state and being a tenured instructor has been a whirlwind change for Cicuto, putting away all of his baseball gear and moving on from that has been no easy task.

“In [the] last meeting I had with my baseball team, I got very emotional,” he confessed. “Not only because I was going to miss the day-to-day, but I was emotional. I was excited and proud that my coaches are moving six inches over on the bench, Cicuto said.”

As Cicuto hands over the reigns of the team to former Assistant Head Coach Alex Kocol.

Cicuto has no regrets over the move to the administrative side of athletics.

For the past several years, Cicuto has served as an Assistant Athletic Director, but that increased workload never showed on the field, as the Vaqueros captured their sixth Western State Conference Championships in 2017.

But that wasn’t all.

The 2017 season also saw Cicuto win his 300th career game at Glendale and in typical fashion, he credits his coaches and players for any honors he has earned such as much his being named WSC Coach of the Year six times, as well as the American Baseball Coaches Association Coach of the Year for the Pacific Region in 2011.

“Handing the coaching responsibilities off to Alex Kocol, I couldn’t be more excited for him and the rest of the staff,’’ he said.  “They are prepared, they are ready, they deserve it and they’ve earned these increased opportunities for themselves.”

He said he will miss the moments celebrating success with his coaching staff and players and counts the high transfer rate of his players as one of his proudest accomplishments. But as he digs into his new challenge of overseeing 16 sports he is also dealt with the looming day-to-day construction issues of the Verdugo Gym.

Cicuto is optimistic about the future of Glendale College Athletics.

“I am here for all the coaches and if they want my perspective on coaching techniques or strategies, I am always willing to share what I know, like my father did and Jim Sartoris did before him,” Cicuto explained.

“My responsibility is to keep the entire department moving forward and trying to improve the life of the student athletes and the coaches’ day in and day out.”